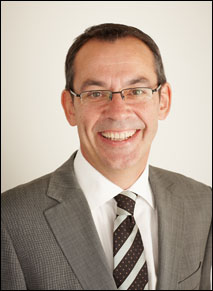 blog One of the most visible NBN Co executives over the past several years has been the company’s Head of Product Development and Industry Relations, Jim Hassell. Hassell formerly led Sun Microsystems in Australia and took a leading role at NBN Co helping to define the company’s wholesale products, working closely with retail ISPs and the industry in general to do so. After NBN Co chief executive Mike Quigley and perhaps Head of Corporate Kevin Brown, Hassell has been the company’s public ‘face’. And now, just two and a half years after he joined the company, he’s leaving.

To be honest, I can’t help but see this move as quite disappointing on Hassell’s part. Quitting NBN Co just as its hitting its ramp-up phase and it’s about to start delivering? Not such a great move, in my opinion. Hassell will be missing out on all the fun stuff. The media release this morning:

“Former SingTel Optus and Telstra executive John Simon will join NBN Co in the New Year as the company’s new Head of Product and Sales.

The appointment follows the announcement this morning that Jim Hassell has resigned from NBN Co to take up the role of Group Chief Executive Officer of the transmission network business Broadcast Australia, where he served previously as Chief Operating Officer.

Mr Simon joins NBN Co following more than a decade at SingTel Optus in a number of senior roles, most recently as Managing Director, Strategy, Corporate Development and Transformation. He served at Telstra in the 1990s in its multimedia business.

NBN Co CEO Mike Quigley said: “I’m pleased to welcome John Simon to the executive team. He brings to the company a wealth of experience in telecommunications and technology strategy that will help consolidate relationships and continue to develop products that meet the requirements of our industry customers and consumers.

“At the same time, I congratulate Jim on his new role and thank him for his outstanding contribution to NBN Co. He leaves the company in an excellent position to build on his achievements in developing the Wholesale Broadband Agreement and the associated negotiations with industry, which culminated in the signing up to the NBN telephone and internet service providers that represent over 95 per cent of the retail market.”

There’s also been a minor promotion in the company’s regulatory affairs division:

“Caroline has demonstrated outstanding leadership in her development of the long-term regulatory framework governing access to the National Broadband Network. The document, known as the Special Access Undertaking, is currently going through the ACCC’s industry consultation process as part of its consideration of the undertaking. I am pleased to add her talent and expertise to the executive team.” Ms Lovell will assume her new position in the New Year. Mr Hassell will depart in mid- February 2013 following a handover period.