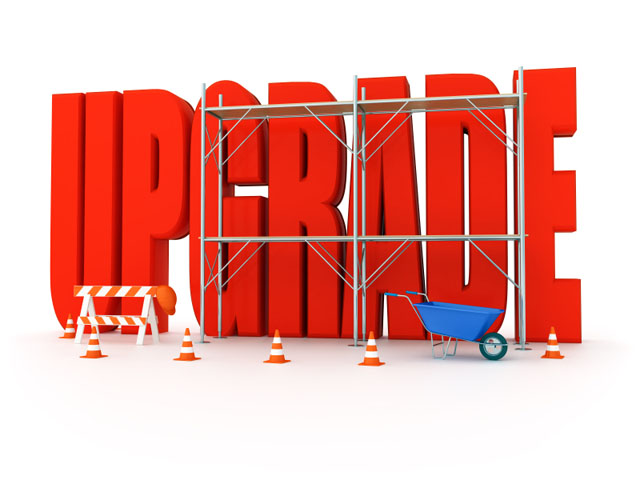 news National broadband provider iiNet appears to have broadly begun harmonising the broadband plan prices of its new subsidiary TransACT with its plans available on the Network Broadband Network infrastructure, in a move which is slated to deliver significantly enhanced value to TransACT customers.

TransACT has fibre infrastructure in Canberra and Victoria and about 40,000 customers spread throughout the two locations. iiNet bought the company in November last year, but hasn’t done much to integrate its service offerings with those of iiNet itself, as it has done previously with other acquisitions such as Netspace, Westnet and and AAPT’s consumer division.

However, in an email to one customer seen by Delimiter this week, TransACT and its Grapevine retail brand noted that after the company had recently become “part of the iiNet family”, it was announcing a range of “brand new plans” for customers on TransACT’s fibre network. For this particular customer, TransACT told them, it meant that: “Thanks to iiNet we’ll be upgrading your service giving you 500GB in peak quota and 500GB in off-peak quota each month, plus you will also have access to super-fast download speeds of 100 Mbps – at no extra cost!”

The customer’s fibre plan costs about the same — $109.90 a month — but now features dramatically improved speeds — from an original 10Mbps down and 2Mbps up to new speeds of 100Mbps down and 40Mbps up. Quota has also been boosted from a total of 200GB (100GB on- and off-peak) to a terabyte (500GB on- and off-peak). Shaping speeds once that quota has been exhausted have also been boosted, from 128kbps to 256kbps.

“In addition, during December we’ll bring your Grapevine account across to iiNet,” the email stated. “Once you’re on board you’ll enjoy the benefits of being an iiNet customer, including access to our award-winning Customer Service Team, cool new products, and much more. As part of the switch we will be moving you to a new billing system with a new-look invoice. You’ll still receive a TransACT invoice outlining your service access charges and phone usage charges as per usual.” The email was in the name of iiNet customer marketing manager Adam Levin.

It broadly appears as if iiNet is attempting to harmonise TransACT’s plan structure with that of its National Broadband Network fibre pricing, which uses similar technology to that of TransACT’s network. iiNet offers three quota tiers for its NBN pricing, at 40GB, 200GB and terabyte levels (split in half to account for on- and off-peak pricing) and four speed tiers ranging from 12Mbps to 100Mbps.

Similarly, it appears as if TransACT will now offer fibre customers 40GB, 200GB and terabyte plans with three speed tiers — 12Mbps, 25Mbps and 100Mbps, at similar price points to iiNet’s NBN plans when you bundle a telephone line in. TransACT will also offer customers an extra tier of bundled plans including its pay TV service.

The new plans have been received positively by TransACT customers discussing them on Whirlpool. “Congratulations iiNet. These plans are much much better,” wrote one. “Fingers crossed for those of us (such as me) in VDSL1 areas that something similar happens for us.” And another wrote: “Holy shit you guys, FINALLY something right: 100mbps; 500gb/500gb quota; $109.90; THAT is value, thank you MM.” The comment appeared to refer to iiNet chief executive Michael Malone.

iiNet customer service representative Matthew Jones, posting on Whirlpool, noted that existing TransACT fibre customers could move to the new offerings without any penalties and maintain their current contract terms and bundle terms. In addition, customers will be automatically migrated to the new plans.

“You don’t need to make these changes yourself (as some of you are noticing now),” he wrote. “We’ll be migrating existing customers over to the new plans automatically and you’ll be receiving notifications to your email address that’s used for invoicing and other communications from TransACT. Some notable exceptions for customers in Harrison Stage 4, Coombs, Wright or Fyshwick – you’ll not receive new port speeds until TransACT receive regulatory approval on our exempted network areas. Once new speeds are approved by the regulatory body in exempted network areas, your port speeds will automatically be changed to the same as the equivalent plans offered. I don’t have any timeframes on when this will occur on hand at the moment.”

Jones said he would be “the first person to openly admit that iiNet’s TransACT plans have needed an overhaul (especially from a consumer perspective) for quite some time”. He added: “I got pestered about them by friends for months and there was a rather lengthy thread on the iiNet subforum that would constantly bump up to the front page and haunt me.”

However, not everyone appears to be happy about the new plans. Brian Morris, a representative of Netspeed, an ISP which resells access to TransACT infrastructure, questioned in a post on Whirlpool whether ISP partners of TransACT would receive the same favourable terms as retail customers. “The TransACT wholesale group seem unable to answer this vital question,” he wrote.