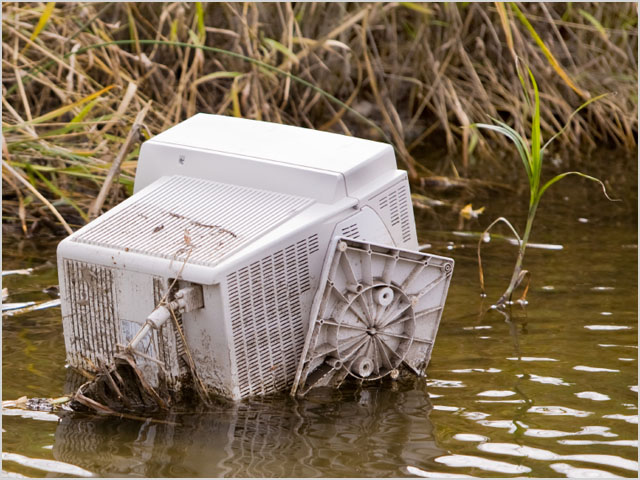 news The nation’s biggest telco Telstra has opened up another front in its ongoing struggle against being forced to sell naked DSL services to customers and other ISPs, arguing that selling naked DSL would cause a significantly higher number of costly network faults from water damage than other types of broadband services.

A number of Telstra’s major rivals, such as iiNet and TPG, have sold so-called ‘naked DSL’ services, where ADSL broadband is provided to customers without the requirements of a bundled traditional PSTN telephone line, for half a decade. iiNet, for example, first launched naked DSL to customers in November 2007, and had 131,000 customers using the service in June last year. Many of iiNet’s customers bundle cheap IP telephony services with its naked DSL platform. However, Telstra has consistently declined to provide the service to customers, preferring instead to sell bundled services including monthly traditional PSTN line rental plans, which are typically more expensive than IP telephony options.

The Australian Competition and Consumer Commission is currently examining the case for stronger regulation of the way in which Telstra provides wholesale ADSL services to retail ISPs such as iiNet, TPG and Optus. However, Telstra has proven extremely reluctant to pursue the case for naked DSL. In a submission to the regulator published in September, Telstra argued that deploying naked DSL would require it to undertake significant development of its IT systems, and in a new submission filed last week (and first reported by iTNews), the telco went further.

In its new submission (available online in PDF format), Telstra argued that offering a naked DSL service would cause “increased fault rates” in its network. The telco noted that its copper network could suffer “corrosion” caused by “moist air” and “actual water ingress” to the cables which make up its infrastructure. For high-quality, high-cost broadband services based on the SHDSL/BDSL standards, Telstra wrote, international standards provided a way to cope with this issue through the use of a “continuous wetting current” of several milliamps which ran from telephone exchanges to a “sink” in the high-end SHDSL end-user modem.

The telco added: “However, for ADSL services, which were designed to work on the same line as [traditional voice telephone lines], the underlying telephone service performs the wetting function, with the loop current breaking through the oxide layer whenever the handset is lifted. Hence there is no provision for wetting current in the ADSL standards, and neither the exchange DSLAM nor the customer modem supports wetting current.”

Telstra noted that those ISPs – almost all of its rivals – which currently sold naked DSL currently used the unbundled local loop wholesale service which it sold them, or by acquiring naked DSL services from other wholesale providers. Based on this knowledge, Telstra said, it had compared the number of faults (known as ‘interference investigation requests’) on ULLS connections versus those on traditional bundled telephone line connections over a six month period. It provided a table detailing such faults, although the actual statistics in the table were blacked out in its ACCC submission.

Telstra noted in its submission that it expected the charges for these claimed additional naked DSL faults to be passed on to end users by their ISPs. And those charges could be substantial. During business hours, this kind of fault investigation would cost an initial $85, plus $35 for every 15 minutes, and after hours $270, plus $50 for every 15 minutes.

“While it is difficult to forecast the demand for a Naked [wholesale ADSL or WDSL] service – if such a service was to be mandated – it is clear that the likely result would be a higher rate of Interference investigation requests, with the attendant costs and poorer service quality for end users than is the case for WDSL services today,” Telstra wrote. “Clearly, such a requirement would also impose costs upon Telstra – its technicians would be required to spend a greater proportion of their time identifying and rectifying the faults that result from the lack of an underlying PSTN service, on top of the existing levels of field work that they are already required to carry out.”

“For these reasons (and those set out in Section 3 of its August submission), Telstra considers that the Commission must recognise that a requirement to provide a wholesale Naked DSL offer would (subject to there being demand for such a service) lead to an increase in fault rates, and impose greater costs to identify and rectify faults as they occur.”

Telstra additionally claimed, using the submissions of other telcos such as iiNet and AAPT, that its rivals were aware of the issue. For example, AAPT wrote in a prior submission that in its opinion, any quality difference between PSTN-based ADSL broadband and naked DSL “seems to be of little relevance”. iiNet and Adam Internet (which Telstra has since announced it will acquire) also appeared to argue that the issue was not relevant to the naked DSL debate.

Despite its unwillingness to modify its systems to sell either retail or wholesale naked DSL services, Telstra has actually conducted a trial in the past of naked DSL services on its network. The company kicked off a trial of naked DSL services in early June 2010, stating that it would conduct a two-year pilot of the services. However, the trial was quickly canned in October the following year, with the telco confirming it would not launch naked DSL as a commercial service.

It is believed that Telstra did not modify its IT systems to handle naked DSL during the trial, but instead applied billing credits to customers on the trial to cover the cost of their PSTN telephone service, in a manual process.

opinion/analysis
Without further supporting evidence, I find it very hard to know which side is right in this case. Is Telstra technically correct, that naked DSL services are inherently less stable and more prone to faults than those broadband services based on traditional ADSL? Right now, it’s pretty hard to tell on a national scale, as Telstra pointed out, because current naked DSL services are actually based on Telstra’s wholesale ULLS product, in which it appears that a traditional telephone line is actually technically connected, but just not used. The wholesale naked DSL service which Telstra’s rivals are seeking from it right now is a fundamentally different type of product.

However, personally I do find it very hard to take Telstra’s objections on this issue seriously. Is the issue of water damage seriously that big an issue for Telstra that there would be a difference in quality between naked DSL and traditional ADSL broadband connections? I highly doubt it. Years of experience has meant that I broadly trust telcos such as iiNet on this issue. With all the experience iiNet has troubleshooting broadband faults originating within Telstra’s network, I would think iiNet would have come across this issue and have an opinion worth listening to by now. Personally I suspect that this new rationale will go down as just another one in the long list of ridiculous excuses which Telstra has publicly broadcast over the years as new salvos in its ongoing war to prevent it being forced to provide naked DSL services to customers – a service which customers clearly want.