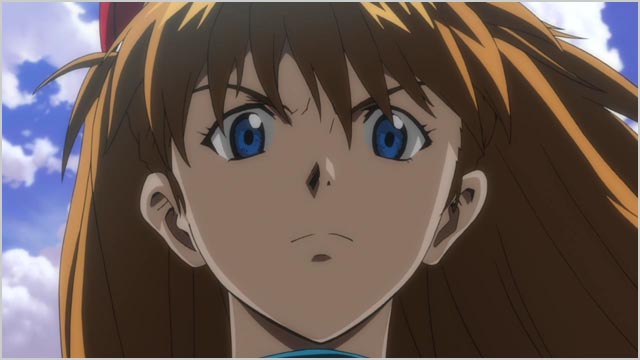 This article is by John Lenarcic, Lecturer in Business IT & Logistics at RMIT University. It was first published on The Conversation and is re-published here with permission.

analysis Will the long tail of the internet be docked by the fastidious imposition of GST to online purchases?

Australian retailers have been lobbying the federal government to up the ante on online GST by lowering the tax-free limit so that it would apply to transactions under $1000 AUD. Some have argued that the so-called low value threshold on online transactions should be as minuscule as $30. But will an unintended consequence of this penny-pinching obsession of the moment be the death-knell of one potential killer application of electronic commerce?

Chris Anderson of Wired magazine popularised the notion of the “long tail” as a nascent retailing strategy in an October 2004 article which he then spun out into the book, The Long Tail: Why the Future of Business Is Selling Less of More. The sub-title of the book gives away the gist — namely that Anderson’s idea of the long tail is a type of consumer demographic in which business profits could be made by selling small volumes of rare items to many patrons over a longer period of time.

Anderson argues that niche products or those that have an insubstantial sales volume can consolidate a market share through aggregation that matches or outperforms the somewhat sparse array of current bestsellers and blockbusters in the entertainment arena, provided that the store or distribution mechanism is big enough to handle the ebb and flow. While runaway hits such as Fifty Shades of Grey can be purchased even in some enlightened supermarkets, alongside cartons of milk and other mundane essentials, obscurities such as the out-of-print 1992 novel Demogorgon by British horror author Brian Lumley can still be bought via Amazon for as little as a cent (with its current ranking in the Books category being 1,997,167.)

The demand curve of the long tail in retailing can literally go on forever as new consumers emerge to desire niche products, particularly those emanating from popular culture. What could attract these prospective customers? The blogosphere and other social media forums in their own unique way support the long tail of knowledge, creating a networked infrastructure with a distribution power that can disseminate a greater number of otherwise hard-to-find nuggets of wisdom in small quantities than more popular chunks of knowledge that are available en masse.

Digital word-of-mouth about non-mainstream pop culture treasures can then inspire the curious to wander in search through Amazon, eBay or other specialty online stores. However, the thrill of the hunt could be dampened or even extinguished with the burden of an online GST. (Incidentally, is the purpose of this tax chiefly to add to government coffers and thereby increase the greater good down the track, or is it really designed to be a behavioural speed-bump encouraging people to buy local while trying to think global?)

Let’s examine the pop culture phenomenon of film music and how it could be marginalised even further as result of an online GST. Film music in this context applies to orchestral or instrumental soundtracks such as those produced by the likes of Bernard Herrmann, Jerry Goldsmith or John Williams. Film score appreciation currently enjoys a steadfast cult following amongst a small community of enthusiasts who are more often than not both a listener with an eclectic knowledge of particular genres of film, as well as being a die-hard collector of CDs or LPs. (Cult here implies a certain kind of studied exclusivity, the hallmark of which is usually exaggerated zeal in its devotees for something that is cool specifically because it may not have mass appeal.)

Because of the narrow demand for this artistic product, the major recorded music companies tend not to release these on compact disc for mass consumption. Indeed, film music suffered from a de facto music “apartheid” system in the retail game and it would have been segregated out of existence if it wasn’t for the saving grace of the internet’s long tail.

Though currently distributed through digital media platforms such as iTunes, the range of soundtracks, once again, is tailored for mass market tastes. To cater for the clientele of genuine film music aficionados, specialist music labels emerged in the 1970s to release rare soundtracks, primarily in the US. These companies, such as Perseverance Records and Buysoundtrax, often release limited edition CD releases of soundtracks, in quantities as low as 500 units per pressing or as high as 5000.

One would assume that the latter number is a good estimate for the global population of die-hard soundtrack collectors. If it wasn’t for the love of the craft on display by both these small companies and the dwindling film music fanbase, then the art form of listening to soundtracks in their own right could possibly vanish into oblivion. These limited edition CD soundtracks are only available via online retail stores and would never see the light of day in any of their bricks-and-mortar counterparts. Burt Bacharach’s classic score to the 1967 cinematic misfire Casino Royale was given the limited edition treatment recently to commemorate the 45th anniversary of the film, as well as the 50th anniversary of the 007 franchise itself. Limited to 1500 units at a cost of €24.95 (AUD$31) per 2CD set, Quartet Records , acting both as music producer, distributor and online retailer, promptly sold out of their stock and the item has been traded on eBay in recent times for more than double its selling price.

Given current exchange rates, the original retail price of the collector’s edition of Casino Royale would be just over the $30 mark that some retailers are saying the new GST low value threshold should be for online purchases here in Australia. But is it fair to be taxed on an item that would never be available on the shelf of any Melbourne store?

One could also argue that the GST whack could also be another “moral” tipping point for some to seek such items via pirated downloads as an act of defiance. Similar arguments could also be applied to other kinds of pop culture merchandise that don’t necessarily have broad public appeal, such as graphic novels – once available at news-stands across the country and now solely the domain of specialty stores, both physical and online.

The long tail of retail could very well be the goldmine of the internet to those with the patience (and capital) to wait and allow for treasures to be discovered. Doing the equivalent of a virtual limbo dance with an online GST threshold as low as $30 could be perceived by some as an act of injustice to dampen the discerning passions of the silent majority for the niggardly concerns of those merchants who should be improving their own business models in the here and now.

John Lenarcic does not work for, consult to, own shares in or receive funding from any company or organisation that would benefit from this article, and has no relevant affiliations. This article was originally published at The Conversation. Read the original article. Image credit: Neon Genesis Evangelion promotional pic