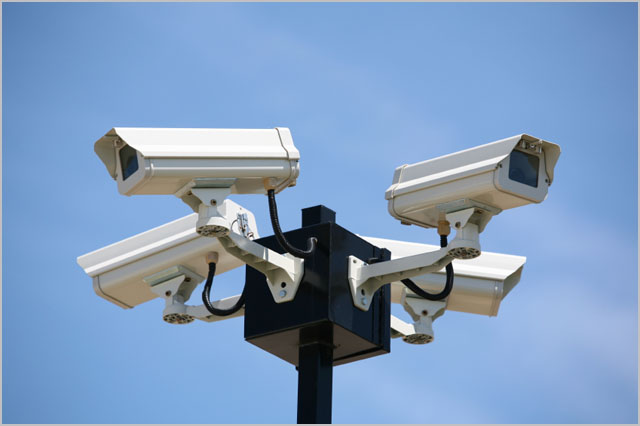 news Greens Senator Scott Ludlam has demanded answers from the Federal Government as to whether it knows whether the controversial TrapWire surveillance system had been deployed in Australia to keep tabs on locals through the use of public surveillance cameras.

TrapWire is a platform which uses public cameras in retail stores, entertainment venues and other public spaces, alongside other surveillance tools to monitor populations and events. Its existence was outed by Wikileaks recently as part of emails nabbed from private security company Stratfor.

Yesterday, Australian Greens communications spokesperson Senator Scott Ludlam submitted a motion for a vote in the Senate today, asking the Government to reveal whether system, which was reportedly set up by a company run by ex-CIA agents, was being used in Australia. “TrapWire is operating in parts of the UK, Canada and the USA,” said Ludlam in a statement. Its features are reputed to include the ability to centralise and aggregate data from public survey”llance cameras and share information across networks. Is it being used in Australia?”

The Pirate Party of Australia is also concerned about the issue. “These systems claim to detect ‘pre-crime’ activities and tag individuals as suspects automatically. Such systems, when deployed in the public space, are an encroachment on the privacy of the users of public spaces,” said David W. Campbell, President of Pirate Party Australia. “They have the effect of suppressing the legitimate activities of law abiding individuals, who become justifiably worried about being mislabelled and prosecuted.”

“Although not yet deployed in Australia, the existence of these systems tells a cautionary tale. It strengthens our position that we must remain vigilant when our privacy is gradually eroded by increasing government surveillance powers.”

The news comes as the Federal Government has already been harshly criticised over the past few months on the issue of surveillance and privacy. In May the Government revealed a wide-reaching program to substantially reform its telecommunications interception and surveillance powers with the aim of bolstering the ability of law enforcement organisations to fight crime, including the introduction of a so-called “data retention” scheme that has attracted a great deal of controversy in Australia under the ‘OzLog’ banner.

Digital rights lobby group Electronic Frontiers Australia has described the Federal Government’s proposed new surveillance and data retention powers as being akin to those applied in restrictive countries such as China and Iran. The group and others recently fought a successful battle to have a parliamentary inquiry into the powers extend its timeframe for submissions.

opinion/analysis
Is TrapWire active in Australia? I don’t think anyone really knows at this point — with the exception of the program’s creators and some of the more informed spooks within organisations such as ASIO. I would bet there’s a few bureaucrats within the Federal Attorney-General’s Department who would also know, but I don’t think Ludlam will get very far with his Senate order on the matter.

But it’s a safe bet indeed that there is some form of coordinated video camera surveillance system active locally, even if it’s only on a regional basis. Some of these sorts of systems would date back to major events such as the Sydney Olympics in 2000, when the Government placed a great deal of physical and electronic infrastructure in place around major event zones. Other bits and pieces of camera surveillance would, I am sure, have been integrated with various law enforcements exercises over time.

Whether it’s called “TrapWire” or something else, you can bet that whenever you’re in a highly visible public area, some form of electronic surveillance is keeping an eye on you. The interesting part is how many humans or how much contextual intelligence is monitoring that footage ;)