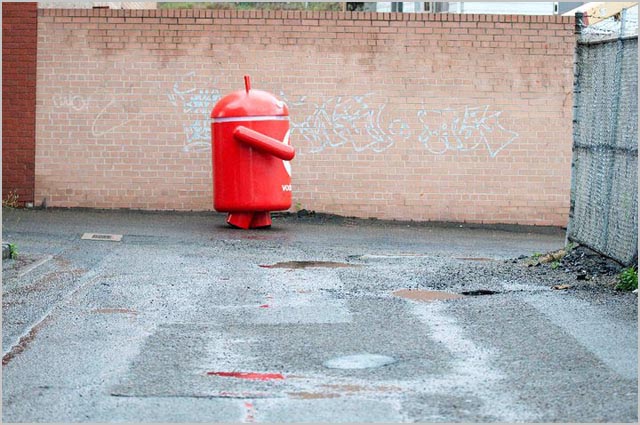 news Westpac Banking Corporation has joined the throng of Australian financial services giants attempting to stay ahead of the growing trend towards payments from mobile phones, launching an app yesterday that will allow those with Android smartphones to make mobile payments through their embedded NFC chip.

In a statement, the bank said a pilot of the system would see Android handsets supporting the so-called Near Field Communications chips able to make mobile payments through using their “virtual debit MasterCard” on their phone. The system will allow users to ‘tap’ their smartphone on supported merchant terminals to make payments.

Westpac’s Head of Mortgages, Cards and Merchants, Axel Boye-Moller said the bank was committed to embedding mobile payments into all aspects of its core business and providing a product offering that “redefines” the customer experience.

“Online and mobile are the cornerstone of Westpac‟s business,” the executive said. “Currently 3.4 million Westpac customers are digital customers, 43 per cent of whom use their mobile phone to process payments online. The pilot enables simple mobile payments for purchases and reflects our approach towards progressive payment solutions for our customers. Mobile banking represents a significant change in the way customers and banks do business and Westpac customers will be instrumental in helping design the final application.”

MasterCard Australia’s Head of Market Development and Innovation, Matt Barr says it wouldn’t be long until the wallet as we know it, changed for good. “With the number of contactless terminals throughout Australia increasing significantly, the desire from both consumers and merchants for fast, convenient mobile payments solutions is ever-increasing,” he said. “MasterCard‟s vision of a world beyond cash is being realised as organisations like Westpac take bold steps toward a mobile payment future.”

The pilot is the latest innovation in Westpac’s rapidly expanding mobile product line, which includes Mobile PayWay (an app which allows small business to process MasterCard and VISA payments via an iPhone application), the bank’s Budget Planner calculator and the banks new iPad application.

News of the new Westpac software comes as Westpac rivals such as CommBank have been upping the ante in the rapidly developing mobile payments scene. In mid-July, CBA revealed several new devices and an application development platform that together constitute an ecosystem similar to the Square mobile payments system which is becoming popular in the US for transactions at merchants such as retailers, restaurants and cafes. The bank has also previously launched an app for Apple iOS and Android which allows mobile payments, Kaching.

opinion/analysis
Do I think Westpac’s NFC app will get anywhere? No — or at least not yet. Firstly, it appears to be limited to MasterCard users so far, as well as Google’s Android platform — and it’s dependent upon users having an NFC chip embedded in their smartphone, which very few smartphones sold in Australia in 2011 and before have. What Westpac appears to be doing here — as CommBank also is — is attempting to seed this mobile payments idea into Australia’s population. With a gradual uptake of NFC payments and a similarly gradual development of its own mobile platform, Westpac is hoping to keep ahead of this the broad mobile payments trend.

I personally have my own reservations about whether this approach will actually work for Australia’s banks. As I wrote several weeks ago, with respect to the launch of several CommBank initiatives in this area (and this applies to the other banks as well):

Right now, CommBank is doing the right thing in attempting to innovate in Australia’s banking system, especially when it comes to payments. However, to me all of the bank’s initiatives have so far felt very much like the sorts of product launches we’ve seen from book publishers, newspapers and record labels over the past few years.

All of these organisations tried hard to build new technology models to shift their business into a new digital environment, and all of them broadly failed. And they failed because they are not technology companies and they don’t understand technology. It took actual technology companies — Apple, Google, Amazon — to succeed in evolving their models.

I think the same will eventually prove true of banking. Despite the Commonwealth Bank’s best efforts, I suspect that nobody really wants their bank to be a technology vendor. But in a few years’ time, what we may find is that a few technology vendors may do a better job of providing for our future banking needs than the banks ever could.

Only time will tell. But the basic truth is that right now, Australia’s banks need to be seen to be doing something in the area of mobile payments — even if that something may never really have an actual impact on customers or their own operations.