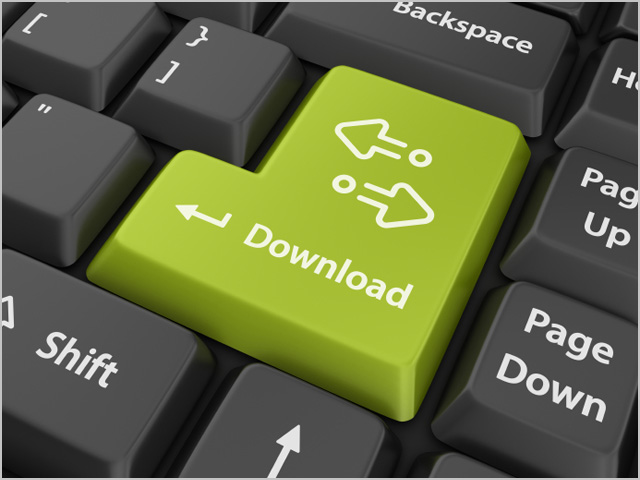 news National broadband provider iiNet has published an article arguing the pay as you go quota charging system used by most Australian ISPs is fairer than the ‘unlimited’ quota models popular in regions such as the United States and Europe.

In Australia, the majority of ISPs, including Telstra, Optus, iiNet, Primus, Exetel and others, only offer broadband plans with so-called ‘quotas’. Each pricing tier comes with a certain amount of download quota per month, and customers can increase their quota by moving to a higher tier. Usually the quotas top out at around a terabyte of quota.

However, in the US and Europe, it is popular for ISPs to instead charge customers on a different basis, offering different speed tiers or other features coupled with an ‘unlimited quota’. Some Australian ISPs such as TPG and Dodo do offer such plans locally for a competitive flat rate — and they are highly popular, as they avoid any potential for users’ monthly quota to run out.

In a post on iiNet’s corporate blog last week, iiNet chief technology officer John Lindsay linked the idea of unlimited quotas to the debate raging over Internet neutrality in the US, which has seen ISPs arguing that they should be able to prioritise some types of content, such as content served from their own servers, over other types of content. Opponents of such systems have claimed it would create a “two tier” Internet in the US — where users could even be charged a premium for the faster delivery of certain types of content.

“Service providers in favour of a two-speed Internet argue that there is limited capacity on the internet and that those using the most bandwidth by delivering rich content or transferring large files should pay more,” wrote Lindsay. “In Australia, we have a different business model for the Internet. ISPs operate on a pay-as-you-go model, which also shapes the consumer market. Here, consumers can choose a plan with upload and download quotas to fit their usage and pay according to their needs – the more you use, the more you pay.”

Lindsay claimed that if Australia was to switch to an unlimited model for broadband consumption, just 3 percent of users would account for 50 percent of all downloads. “Quotas are designed to be an effective pay-as-you-go system to ensure users only pay for what they use and for most Australian consumers, this is the best business model for the Internet,” he added.

“Operating a quota based business model ensures we’re not responsible for policing activity online – our customers pay a fair price for the services they receive and we can focus on more important issues than where their traffic is coming from. While US providers argue about a two-tier system, our priority is to provide awesome customer service and ensure our customers enjoy a seamless experience online, whatever it is their Internet connection means to them.”

However, Lindsay’s comments were immediately criticised by one commenter, Lachlan Hunt, in a response posted on iiNet’s blog.

“This is nonsense,” wrote Hunt. “Australia’s model of capped usage limits with higher prices for higher caps, and of ISPs including yourself offering free zones where such data doesn’t count towards the monthly quota is exactly the problem that net neutrality advocates aim to deal with. It treats data from companies who choose to partner with you to get their content in the free zone as privileged compared with everyone else, and similarly with other ISPs.”

“When I was an iiNet customer, the caps were ridiculously low and the prices were too high for me to afford the next tier. Since I worked in the web development industry, I worked from home and depended on having reliable internet access. It sucked that even after just 2 or 3 weeks of careful usage, I got very close to the limit and often exceeded it and finding myself capped to unworkable speeds. I understand that the situation has improved slightly since then with higher usage caps, but still not ideal. I’ve since moved over to Europe where the fees are based on the chosen speed with no usage caps.”

“I’m really hoping that you will eventually wake up and realise that usage caps go together with non-neutral internet, and with the introduction of the NBN, which brings both higher speeds and capacities, you should be able to lower prices, abolish usage caps and offer a fair model with pricing tiers based on the chosen speeds.”

opinion/analysis
To my mind, John Lindsay is creating a false connection here between the idea of net neutrality and the idea of unlimited quota broadband. It seems relatively clear that ISPs such as Dodo and TPG, which are already offering unlimited broadband plans in Australia, are doing so without any debate at all or calls for so-called net neutrality-type systems to be introduced in Australia. If Dodo and TPG don’t see a need for such systems to be coupled with their unlimited plans, then why does iiNet’s Lindsay believe the two issues are linked?

This leads me to the question of why Lindsay is raising this issue at this time. Is it just that this issue is being debated in the United States, and Lindsay wants to debate this issue locally? Or could it be that iiNet is currently feeling the heat from these kind of ‘unlimited’ plans, and needed a counter-argument to put up publicly, in an attempt to demonstrate why its own ‘pay as you go’ plans are still fair?

It’s not really clear. But what is clear is that if pressed, most Australian broadband users would probably acknowledge that they don’t like either pay as you go plans or net neutrality systems. In an ideal world, most users would probably prefer unlimited, traffic-neutral broadband plans at a competitive price (a shocking concept, I know). Let’s hope the local market evolves that way under the NBN.