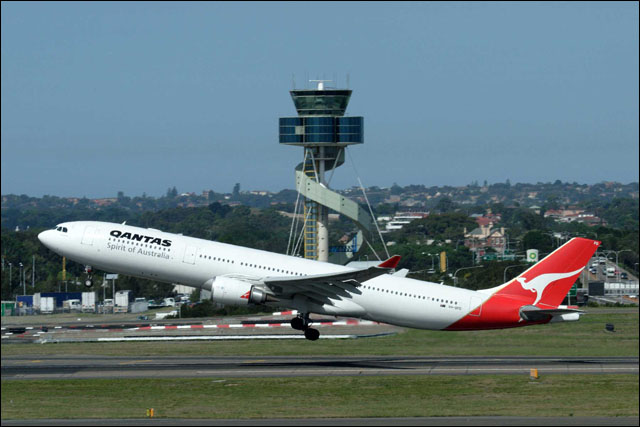 news Qantas has reportedly revealed plans for a mass deployment of Microsoft’s Office 365 suite, in a landmark move which will mark one of the first major Australian rollouts of the software as a service platform in a private sector entity.

The airline didn’t respond to a request for comment yesterday, but the deployment has been reported by three separate media outlets — the AustralianIT, iTNews and ZDNet, with the airline reportedly planning to use a mix of Office 365 and on-premises versions of Office, with Google Apps also having reportedly been considered.

The news comes as Office 365 has gradually been growing its presence in Australia. Last month, home appliance rental chain Mr Rental revealed that it had deployed Office 365 to more than 90 stores across Australia and New Zealand.

Part of Qantas’ rationale for the shift to Office 365 could be the nature of its workforce, much of which has active duties on aircraft and does not actively use desktop PCs or laptops as much as the more office-based workforces of major government departments and banks. This fact had already appeared to have had a significant effect on the technology buying practices of Australian airlines.

In February 2010, for example, analyst firm Longhaus revealed that Qantas had made a similar decision some time before that to avoid setting up dedicated email accounts for some staff such as flight attendants. Longhaus managing director Peter Carr said at the time, the flight attendants simply provided Qantas’ HR staff with their own personal email address — “Hotmail or Gmail or something like that”. They were then paid an annual fee for their professional use of personal technology.

The reason this system worked, according to Carr, is the low volume of official company email Qantas flight attendants need to deal with — just work schedules and so on. Most other official company communications could go through the airline’s unions. Effectively, Qantas had already outsourced part of its corporate email platform to Hotmail.

It’s a similar situation with many Australian universities, which have already deployed Office 365 or Google’s rival Apps platform to this class of so-called ‘light’ or ‘edge’ users — in the education sector, this would be students.

In June last year, following this trend, low-cost airline and Qantas subsidiary Jetstar revealed plans to implement a multi-pronged email strategy that would see most head office staff continue to use Microsoft’s Outlook/Exchange platform, but about 2,200 support staff shifted onto Google’s Apps alternative, which features as its core the Gmail email service.

At the time, the company’s chief information officer Stephen Tame pointed out that Jetstar had a significant population of staff who didn’t have their own dedicated PCs, such as cabin and tech crews and customer service officers at airports. “They’re probably hindered by having a central solution,” he said. “They’d get far better service if they had something in the cloud.”

The news also comes just a week after media giant Fairfax announced plans to ditch in-house version of Microsoft Office and Exchange for most of its 11,000-odd staff, with the company to become one of the largest known Australian organisations to shift onto Google’s Apps platform for both email and office productivity software.

opinion/analysis
At first glance, Qantas’ adoption of Office 365 appears to be a landmark deployment for the new Microsoft platform in Australia. Most large private and public sector organisations have only flirted with the cloud-based platform so far, preferring to run on-premises versions of Office that staff are more used to.

However, when you consider the nature of Qantas’ workforce and Jetstar’s existing shift to Google Apps, the deployment doesn’t seem so revolutionary. Like Jetstar, major universities and even major retailers, a huge number of Qantas staff don’t work in an office and don’t really need a PC most of the time. They work on planes, around planes, in terminals handling baggage and so on. They’re not office workers.

What Qantas is seeking to do with this deployment is to provide these staff a basic level of IT services without spending much or having to administer the delivery of those services itself. Meanwhile, head office staff that do sit in front of a PC all day will probably still get their own on-premises deployment of Office, just as they always have.

One question I do have about the deployment, is why Qantas went for Office 365 when Jetstar had already chosen Google Apps. It seems a bit contradictory for the two brands — which share assets in so many other areas — to use competing productivity suites on the desktop. It would be interesting to hear more from Qantas about its choices in that area; and more from Jetstar about how its Google deployment has treated it.

My prediction is we’ll shortly see more Office 365/Google Apps deployments amongst other Australian organisations with large groups of so-called ‘light’ or ‘edge’ employees who don’t sit in an office all day, but need occasional access to a PC.