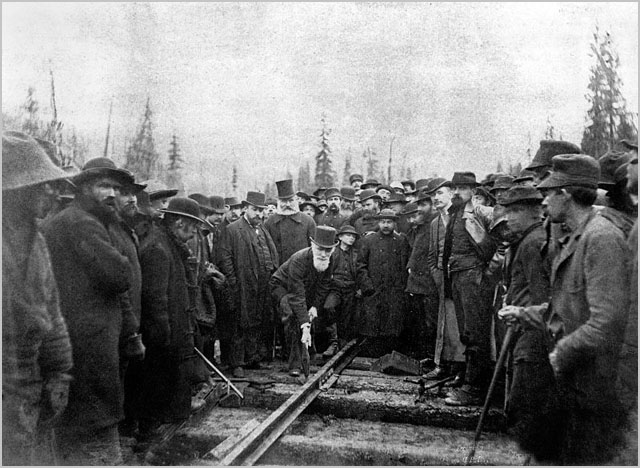 This article is by Adam Shoemaker,Deputy Vice Chancellor (Education) at Monash University. It was first published on The Conversation and is re-published here with permission.

analysis When I grew up in Canada there was a famous painting on the wall of nearly every primary school classroom. It was called “The Last Spike” and it depicted the final railway track connection being hammered in to create a true east-west transport corridor. In a real sense, it was the making of Canada; a nation-building project.

The same can be said of the National Broadband Network (NBN) today. Once completed, it will connect all Australians as never before – in communications, healthcare, news, media, science, invention and, particularly, in education. And it will do so at all levels.

In fact, its importance for the future of primary and secondary education is only just beginning to be appreciated. Remember the ethos of that famous Australian invention, the outback School of the Air. For students in regional Australia, it meant connection and access to educational opportunities unbound by geography.

What pedal-powered short-wave radio was to remote stations of the 1950s – a direct link to the world of learning – the NBN will be to the children of the next decade. But the difference is profound. It will be multipoint and immersive, “many way” instead of two-way. It will make a baseline of high-quality learning available to every individual, every class – while teachers will be able to collaborate with each other across state and territory boundaries as never before.

Imagine the open-access impulse of EdX or Coursera, blend it (literally) with the National Curriculum project in Australia and then one has an inkling of what is possible. But between “possible” and “actual” lies the challenge. Some call it access, others the “digital gap”. But it is not a simple matter of urban versus rural opportunities or outback versus city access; this misreads the situation.

In fact, there is already a huge “digital divide” in this country. It starts right outside our university campus gates – not hundreds of kilometres from them. Serious inequities already exist. The NBN will address them head-on – and it will solve them.

Every day, citizens travel past tertiary campuses without realising just how fortunate those inside are: university staff and students have access to superbroadband unlike anything most Australians have ever seen or experienced. For most people, AARNET3 (Australia’s Academic and Research Network) is a mysterious acronym; for us, it is an essential engine for our education and research. It is so customary that its enormous benefits are almost taken for granted.

But it is well worth remembering what these benefits are. For example, at Monash we have special, purpose-designed secondary schools on three of our six Victorian campuses. Those schools are public-purpose, taxpayer-funded institutions.

At the John Monash Science School on our Clayton campus, all of its 600 students have a student card just like our undergraduates. They have access to our library, to the Web of Science, to Elsevier, to Humanities Online. They can share their homework assignments through Google Docs; they can collaborate via videochat. They can connect with more than 100 television news channels from around the world — including Al Jazeera in both Arabic and English; BBC World and CNN — at no cost. They can download at 100 megabits per second — the gold standard for academic work.

The learning opportunities are superb. Consequently (and by design) innovative curriculum invention happens all the time – with school and university staff working together to mint new forms of pedagogy. But a school located just down the road – even one with students who are equally motivated and talented – has very few of these privileges. This has to change.

The genius of the NBN is that it will break down that divide all across Australia. Instead of a digital “rain shadow” the whole nation will have equitable access. Instead of the frustration of strangled speeds, poor image clarity and slow (or no) service, an NBN society will be fundamentally more fair and productive.

But this will not happen without careful planning, and without a major series of moves to prioritise access to educational projects during the NBN rollout. The way forward is for universities to partner with secondary schools, with TAFE institutions and with the private sector to model the new face of learning.

Ultimately, then, the NBN is all about people; not about technology. It is about being able to train, inspire and educate students of whatever age to work together as never before. And it is about devising solutions to real challenges in an interdisciplinary way.

The role of public and educational libraries will be a crucial too. If the word “portal” means anything, it means democratic access to that wider digital world; libraries are placed centre-stage in that process. Meanwhile, every university and TAFE in the nation should be considering the establishment of digitally-enabled secondary schools on their campuses.

The NBN project is one which is beyond politics and it deserves bipartisan support in every state and territory. The “last spike” moment is now.

The views expressed in this article are solely those of the author and do not necessarily reflect official policies of Monash University. This article was originally published at The Conversation. Read the original article. Image credit: Ross, Alexander, Best & Co., Winnipeg, public domain