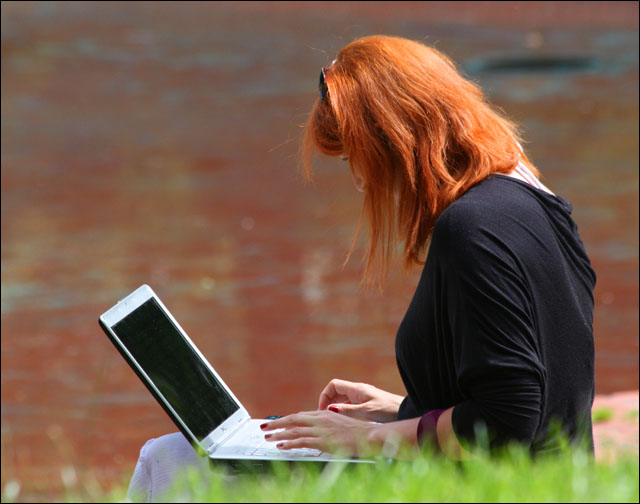 The Federal Government’s auditor yesterday revealed Labor’s $2.2 billion dollar Digital Education Revolution was well placed to deliver one computer to every student in Years 9 to 12, by the end of 2011.

The DER is a project started by then newly-elected Labor Government in 2007 which aims to change both learning and teaching practices across all educational institutions in Australia. Its major component is the National Secondary Schools Computer Fund (NSSCF) which allocates funding to take all Australian secondary schools to a computer to student ratio of 1:1.

An official audit released yesterday of the Department of Education, Employment and Workplace Relations (DEEWR), revealed the computer to student ratio across Australia was already better than 1:2 in September 2010, with data ranging from 1:1.3 to 1:2.5, including an indefinite number of schools which have already achieved the 1:1 ratio. Computer installation is predicted to be completed by early 2012.

“The ANAO recognises the significant achievement by the Department of Education, Employment and Workplace Relations in quickly establishing efficient and inclusive processes to implement the Fund,” the auditor wrote.

However, the report also said the DEEWR didn’t act to increase transparency and accountability to ensure the Government’s money were being spent for the right purpose. The audit found funding agreements with non-governmental education authorities to achieve the ratio of 1:1 did not provide for annual audited financial acquittals. Also, the ANAO recommended the DEEWR ask all educational institutions to report on the progress of the new computers’ deployment to better gauge the outcomes of the program.

A better control of data collected from funding applications – the ANAO stated – was also needed to avoid over and underfunding of schools. So far there have been 460 instances – 16 per cent of 2929 schools – which contained anomalous data. According to the audit, in most cases the size of the discrepancies was in the vicinity of near 10 computers, an amount which translates into $10,000 funding.

Furthermore, according to the audit, the DEEWR could have strengthened some aspects of its delivery plan, in order to meet the needs of value for money of all institutions. Although the department encouraged education authorities to adopt centralised purchasing processes to access better prices, the size of the authority influenced the outcome of the transactions. Larger organisations could access better value than smaller ones.

Other goals to be achieved by the DER include bringing high-speed broadband to schools through an investment of $100 million, supporting ICT professional development – with an expense of $40 million – and cover the on-costs of implementing the NSSCF.

In the meantime, 77 per cent of school principles interviewed to complete the audit said they were satisfied about the prompt installation of new computers and about 70 per cent believed the NSSCF was helping prepare students to live and work in a digital world.

In its own statement, the department noted the Auditor General’s main recommendations focused on reporting obligations for future DER funding agreements and strengthening external reporting on performance to stakeholders. “The Department agrees with the recommendations and has begun work implementing them,” it wrote.

Opposition criticism
However, not everyone agrees that the findings of the auditor were positive. In a statement yesterday, Shadow Education Minister Christopher Pyne said the report exposed that the program was a “farce”.

“In June 2010, Julia Gillard paraded through a school to deliver what was supposedly the 300,000th computer, but this report shows that by the end of 2010 there were only 268,000 computers installed,” said Pyne in a statement. “Either Julia Gillard engaged in a stunt, or 32,000 computers have remained uninstalled, uselessly sitting in boxes gathering dust since June last year, which is much worse.”

Pyne said it was unlikely that the rest of the 700,000 PCs still to be delivered would end up in students’ hands before the end of 2011. “If after three years they have delivered only a third of the computers, then it seems unlikely they will manage to install the remaining two thirds in less than one year,” Pyne said.

The politician also pointed out that the report noted only a third of principals in schools did not have the resources to utilise the computers as delivered. “This would back up the information we have received that computers delivered often remain in boxes for months,” he said.