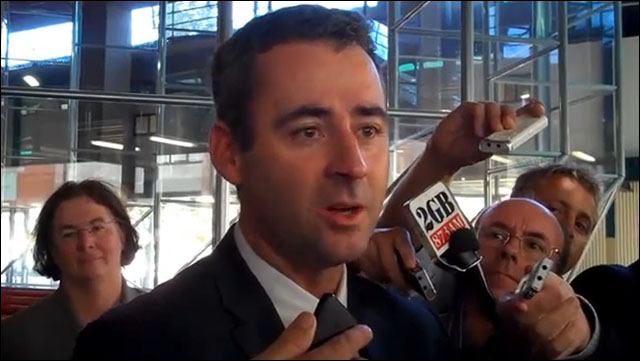 news iiNet today emerged victorious in a landmark High Court victory against a coalition of film and TV studios on the issue of Internet piracy through peer to peer platforms like BitTorrent, in the conclusion of a long-running case which is viewed as the a test for how Australia’s telecommunications industry will deal with the issue in future.

“Today the High Court dismissed an appeal by a number of film and television companies from a decision of the Full Court of the Federal Court of Australia. The High Court held that the respondent, an internet service provider, had not authorised the infringement by its customers of the appellants’ copyright in commercially released films and television programs.”

It appears that the full judgement is available online here.

A group of 34 parties, comprised of most major Australian and American film studios and led by umbrella organisation the Australian Federation Against Copyright Theft, first took iiNet to court in 2009 after claiming iiNet had “authorised” its users to download pirated movies and television over the Internet. The action was filed by Village Roadshow, Universal Pictures, Warner Bros Entertainment, Paramount Pictures, Sony Pictures Entertainment, Twentieth Century Fox Film Corporation, Disney Enterprises and the Seven Network (Australian licensee of some of the infringed works).

After the original decision of not guilty made in February 2010 was appealed, the full Australian Federal Court ruled on appeal in February 2011 that iiNet was not responsible for the illegal downloading. However the parties against iiNet decided to attempt to appeal the decision yet again, lodging an application soon after on the 24th March 2011, with the High Court of Australia for a special leave to appeal grant. In August the High Court agreed to hear the case.

Today, in its statement, the High Court noted that it had “unanimously” dismissed AFACT’s appeal.

Referring to a large number of copyright infringement notices sent to iiNet, which some ISPs forward on to their customers (but iiNet does not), the HIgh Court held that the information contained in the AFACT notices, as and when they were served, did not provide iiNet with “a reasonable basis for sending warning notices to individual customers containing threats to suspend or terminate those customers”. iiNet has always maintained such issues should be handled by the police, involving a reasonable burden of proof that a user has infringed copyright.

“For these reasons, the Court held that it could not be inferred from iiNet’s inactivity after receiving the AFACT notices that iiNet had authorised any act of infringement of copyright in the
appellants’ films by its customers,” wrote the Court.

iiNet CEO Michael Malone (pictured) has consistently called on the industry to come to a “workable” solution to piracy problems instead of litigating the issue. iiNet itself provides access to film and TV content through a bundled IPTV set-top box developed by a partner company, FetchTV. “I know the Internet industry is eager to work with the film industry and copyright holders to develop a workable solution,” Malone said in August last year. “We remain committed to developing an industry solution that sees more content readily and cheaply available online as well as a sensible model for dealing with repeated copyright infringement activity.”

However, AFACT and its member organisations haven’t been so keen. In July AFACT wrote to at least one local ISP requesting a meeting to discuss implementing an “automated processing system” for copyright infringement notices to be distributed to customers.

It is believed that AFACT considers early judgements in its case against iiNet to have opened the door for it to legally approach Australian ISPs about online copyright infringement, provided it supplied the right level of detail about the alleged offences. In mid-2011, a number of ISPs have confirmed the organisation has approached them about the matter. It is not yet clear how today’s judgement will affect the way AFACT interacts with the broader industry.

Currently, different ISPs take different approaches to the issue of online piracy, with some committing to forward on copyright infringement notices to users, followed by potential disconnection of their service, and others either ignoring the letters or forwarding them to law enforcement authorities.

iiNet and AFACT are also engaged in out of court talks regarding Internet piracy, with the Federal Attorney-General’s Department holding a series of meetings through late 2011 and early this year between iiNet, AFACT and other telcos, content owners and representative groups. However, consumer representatives have been explicitly barred from the talks, and the department has consistently declined — even through the Freedom of Information request process — requests by media outlets for more information about what is being discussed.

Australia’s division of the Pirate Party, a political movement which campaigns for digital rights and has been successful electorally in Europe, said in a statement that it should come as “no surprise” that it welcomed the ruling.

“We reiterate that ISPs behave similarly to the postal service – they are the carriers of the message, and that message should remain private,” said Brendan Molloy, Secretary of Pirate Party Australia. “It is not their business to police users, but merely to comply where necessary with authorities. ISPs are not, and should never be, responsible to anyone other than their subscribers and local law enforcement agencies.”

“However, this is not the end of the issue. We have continually protested against the closed-door meetings conducted by the Attorney-General’s department, in which industry representatives are given priority, and the public are ignored. The citisens of Australia are being refused participation in the ‘piracy debate,’ when they should be the most vocal of concerned parties,” Molloy continued. “Copyright is not just an issue for rights holders and service providers – the voice of the public must be given priority above all else.”

The response
In a statement released immediately following the judgement, iiNet chief executive Michael Malone thanked staff, customers, supporters and iiNet’s legal team, from law firm Herbert Geer, for their strong support throughout the case, and said the judgment supported the company’s position and proved the claims made against it were unfounded.

“iiNet has never supported or encouraged unauthorised sharing or file downloading,” Malone said. “Today’s High Court five-nil ruling confirms that iiNet is not liable for ‘authorising’ the conduct of its customers who engaged in online copyright infringement. This marks the end of more than three years of legal argument and challenges.”

Malone reiterated his view that “increasing the availability of lawful, online content in a more timely, affordable and reasonably priced manner”, brought the focus back to customers and was the best method to protect content owners’ copyright. He said there was strong evidence that content partnerships and agreements between ISPs, legal websites and copyright holders had done more to reduce ‘piracy’ and to showcase copyright holders’ materials than this unproductive legal battle.

“Increasing the availability of licensed digital content is the best, most practical approach to meet consumer demand and protect copyright,” Malone said. “We have consistently said we are eager to work with the studios to make their very desirable material legitimately available to a waiting customer base – and that offer remains the same today.”

In an interview with TorrentFreak prior to the judgement this morning, AFACT executive director Neil Gane said that regardless of the decision, “the landscape has changed”. “In the three years since the case commenced,” he added, “legislators, regulators and courts around the world have recognized that ISPs must play a central role in preventing online copyright theft.”

Both iiNet and AFACT will hold press conferences this afternoon to discuss the decision.