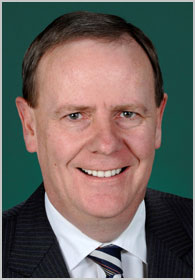 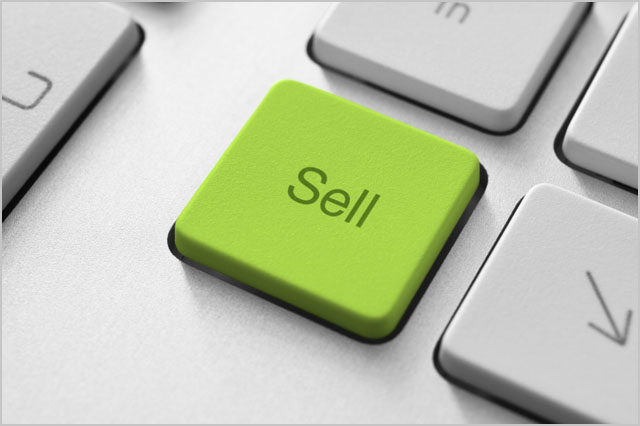 news A landmark report into the Queensland Government’s financial position penned by Howard-era Treasurer Peter Costello has recommended the state government consider selling off its IT shared services unit, as there was no guarantee they could provide IT services to the government efficiently.

The interim report was put together by the Queensland Commission of Audit, which was set up by Queensland’s new LNP Government after it took power several months ago. The commission is chaired by Costello, with commissioners Doug McTaggart, a leading executive in the financial services sector, and Professor Sandra Harding, vice chancellor and president of James Cook University.

Among other conclusions, Costello and his commissioners pointed out that the state “continues to operate commercial business operations in direct competition with private businesses operating in open and competitive private markets”. “These government businesses are providing services principally to internal government clients,” the report stated, “and there is no justification as to why these services cannot be sourced directly from commercial private operators.”

Amongst the government business units cited as examples in the report were CITEC and Queensland Shared Services.

CITEC sits within the current Department of Science, Information Technology, Innovation and the Arts, with its core business being to deliver centralised IT services to departments and agencies on a user pays basis. However, over the past several years it has several times come under heavy fire from Queensland’s Auditor-General for not being able to deliver large technology infrastructure projects on time. For example, in June 2010 an audit report found that both the ICT Consolidation Program (ICTC) and the Identity, Directory and Email Services (IDES) project, both managed by CITEC, had substantially blown its timeframe.

The ICTC was a project established after the state’s Service Delivery and Performance Commission handed down a report on ICT Governance in the state government in October 2006. Its aim was to establish a whole of government consolidation of CBD datacentres, networks and infrastructure services. It was initially managed by the state’s Office of the CIO, but then transitioned to be managed by government IT services provider CITEC in September 2009. In mid-2010 it was slated to be implemented by October 2011. As at January 2010, there was “no method of identifying, recording, tracking and reporting demonstratable financial benefits” for the program.

The next project examined by the Auditor-General, IDES, had the aim of delivering a whole of govrnment email, identity management and authentication service, to be based on Microsoft Exchange and administered by CITEC and with a budget of $252 million over ten years. But again, it has suffered problems. The project was expected to transition all existing agencies using Microsoft Exchange onto the new whole of government platform by December 2009 — 24 months after the project was initiated. But the date was extended to June 2011, after delays were experienced.

The implementation phase plan was originally expected to be completed and approved by December 2008, the report stated. “However, actual delivery of this milestone occurred on 18 September 2009.” In December 2011, the Courier-Mail newspaper revealed that the Queensland Government had spent $46 million on the platform, despite it catering at that point to just 2,000 accounts.

Costello’s report noted that CITEC was expected to record an operating deficit of about $26.4 million this financial year, with further deficits expected in succeeding years. “These financial difficulties relate to changes in its business model, and difficulties in the implementation of whole – of – government information technology initiatives,” the report stated.

Queensland Shared Services was established in mid-2011, from IT shared services agency and a separate, non-IT agency, the Shared Service Agency. It aims to deploy common IT functions such as finance and payroll systems across the state’s public sector, but has similarly suffered problems with implementation.

Costello’s report stated in general regarding the IT shared services units:

“There is a range of internal user charging regimes in place to support the funding arrangements for commercial business units. The main objectives of these regimes are to make the costs of services transparent and to provide incentives for departments to manage demand for such services. There are various issues with the effectiveness of these user charging models and their application to support the viability of commercial business units.

“Where the use of services is mandated, there is no opportunity to compare prices in the open market, and hence any scope to achieve cost savings is lost. Concern has been expressed by agencies as to the cost -efficiency of prices set by the centralised service providers (particularly in the absence of effective benchmarking), and the level of price transparency achieved.

Internal overheads associated with user charging regimes also add significant cost to overall service delivery costs. For example, the service providers need to have detailed costing, invoicing and receivable processes and systems in place. Similarly, agencies have resourcing requirements placed upon them to manage the charging regime at the client end. Given that agencies are individually registered for GST, user charging also results in some leakage of revenue to the Australian Government where agencies cannot claim the full input tax credits or there are processing time inconsistencies between departments.

The user-charging models also encourage a focus on cost rather than value, resulting in an absence of incentive on the service provider to provide the service to the desired standard. In the case of the commercialised business units within the Department of Housing and Public Works, there are no service level agreements between agencies and the service provider, thus the agencies have no input into the performance standards. With the shared services initiative, service level agreements are in place however, the agencies have no mechanism for enforcing the performance standards.

There are questions as to the viability of some commercial business units, the value for money which they provide to clients, and the implications for the State’s financial position. The Commission proposes to address these issues in further detail in its subsequent reports.”

Other states such as Victoria and Western Australia have also suffered extensive problems with similar IT shared services rollouts in recent years. In November last year, following the revelation that almost every major IT project the Victorian Government had undertaken over a five-year period had run late and over budget, Queensland-based analyst firm Longhaus said state governments should look to the private sector to solve their IT problems — not to IT shared services divisions.

At the time, Longhaus managing director Peter Carr said that with an rough estimate of 500,000 to 600,000 IT professionals in Australia, and something like 130,000 along being contractors, it is unlikely that enough skilled labor exists for state governments to competently run their own on-shore IT service delivery centres at cost levels which they can afford to pay. Gartner distinguished analyst Andrea Di Maio expressed similar sentiments in a blog post at around the same time. He wrote:

opinion/analysis
I am strongly of the view that the once-hyped IT shared services paradigm is virtually dead in Australia’s public sector and should be abandoned. I would support a recommendation by the Queensland Commission of Audit that the state’s internal IT services units be privatised or sold off to commercial IT services firms.