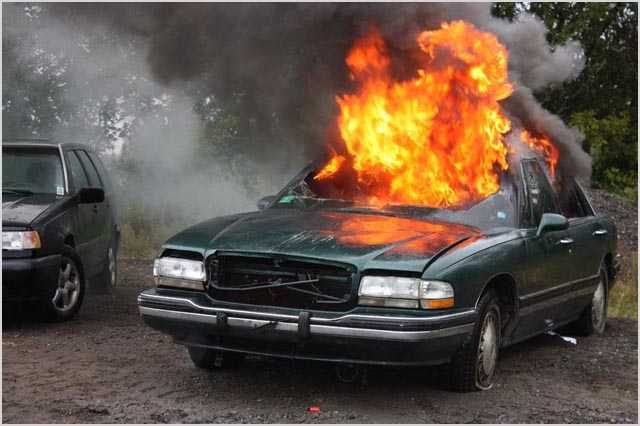 news A KMPG audit into Queensland Health’s payroll disaster has found the project has already cost $417 million and will need some $837 million to fix over the next five years, in a finding which the state’s new LNP Health Minister Lawrence Springborg said in Parliament this week illustrated that the project was an “abomination”.

An Auditor-General’s report filed in 2010 found that all concerned in the implementation — prime contractor IBM, Queensland Health and CorpTech — significantly underestimated the necessary scope of the project. IBM had initially told the Government that a “relatively small” amount of functionality would be required to implement a similar new payroll system at Queenland Health as a previous build at Queensland Housing — despite the fact that the Housing rollout only catered for 1200-1300 staff, compared with Health’s then-78,000.

In a new audit into the project commissioned by the new LNP State Government in Queensland and published this week, consulting and auditing firm KPMG has estimated that it will cost a further $836.9 million for the project to be overhauled over the next five years, adding to a total of $416.6 million which has already been spent on it since 2010. Just over $1 billion of that will relate to funds needed to keep the payroll system functioning. Currently, the platform requires just over 1,000 staff performing some 200,000 manual processes on an average of 92,000 forms to make sure Queensland Health’s staff are paid the approximately $250 million they are owed each fortnight.

Speaking in Parliament on Wednesday, Springborg was scathing of the way the previous Bligh Labor Government had implemented the payroll system. “This was a rogue contractual arrangement, untended by Labor, that engulfed the valued workforce of Queensland Health,” Springborg said. “Queenslanders are angry. As a parliamentarian I am angry at the consequences visited on Health employees and the taxpayers of Queensland. Even today, 27 months after the Labor payroll went live, unavoidable costs continue to escalate.”

“KPMG links this abomination to Labor’s centralised control and its lack of due diligence. This is the system Labor commissioned, without so much as a business case, to pay every public servant in every department in Health in the state. It fell at the first hurdle and the implications continue to emerge. Even today this fragile system cannot calculate the basic leave entitlements of the workers it was installed to serve.”

“This is a damning report. It is a shocking citation of failure and bad faith by the former Government.”

The future
Queensland Health has developed a forward plan to address the issues with its payroll platform. Some of the various initiatives which it will undertake to resolve the situation include: Carrying out a payroll hub restructure, to better link payroll staff with the districts they serve; moving the pay date by seven days to allow sufficient time for submission and processing of payroll forms; establishing a project to focus on recovering overpayments; setting up an electronic rostering system; setting up a payroll self-service portal; and establishing a series of payroll portfolio governance and projects program.

However, KPMG noted in its audit that the payroll system still remained unstable, and there were also further problems on the horizon.

“It is important to recognise that, even though significant progress has been made in stabilising the Queensland Health payroll system, the system remains ‘fragile’ in the sense that any system changes that are introduced have the potential to impact on pay outcomes,” the auditor noted in its report. “The degree of customisation of the current payroll and award interpretation systems has created complexity that makes the potential impacts of new releases and system changes difficult to predict.”

In addition, KPMG noted that support for the versions of SAP and Workbrain used for the implementation are due to expire in late 2014 and early 2015. “As such, there will be a requirement for a further investment in either a system upgrade or a system reimplementation before 2014,” the auditor wrote. Queensland Health has a current project focused on assessing and planning an SAP upgrade, with part of that project to consider options for moving some of the functions in Workbrain into SAP.

And even further long-range plans still need to be considered.

“As part of this process it would be prudent for QH to make a targeted approach to the external market to understand the range of system solutions and payroll operating models that may be available,” the auditor wrote. “Such a ‘request for information’ process could be included in the $25m currently set aside for the upgrade planning project.”

KPMG’s report contains a wide swathe of additional information which it was not feasible to include in this article — including the original reasons why the Queensland Health payroll systems implementation went off the rails so disastrously in the first place. If you are interested, Delimiter recommends you download the report directly (PDF) and go through it, for a fascinating and extremely detailed glimpse into one of Australia’s worst ever IT disasters.

opinion/analysis
Delimiter has covered this topic exhaustively already, and I don’t want to go too much further into analysis of it; the facts kind of speak for themselves. However, I do want to note that at this point, with some 1,000 staff carrying out 200,000 fortnightly manual modifications to 92,000 forums, it would likely be more efficient, more accurate and much less expensive for Queensland Health to be running manual payroll systems for its 85,000 staff … on paper.

Think about it … it shouldn’t be too big a task for each of those 1,000 staff to process the payroll for 85 staff each per fortnight on paper. That would only be 8.5 forms and 8.5 bank transfers per day. You could probably get the number of staff required down to only a few hundred over time. Seems like paper processing of payroll may just be the best and most cost-effective solution for Queensland Health at this point.

Furthermore, it seems clear that Australia has a new contender for most disastrous IT project ever. Our previous winner had been Customs’ Integrated Cargo System, which went so badly wrong in 2005 that cargo started piling up on wharves around the nation during Christmas that year, with the platform unable to process imported goods in a timely manner. However, for sheer amounts of money thrown down the toilet and incredibly poor governance and hubris, it seems you just can’t go past Queensland Health’s payroll system these days. It’s already had a bunch of audits conducted into it, and I bet there are a lot more coming.