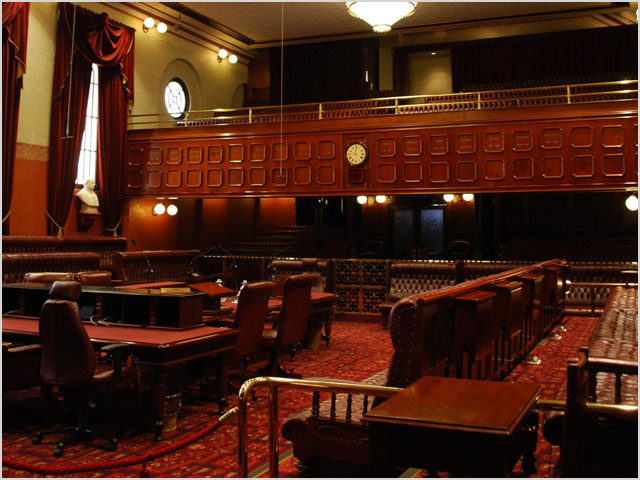 news The New South Wales State Parliament will replace a broad swathe of Novell platforms it described as “end of life”, “aged” and “legacy”, replacing them primarily with new Microsoft software in areas such as email, identity management and file and print services that will bring its desktop IT infrastructure up to the “industry standard”.

The strategy was unveiled in tendering documents released to the industry last week as the Parliament went to market for contractors to assist it with its migration.

In the documents, the Parliament revealed that its IT infrastructure was heavily based on a number of Novell platforms, which the organisation noted “had been identified as aged and end of life”. The Parliament is currently using Novell’s eDirectory 8.8, Netware 6.5, ZENWorks 7, GroupWise 8 and Identity Manager 3.51 platforms for a variety of services such as email, file and print services, identity management and so on. The parliament has some 1,100 users of its IT systems, 400 of which are located within Parliament House in Sydney, with the rest being spread throughout 95 electoral offices in NSW. Those users also use Windows XP on the desktop and Research in Motion’s Blackberry Enterprise Server.

“Parliament has predominantly used Novell as the vendor of choice for infrastructure, directory services, workstation management and corporate email systems,” the tender documents state.
“The Novell technologies are rapidly reaching end of life and trends have seen a large market share migrate infrastructure from Novell to Microsoft. Parliament will comply with industry standards and best practises to deliver a stable and future proof Microsoft solution that not only meets the businesses requirements, but allows users to perform their day to day functions effectively and efficiently.”

Organisations around Australia continue to gradually migrate off messaging platforms such as Lotus Notes and Novell GroupWise, and onto Microsoft’s Outlook/Exchange platform, together with integrated services provided by sister applications such as Active Directory. Some organisations have shifted to Google’s Apps platform, but the majority appear to be standardising on Microsoft infrastructure.

The Parliament noted that it did not have any offsite datacentres, with “all backend infrastructure … hosted in the Parliament House server room”. However, it does make use of VMware’s ESXi virtualisation platform. It currently has about 30 Windows Servers in its back office facility. Its identity management software connects into a variety of other platforms, such as SAP, Oracle and Lotus Notes.

The lack of a modern IT platform has meant the Parliament continues to suffer a number of problems with respect to its IT operations. For example, in the area of security, the tender documents state that ” there is a lack of basic system patching capability, which causes issues of security, application incompatibility and system stability of workstations in production”. This will be addressed through the implementation of Microsoft’s System Center Configuration Manager software.

Not all parliamentarians and their staff may be happy with the way that the Parliament’s IT staff are planning to upgrade their PCs. In line with industry best practices and a view to reducing the TCO (Total Cost of Ownership), the Workstation [standard operating environment] proposed to Parliament will be a locked-down SOE,” the documents state. “Every end-user will be presented with a predefined configuration and set of applications giving the workstations a standard ‘look and feel’ in terms of operation. Applications will not be able to be installed, removed or upgraded.”

The NSW Parliament has invited Data#3, Dimension Data, Directory Concepts, the Ethan Group, Fujitsu, HP and Logica to respond to its tendering initiative.

The news comes as New South Wales’ Coalition State Government has recently revealed a new and wide-ranging strategy which it said was slated to make it “the leader in ICT” when it came to public sector service delivery and the development of the state’s technology sector as a whole. The strategy includes the the implementation of virtualisation technology in all government agencies, and the development of a trusted Government private cloud, as well as the rationalisation of datacentre space into several new facilities.

In a recent statement associated with the strategy, NSW Deputy Premier Andrew Stoner and Minister for Finance and Services Greg Pearce emphasised the NSW Government’s desire to become a leader when it came to technology. “We want to make NSW the leader in ICT and this strategy sets us on the course to do just that,” Stoner said. “It has been developed by some of the best minds in ICT in the NSW Government and the private sector, including our digital economy taskforce, and the community who have come together to pave the way for NSW into the future,” he said.

opinion/analysis
There’s not really much to say here, apart from to welcome the NSW Parliament to the 21st century. It looks like the organisation’s IT platform has been woefully out of date, and I can imagine the state’s parliamentarians and their staff have often been avoiding using it entirely; I’m sure many within the Parliament bring their own MacBooks with Gmail into work instead of using these systems, as I am informed is also common within the Federal Parliament. All that the NSW Parliament is doing here is migrating onto platforms which are already overwhelmingly dominant within the private sector.