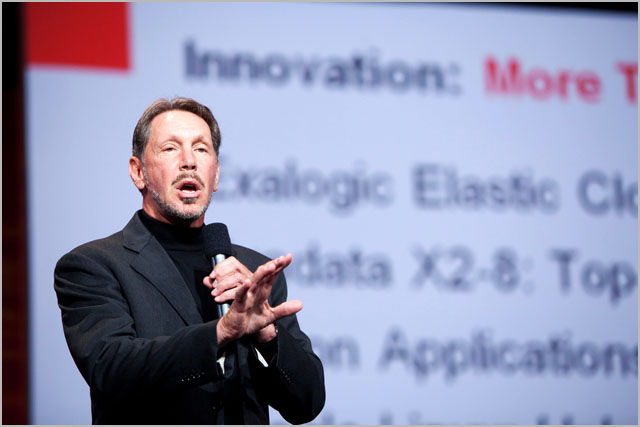 news Over the past month, Oracle has revealed its involvement in a series of new Australian technology rollout projects, with all of the initiatives using multiple pieces of the US software giant’s complex software stack and some additionally using some of the hardware products which it has been pushing following its integration of Sun Microsystems.

Perhaps the most high-profile deployment announced by the company is its rollout of its retail merchandising and demand forecasting packages at new home improvement retails Masters, a joint venture between Woolworths and US giant Lowe’s which is aimed at tackling the market dominance of Bunnings, a sister company of Woolworths arch-rival Coles. The company has opened ten stores locally since launching in Australia in September last year.

In a statement released in late April, Oracle revealed its retail software would support the new chain’s core merchandising and supply chain processes throughout its business, allowing Masters to manage data associated with its products, as well as ranging, pricing, forecasting and replenishment processes — with the data being shared between Masters’ head office, distribution centre and stores. The company is now able to centrally manage inventory, transactions and customer information.

Other pieces of Oracle software — the company’s business intelligence and Database 11g packages — underpin the retail rollout, and the deployment was supported by Indian IT services giant Tata Consultancy Services, with assistance from Logic Information Systems. TCS and Cognizant are providing production support.

Warwick Jones, Business Technology Manager Masters, said of the rollout: “We identified Oracle as key to creating a scalable, integrated retail platform that could support our aggressive growth strategy and tight implementation timelines, but also shared our goal to deliver a superior customer experience.”

In a second deployment disclosed in April, Oracle has won a competitive bid to provide Surat Basin Homes, which builds housing (100 homes a year at the moment, expanding to 200 next year) in the Surat Basin area, in Northern NSW and Queensland. The company will supply its JD Edwards Enterprise One package to Surat, including financial management, CRM, human capital management (including HR, payroll and recruitment functions), specialising home builder management and supply chain aspects, in addition to Oracle’s Primavera project and portfolio management software.

According to Oracle’s statement on the issue, Surat is rapidly expanding, adding on business and staff numbers, and needed a fully integrated ERP solution to help with the expansion. The implementation will go ahead with Oracle partner, the MEAC Group.

“The Surat Basin region is about to become one of the boom economies in Australia. Given our physical location (Chinchilla – four hours west of Brisbane) we face some extreme challenges to make our growth targets in the next two years. We’ve made significant effort to recruit the best talent out of Sydney and Brisbane. We therefore recognised that as part of the business plan we needed to invest in technology to help us achieve our growth plan,” said Jason Van Hooft, Chief Operating Officer, Surat Basin Homes, “We feel the team made up of Oracle and MEAC were the most responsive to our needs. Not only did they make the effort and take the time to meet with us face to face but they also showed their understanding of our industry and were able to decipher the key pain points that were important for us to address.”

The last deployment, at Federal Government agency Australian Hearing, combined Oracle software with some of the company’s hardware offerings. According to an Oracle statement, the agency, which provides hearing services to children, teenagers and young adults, has recently rolled out Oracle’s Exadata Database Machine, alongside its E-Business Suite, Fusion Middleware 11g and Database 11g Release 2.

The vendor said that Australian Hearing’s previous IT system was experiencing an average of two system outages per week, which was one of the drivers behind its upgrade. However, its business model was also changing, meaning it needed better performance from its systems, and it wanted more agile business processes and to give it clients greater accessibility through its website.

“Australian Hearing previously had a bespoke collection of software, created in 2000, that was inflexible and consisted of various silo applications,” Oracle added. “Over the past nine months, the organisation has implemented the Oracle E-Business Suite, including upgrading Oracle Financials and Oracle Human Capital Management.”

“Australian Hearing’s ongoing IT strategy is to increasingly remove paper-based records by continuing to streamline and automate its business processes, significantly reducing the amount of daily paperwork. This is particularly important in reducing the physical load on the agency’s mobile workforce of clinicians and specialists who currently carry with them boxes of paper files, along with a laptop, a small printer and clinical equipment for screening and basic testing.”

The agency’s chief information officer, Peter Gasparovic, said: “When we were considering Oracle Exadata for our technology platform, we were also looking at competitive solutions from two other major players in the market. However, in order to even come close to the performance benchmarks set by Oracle Exadata, the competitor’s solutions involved the need to dramatically increase the server farm, which would have resulted in high maintenance costs.”

opinion/analysis
Oracle, Oracle, Oracle. This article is full of Oracle. No doubt after reading it, you’re pretty sick of the word and never want to hear it again ;)

Now, on Delimiter I don’t place a huge focus on covering vendor media releases about customer deployments. They’re usually extremely positive (a bit too positive) for the vendors concerned and, in the worst cases, don’t demonstrate any insight and can just be a blatant advertisement for the vendor’s solutions. However, in this case, I wanted to highlight these examples in order to make a few points about Australia’s enterprise software market at the moment.

Firstly, what we can see from these three examples is that none of them are simple deployments. In each case, multiple Oracle products are being used for a complex solution which will underpin many different aspects of the end user organisation’s fundamental business.

When most vendors publish customer case studies, they typically will do so to highlight the strengths of a particular product line. Not so with Oracle. It seems that once you start talking to Oracle about one of the company’s products, you will often end up talking about (and buying) more. Eventually, it seems, many companies have ended up using multiple pieces of Oracle infrastructure throughout their business.

What this illustrates is that despite strong challenges from companies like Salesforce.com, Microsoft and so on as well as a handful of smaller specialised players, platform players like Oracle (and its rival SAP) which own the entire enterprise stack, are still very powerful in Australia’s marketplace, and there is no doubt that dominance will continue for the foreseeable future. It’s an issue NBN Co recently discussed when selecting its own enterprise systems.

Right now, I feel, Australian organisations are facing increasing reasons why they should simply choose whole stacks of enterprise software instead of individual solutions. For much of the fundamental underlying infrastructure (desktop, collaboration), it’s going to be Microsoft. For much of the higher-level enterprise apps, it’s often Oracle or SAP.

My suspicion is that the more niche enterprise service providers are having a hard time right now against these powerful stacks. The greatest strength of a company like Oracle is that once you open up a conversation with the company, it has a thousand solutions to offer you which all complement each other.

Now, that’s not to say that there aren’t downsides to becoming a core Oracle customer. The company’s lock-in and price headaches are legendary within the industry, and despite buying Sun Microsystems and picking up MySQL along with it over the past few years, “open” is still not a core Oracle concept. I’m sure Gartner has about a billion reports you can buy on how to mitigate these sorts of issues when dealing with Larry Ellison’s giant creation.

But what it does say is that right now, the smaller class of enterprise software players probably need to do more to illustrate what advantages their more niche solutions have over the comprehensive ‘stacks’ being offered upstream, when even mid-sized companies are signing on to the whole Oracle paradigm.