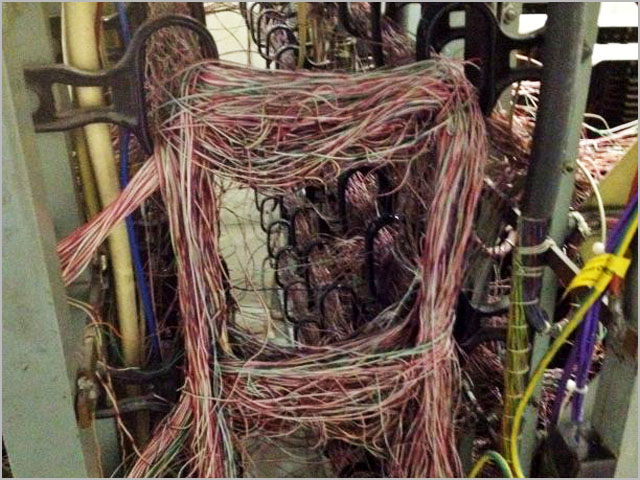 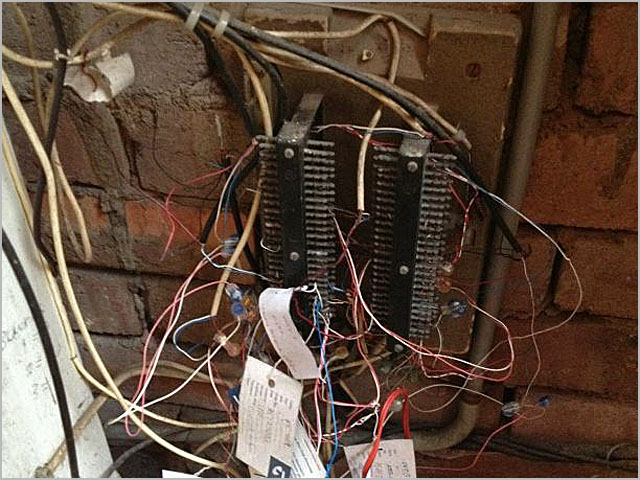 What, you are likely asking yourself about now, am I looking at? It’s pretty awful, isn’t it?

Crazy strings of spaghetti wire going everywhere, laid along a series of what looks like iron clamps, with some odd-coloured Ethernet cables running along the side and loosely collected together with plastic ties. A bit of wire on a brick wall, with crazy bits coming off everywhere at every angle, with hand-written notes attempting to show what does what and what’s supposed to go in where.

Does any of this look familiar? It should. The pictures you are seeing are just everyday shots taken of Australia’s current copper telecommunications infrastructure (the end user part of it, that connects to your house). This is the network which provides most Australians with broadband and fixed-line telephony. A bit shocking, isn’t it? Doesn’t look terribly reliable, does it?

What I want to do with this article is encourage people to send any similar shots you have of awful sections of Australia’s copper telecommunications infrastructure in so we can publish a huge collection. Broken cables, cables poking out, patch panels with wires everywhere, street-side cabinets open to the elements, we want them all. Send them to renai@delimiter.com.au or post links in the comments under this article, and in a week or so we’ll publish a featured selection of the worst. Also let me know where you found these examples so we can caption them appropriately.

The aim of the exercise is to have a decent stab at showing graphically what Australia’s current fixed telecommunications infrastructure is really like in some spots — beyond the hype about the NBN, let’s get down and dirty with the copper and see what it looks like on the ground. If we’re going to talk about next-generation telecommunications networks, let’s take a look at how last century’s platform is faring in 2012, especially as we talk about keeping it active for future fibre to the node rollouts.