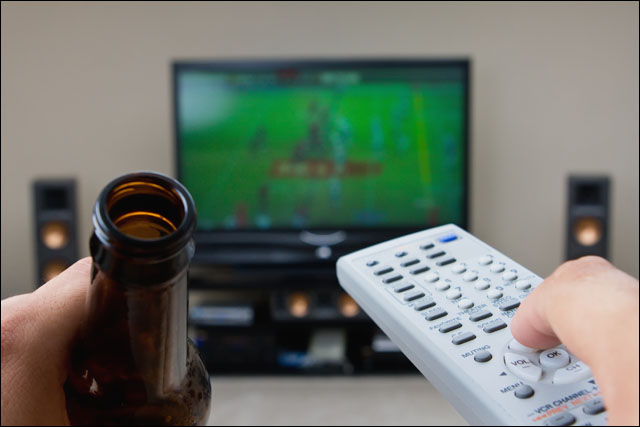 news The Australian Competition and Consumer Commission (ACCC) has announced it will not oppose the proposed acquisition of AUSTAR by FOXTEL, greenlighting the multi-billion dollar merger of the two pay TV giants and paving the way for Australia’s digital TV sphere to be re-shaped.

In a media release issued yesterday, the ACCC announced that to aid with its approval, it would accept court-enforceable undertakings from FOXTEL, which will prevent FOXTEL from acquisition of exclusive Internet Protocol Television (IPTV) rights for popular programs and movie content.

ACCC had earlier announced that it had initiated a consultation on a proposed undertaking by pay TV giant FOXTEL regarding its proposed $1.9 billion acquisition of Austar, a major pay TV company. Following extensive market feedback and discussions with FOXTEL, the non-exclusivity provisions of the draft undertaking were broadened to address the likely harm to competition arising as a result of the acquisition.

The undertaking is for 8 years and includes more than 60 linear channels supplied by independent content suppliers, internationally broadcast channels including those currently not carried by FOXTEL, movie linear channels, Subscription Video on Demand (SVOD) rights to current/past seasons of television programs and SVOD rights to movies. The merger highlights include:

The main areas of concern with the proposed acquisition of the two major pay TV giants in Australia were in the national market for retail supply of subscription television services, especially related to IPTV, and in the regional markets for fixed broadband and telephony. The merger would have meant that Telstra, a major shareholder of FOXTEL, would be a superior player in fixed voice, broadband and IPTV services.

ACCC chairman Rod Sims said “By reducing content exclusivity, the undertakings will lower barriers to entry and promote new and effective competition in metropolitan and regional telecommunications and subscription television markets.” He added that the undertaking offered by FOXTEL is unlikely to substantially reduce competition.

As telecommunication networks develop, the ACCC expects that the undertaking will create more opportunities for competitors to develop differentiated and consumer-friendly subscription television offerings combining IPTV services with other telecommunication services. The undertaking however, does not prevent acquisition of exclusive rights to individual sports.

Sims added that the ACCC will remain conscious in regard to competition concerns and misuse of market power, and whether there is a need to advocate for regulatory intervention in existing and emerging media markets.

“The merger between FOXTEL and AUSTAR will create a pay TV company that will be able to provide innovative content for customers across Australia,” he said. “It will also enable Telstra to expand its FOXTEL on T-Box offering into some AUSTAR areas over time, enabling regional Australians in those areas to enjoy the same high quality IPTV services as those who live in metropolitan areas. Telstra will provide further detail on its plans to expand the availability of FOXTEL on T-Box at a later date.”

However, not everyone is happy about the ACCC’s decision on the matter.

Greens communications spokesperson Senator Scott Ludlam said the ACCC should have delayed its decision in light of the allegations of commercial piracy levelled by the Financial Review newspaper against News Corp subsidiary NDS. Foxtel is part-owned by News.

“The competition impacts of the takeover were troubling enough, and were made infinitely more troubling by the piracy allegations,” said Ludlam in a statement. “This takeover will exacerbate the one-way trend towards monopoly in Australia’s pay-TV sector, and the ACCC should have put any decision on hold until these serious allegations against News Corp entities are resolved.”

“I wrote to the ACCC on March 28th to request a hold on the decision and asked that the ACCC review all relevant material pertaining to the allegations of commercial piracy by News Corp against rival subscription television vendors before coming to a conclusion on the proposed $1.9billion takeover. On that same day it was revealed that the Australian Federal Police are assisting
UK police investigating the News Corporation phone hacking scandal. Regardless of the court-enforceable undertakings from FOXTEL designed to limit the acquisition’s negative impacts on competition, the gravity of the pay-TV piracy allegations should have put the decision on hold until they are resolved.”

In addition, Telstra’s telco rivals Optus and iiNet have also publicly repeated their concerns about the merger.

opinion/analysis
To be honest, as a technology industry commentator the merger of FOXTEL and AUSTAR doesn’t bother me too much. In the long-term, content is becoming disaggregated from the platforms which it was previously bound to, and I don’t expect the merger of two pay TV rivals without much of a common geographical footprint to tie up the market too much. The emergence of Apple’s iTunes platform as a video distribution system, coupled with IPTV initiatives delivered over broadband (especially as the National Broadband Network is rolled out) should solve much of these market competition issues over the next few years. God knows, most Australians of my generation (Generation Y) don’t really care about FOXTEL at all. Very few of my friends are subscribers.