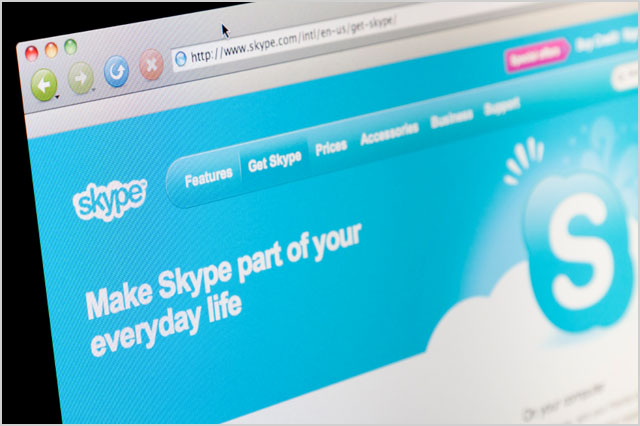 news Australian enterprises have started using more public telephony and softphone services as part of their voice and video communications mix, analyst firm Telsyte has found — with commodity platforms like Skype winning out ahead of more premium enterprise IT-focused offerings from the likes of Cisco and Avaya.

A study published by the firm last week covered interviews with more than 300 CIOs. Telsyte found that key trends were the increasing use of IP-based communications, software-only telephone systems, and cloud services for voice and mobile unified communications. Thus, consumer-grade services like Skype, a leader in public VoIP software, were being used for videoconferencing in 30 per cent of the companies that had this technology.

Telsyte senior analyst Rodney Gedda said traditional enterprise telephony equipment was up against fast-paced consumer products and services readily available on people’s devices of choice. “Advancements in cloud and consumer-grade systems allow workers bypass an organisation’s existing investments in enterprise communications systems and software,” said Gedda, adding: “The use of mobile devices instead of company handsets can also impact enterprise communication requirements. For example, if a consumer-grade UC app is available on a smartphone and an enterprise vendor app is not, people will choose what is available.”

There were more software-only communications systems available today, and the choice tended towards what software or cloud system IT leaders were comfortable with, over the traditional hardware PABX. Since CIOs were receptive to these changes, the market was competitive. Defining the hosted telephony market as ‘cloud’ telephony, CIO’s have found that business processes could be performed effectively in the cloud. Consequently, as cloud telephony services matured, there would be fewer compelling reasons to invest in on-premise systems.

According to Telsyte, the market opportunity for telephony vendors and service providers was linked to a lengthy sales cycle, because organisations, on an average, upgraded their telephone systems once every five years. It also found that 37 per cent of organisations had no plans to deploy UC and a further 6 per cent had a five-year roadmap, indicating CIOs were reluctant to take on a UC project. The void was being filled by various public communications tools.

Australian businesses were already looking at mobile UC as the next aggressive business tool. A majority of the organisations surveyed had integrated mobile devices with their UC implementations, but the total number of deployments was still low. Gedda said the leading type of videoconferencing was software on a regular PC or notebook with a video camera. This indicated a preference to use videoconferencing along with regular applications instead of only a dedicated system.

Microsoft’s acquisition of Skype was an endorsement of the reach of consumer-oriented communications software. The company had already started integrating its Lync server with Skype. Other UC vendors too, could increase their relevance by integrating with popular consumer communication services.

opinion/analysis
Skype has long been the favourite tool of small businesses looking to collaborate cheaply. It’s not the best tool in the world, but it’s pretty cheap and easy to set up, and it’s brain dead to use. Plus, when you start using it, you quickly discover that there’s a wide ecosystem of others using it — which is all the more incentive to jump on board. Free calls and videoconferences are free calls and videoconferences, after all.

For these reasons, I’m not surprised at all to see the tool percolating further into the enterprise. One of the longest trends within enterprise IT has been users covertly deploying tools which their IT department won’t, in order to gain higher levels of efficiency and productivity from their workplace technology systems. I personally have bucked the system at most of the organisations I’ve worked at to deploy software like Mozilla Firefox, in order to avoid having to deploy legacy browsers like Internet Explorer 6.

Companies such as Jetstar, which are moving away from having physical telephone handsets on desks, have for several years been showing large Australian organisations that in many cases, they may not actually have to deploy much of the physical infrastructure commonly believed to be necessary for unified communications in enterprises. And now vendors such as Skype — which after all, is a globally scalable system with millions of users — is showing the potential of cloud telephony. Many workers, put simply, will never need complex enterprise-grade UC technology, when so much of that functionality is available via platforms like Skype.

Of course, all of this will make IT departments very uncomfortable. Skype does have some corporate management tools, but they’re very immature. However, the future of technology in large corporations simply does not revolve around the IT department — a fact technology workers will have to get comfortable with ;)