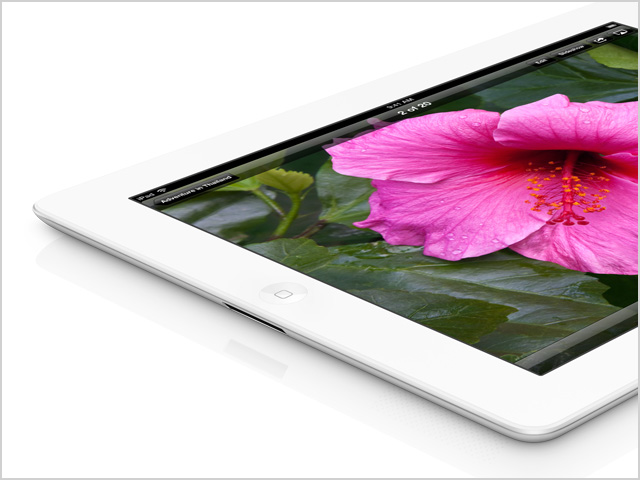 “Telstra is throwing open the doors to its Sydney (George St) and Melbourne (Bourke St) flagship stores at 12.01am Friday morning so that customers will have the chance to get in early to purchase the new iPad,” a spokesperson for the company said in an email this morning. “Select” Telstra retail stores will also be selling the iPad from Friday morning, they added.

Late last night, Apple issued a media release stating that it would open its Australian stores tomorrow morning at 8AM Australian time for the launch, while Vodafone and Optus have also both issued statements noting that they would be selling the iPad from Friday morning — although neither appear to be planning midnight launch events at this point. Apple retailer Next Byte will also have stock of the new iPad and will have stores open even before Apple itself — at 7:30AM in some cases.

During previous Apple launches it had become something of a tradition for the Australian mobile telcos to hold midnight launch events for the devices, with customers being showered with food and drink as well as fre live music by popular bands and the chance to meet celebrities at the launches. However, this year the launch of the new iPad appears to have become a more muted affair. A line has formed in front of Apple’s Sydney store to buy the new iPad, but the first customer in line is actually being paid to line up as part of a publicity stunt for a local startup.

Apple had already released stand-alone Australian pricing for the iPad. However, over the past several days Telstra, Optus and Vodafone have also released month to month pricing plans for the tablet, which come bundled with the device itself and network access.

Vodafone’s plans come with data inclusions from 2GB to 18GB, and range in price from $47 to $96 per month. The company also has 12 month plans.

“We’ve almost completed the rollout of our new 850MHz network built specifically for devices like the new iPad. Also, when customers buy an iPad plan it’s backed by our new network guarantee to ensure customers are happy on our new network,” said Noel Hamill, director of marketing and sales at Vodafone. “Vodafone customers can count on us to deliver competitive plans and great coverage so they can really explore the amazing new iPad and all it can do.”

Gavin Williams, Consumer Marketing Director, Optus said: “The Optus Open Network, in conjunction with our commitment to superior customer service, represents a great platform for Australians to experience more with the new iPad. The popularity of tablets in Australia is rapidly rising and Optus is excited to offer our customers a number of great value plans for the new iPad.”

It is believed that only Telstra’s network can fully take advantage of the dual-channel HSPA+ speeds (with typical download speeds ranging from 1.1Mbps to 20Mbps) that the new iPad supports. However, the device is not supported on Telstra’s 4G network, which offers even faster speeds in CBD areas. In addition, Telstra has recently been suffering problems with congestion in some city areas, leading to a number of user complaints in the area.