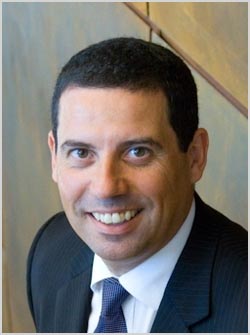 It appears this story was first reported by iTWire, but Nikoletatos has made the change public on his LinkedIn and Twitter profiles.

Nikoletatos has many achievements to his credit. Curtin is one of Australia’s largest universities, and as of June 2011, had almost 45,000 students and more than 3,400 staff on nine different campuses. It migrated students to Microsoft’s hosted Live@EDU email platform over the past few years, in a move that affected almost 192,000 students and alumni. As CIO, Nikoletatos considered using Microsoft’s hosted email platform for staff as well. Nikoletatos had acknowledged Microsoft partner Dimension Data’s good work in helping the University shift to Office 365.

According to their respective LinkedIn and Twitter profiles, Nikoletatos was replaced at Curtin by Ian Hill, formerly the Associate Director Infrastructure at Curtin. Hill had held other positions with Curtin, including Acting Director, IMS, Manager, Quality & Policy, and Assistant Director, Centre for Educational Advancement.

In November 2010, Nikoletatos had stated that 300-400 iPad tablets had been bought by the Curtin University staff, either out of their own pocket or paid for by the University. Nikoletatos had outlined some of the benefits of the tablet, such as portability, light weight and rapid information access. “We’re moving away from fat client applications — the browser will be king in five years’ time,” he had said. Commenting on Apple as an innovative company, Nikoletatos had also opined that it was highly secretive, offering little information prior to the launch of new products.

A couple of months prior to that, in September 2010, Optus Cloud Solutions had announced the launch of Infrastructure as a Service (IaaS) delivered through the Optus ‘Evolve’ IP network. Curtin had been one of the handful of enterprise customers that had trialled Optus’ cloud services beta launch. Along with benefits to the Curtin community, the Optus Cloud Computing Solution was used to support a major astronomy project. “Researchers like to have the flexibility to manage their IT requirements based on a switch on, switch off basis. We see a real opportunity to provision bespoke environments for researchers so they can access computing on demand. This model could also be potentially extended to students as we progress along the cloud journey,” Nikoletatos had explained.

Under Nikoletatos’ leadership, Curtin and ANZ Bank had planned to deploy Microsoft’s Surface multi-touch tabletop system. Nikoletatos had said that the platform would enable new opportunities for collaboration and provide an “engaging educational tool”.

opinion/analysis
I don’t see Nikoletatos as merely a ‘keeping the lights on’ type of chief information officer. We haven’t heard a lot from ANU over the past few years when it comes to technology infrastructure change that leads to better educational outcomes. However, I think that’s about to change, with a change agent like Nikoletatos taking up the CIO role. My bet is that he has been consciously hired to drive a positive program of IT change at ANU. It will be interesting to see what his approach will be at one of Australia’s oldest and most venerable institutions.