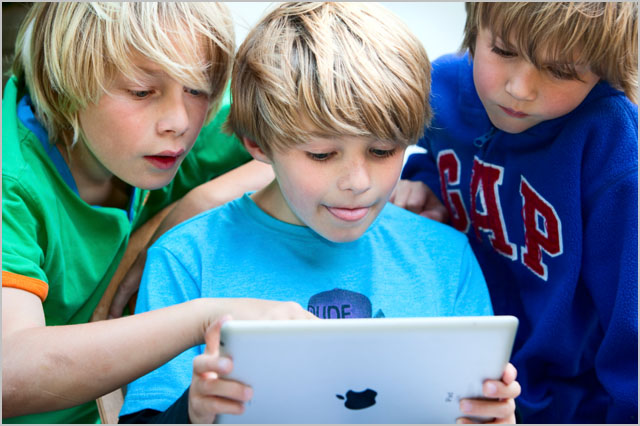 news Some of the youngest of Western Australia’s nearly 262,000 students enrolled in 770 public schools will now use the latest in Apple tablet technology to learn about alphabets and numbers.

Premier Colin Barnett and Education Minister Elizabeth Constable made an announcement this week, stating that Year 1 and 2 students in 17 schools would participate in the Early Childhood iPad Initiative to develop their numeracy and literacy skills. They will be guided by two mentor schools that have already experienced this new form of education during a pilot project. Nine hundred iPads would be made available to the schools.

“Our new on-entry assessments of pre-primary students give teachers vital information about the skills our youngest students possess as they enter school, and we are delivering the tools teachers need to best connect with young students” said Barnett.

According to Constable, teachers piloting the program last year had found students responded very well to using iPad apps to develop their reading and maths skills “Students are very confident with the technology generally, and are excited to use iPads. This can only be good for their education” she said. Teachers across the state are already using electronic whiteboards in the classroom. “This technology is reinvigorating learning and iPads will similarly have an impact in the classroom” Constable said.

Schools and universities in Western Australia have been independently testing iPads and tablet devices in various educational programs for over a year. In September 2010, the chief information officer of the Department of Education and Training, Bevan Doyle had said, “The department does not have a policy on the use of iPads or Android-based technology at this stage; however some schools have bought tablet devices to trial in various settings.” He also stated that if educational institutions showed an interest in a ‘central buying arrangement for iPads’, official movements such as seeking optimal pricing would be made.

The WA department ensures that public schools receive technology funding to maintain a student-to-computer ratio of 1:5 for secondary schools and 1:10 for primary schools. “Schools are able to use the remaining funds for other technologies including iPads, and of course schools can supplement the funding from other sources” said Doyle.