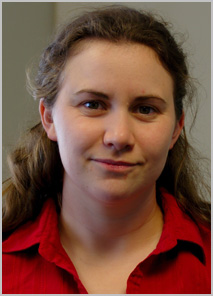 news IT industry personality Pia Waugh has announced her decision to resign from her job as policy advisor to Labor Senator Kate Lundy, with a new role in the public service looming.

In a blog post published this week, Waugh writes warmly about her experience of working with Lundy since her appointment in April 2009, and outlines her learning from her association with the Senator.

Waugh, a self-taught computer specialist, has also studied politics at a tertiary level. Prior to working with Lundy, Waugh worked as an Australian free software advocate, holding the position of President of the organisation that manages Software Freedom Day (2006–2008), and President (2003–-2004) and Vice-President (2005–2007) of Linux Australia.

Waugh worked with IT services company Volante for many years before her appointment as Research Coordinator of the Australian Service for Knowledge of Open Source Software (ASK-OSS) project in 2005. A year later, she became director of Waugh Partners, an Australian Open Source consultancy, with her then-husband Jeff Waugh. Waugh Partners received the 2007 NSW State Pearcey Award for Young Achievers in recognition of their promotion of Free Software to the Australian ICT industry. Waugh had announced her decision to stop work with Waugh Partners and to step back from leadership and advocacy roles in community groups in April 2009.

Waugh has been involved in various projects and events supporting ICT careers for women. She was the project leader and a member of the Board of Directors of the One Laptop Per Child Australia program, started in 2008.

Speaking positively about her work with Lundy, Waugh writes, “I was quite wary of going to work in a political office, but my curiosity about how the machine works combined with a desire to help make good tech policy and an immense amount of respect for Kate brought me into one of the most interesting, fun and challenging jobs I’ve ever had.”

Waugh summarises how her job helped her understand the working of the legislative and executive arms of government, the history of democracy and Australian politics, the ideological and historical premise of major Australian parties, and the interface between party politics and democracy through the years. Expressing gratitude for the patience, compassion, wisdom, critical thinking, and strategy and policy development she has imbibed from working with Lundy, Waugh writes, “I have been lucky to work for a politician who is passionate and knowledgeable about technology and good policy. She has been a valuable teacher and mentor.”

Waugh writes that she has come to understood human nature better. “Working in an electoral office gives one some insight to the difficulties faced by many, but also some insight to the challenge in maintaining a constructive and respectful dialogue. I think democracy is about finding ways to have a transparent, informed, respectful and constructive dialogue with all the people on complex policies and implementation, so governments can best implement the best policies for the communities they serve,” she says.

Waugh expresses her satisfaction with her work on Lundy’s website, the Public Spheres, Open Government, and helping the Senator link together technology policies across various portfolios. “She is a person who has engaged fully in her role with integrity, responsibility, grace and a firm grip on her own principles. She is a politician that makes me believe politics isn’t just a dirty word and I wish we had more like her.” Waugh stated that she hopes to take up a role with the Australian Public Service in the coming weeks, with a promise to provide an update on her efforts soon.

opinion/analysis
I have a huge amount of respect for Waugh, and it will be fascinating to see what she gets up to next. Waugh is one of a few people in Australia’s technology sector who I would describe as a ‘change agent’. Wherever she works, and whatever she puts her hand to, things will change around Waugh in a positive way, like a swirling whirlpool, as she helps to sweep aside the old and introduce the new. Waugh’s already done a great deal in this area, but Australia’s public sector bureaucracy could certainly do with more help to advance itself into the new and coming era of heightened transparency and collaboration.