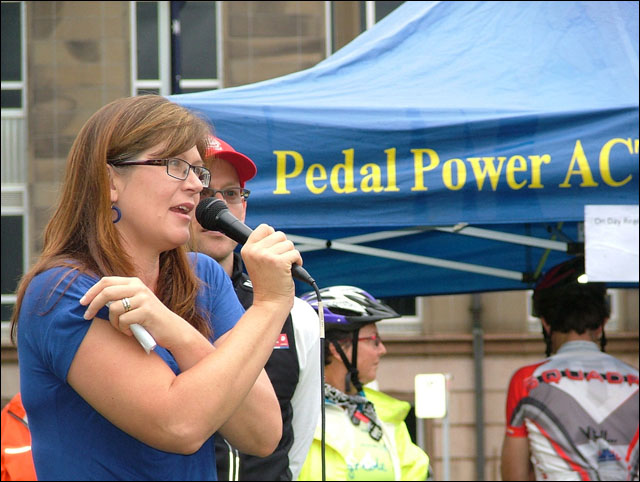 Kate Lundy tonight flagged her support for Prime Ministerial challenger Julia Gillard in the Australian Labor Party’s leadership spill tomorrow morning — a vote the Labor Senator believes may present “an opportunity for a change” in the Government’s technology policies with an expected Gillard victory.

“I think she will be a fantastic Prime Minister – I think she has the runs on the board as far as her exemplary performance goes as deputy Prime Minister,” said Lundy in a brief interview late tonight. “I’m very excited about the prospect [of Gillard winning] tomorrow.”

The Labor Senator said she expected that Gillard had the numbers in the Labor caucus to take the leadership — confirming multiple reports tonight that incumbent Prime Minister Kevin Rudd was likely to be ousted tomorrow morning.

Lundy is seen as one of the central figures involved in influencing Labor party technology policy, courtesy of her enduring interest in the sector. The Labor Senator opposed the Coalition as the Shadow Communications Minister for several years from 2001 through 2004, and continues to be involved in the Government’s technology policy.

Notably, Lundy is currently pushing for modifications to be made to the Government’s controversial mandatory internet filter policy, that will allow Australians to either opt-in or opt-out of having their internet connections filtered at the ISP level.

“I think the change of leadership presents opportunity for a change,” said Lundy tonight. Questions about Gillard’s views on technology policy would need to be put directly to the Prime Ministerial challenger, the senator said, but she added Gillard was aware of Lundy’s views.

In general, Lundy didn’t want to pre-empt any potential change in Labor’s technology policy at the cabinet level and she noted that the changes she is proposing to the internet filter legislation would still need to be worked through as part of the party process – with the bills having not yet been tabled by Communications Minister Stephen Conroy.

Normally the legislation would need to be put to the Labor caucus, after which modifications could be proposed, but Lundy acknowledged a change of leadership could change the process.

“I have put my suggestions forward to every member of caucus and will be lobbying,” she said.

The leadership spill will also re-open ongoing speculation in the technology sector that Lundy could win the communications portfolio from Conroy as part of a cabinet re-shuffle. It does not appear that Conroy has yet made a statement on the spill tonight.

“There’s no question that Kate understands the industry really well, better than Conroy ever did and has great relationships there,” said Electronic Frontiers Australia chair Colin Jacobs late tonight. “I personally would love to see a change in direction in the ministry given what we have seen in the past few years.”