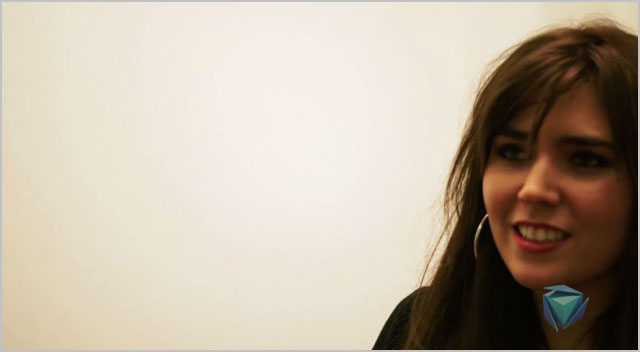 news Pollenizer-backed startup 99dresses this week took its site down for renovation promising that it would eventually return, but revealing it was suffering from financial problems linked to its use of virtual currency.

The site was launched in 2010 by high-profile Australian entrepreneur Nikki Durkin (pictured in a video by StartCastAU), backed by local startup incubator Pollenizer. Its model has seen users able to upload their unwanted clothes to sell for a virtual currency — known as ‘buttons’ — which they can then spend on other users’ clothes. It shot to local prominence after tens of thousands of women shared its Facebook page.

Durkin — in her early twenties — has been a regular in Australia’s startup scene and has featured in dozens of articles about her early success, as well as winning awards. As late in October last year, for example, Durkin won the iAwards startup company category awarded by the Australian Information Industry Association. She granted an interview to site The Brave Discussion in November, and was featured in a video by Australian Anthill in July last year discussing her sudden success.

In November ZDNet.com.au revealed that Durkin and her technical co-founder Peter Delahunty had been accepted into the three-month development program run by US incubator Y Combinator. The spot comes with venture capital and graduates enter an exclusive club with extensive access to successful startup mentors and financiers.

As first reported by ZDNet.com.au, 99dresses’ site has been taken town. A note on the site posted by Durkin states that “99dresses is changing dramatically due to financial constraints.” “Unfortunately we have to do away with buttons as a virtual currency,” Durkin added. “I just wanted to thank everyone who gave 99dresses a go, and apologize for letting you down. I’ve learnt a lot, and I’m confident that I’ll eventually be able to make this new version of 99dresses even bigger and better with your feedback and support.”

“We’re doing away with the current 99dresses because it just doesn’t make for a sustainable business and so heading in a new direction,” Durkin added in a YouTube video disclosing some of the new features and design of a planned new version of 99dresses. The new version, she added, would use something called ‘closet credit’, which users could earn — although users would be able to pay the difference in cash if they didn’t have enough to buy items.

“Thanks for sticking with me throughout last year. I made a lot of mistakes and kind of really screwed up, but I’m still not giving up. I really want to change the way women consume fashion, so this is my next attempt,” Durkin added in her video.

opinion/analysis
Durkin’s actions in taking 99dresses down for renovation says several things about her company and about Australia’s startup market.

Firstly and most obviously, I consider it fairly strange that the site has simply been taken down for renovation instead of developing a new version on the side and then launching that. Durkin has been very public in comparing 99dresses to established retail sites such as eBay, but there is simply no way that most other retail sites would take their current sites offline while they developed new ones.

With all the backing that Pollenizer and Y Combinator can offer, couldn’t 99dresses have kept running while Durkin and her team developed the new one in the background? The only explanation I can think of is that they were losing money speedily by keeping the existing site up. However, if this is the case, why was Durkin so prominent in the media just several months before the site went down? Shouldn’t she have declined interviews and focused on the business until things were back on track?

Secondly, this event illustrates the highly volatile nature of Australia’s startup market in general. Hugely popular and well-known in Australia’s startup community, Durkin had won awards, been featured in countless articles in the mainstream media and become an icon for entrepreneurship locally. If someone in that position can have their startup fail — and need to go back to the drawing board — then anyone can. I do, however, wish Durkin the best of luck in the future — often small business failure only leads to larger success later on, for tenacious and repeat entrepreneurs like Durkin :)