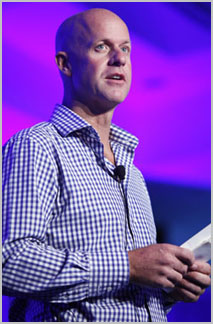 news Facebook has announced that Paul Borrud, Head of its Australia and New Zealand (ANZ) operations will be leaving the company after a six-year long stint. Borrud has decided to leave Facebook to enjoy more time with his family and to pursue personal interests.

ZDNet.com.au reports that before joining Facebook, Borrud was a national sales director at Yahoo. Borrud headed Facebook’s west coast sales in the US for a while and was then appointed Regional Vice President of the ANZ operations in March 2009. He was the direct local contact for Australian brands, agencies and businesses. He was also responsible for increasing the company’s share of the local advertising market. The site then had approximately 5 million Australian users.

According to the Sydney Morning Herald, Facebook’s user base soon rocketed to 6 million as Borrud actively took to advertising the site’s features widely. This happened in spite of having to deal with a scandal in Queensland soon after joining.

Facebook has been in trouble more than once with the Australian authorities over content available on the site that hindered criminal investigation. Although there have been incidents in Australia that questioned Facebook’s presence in the region and its relationship with authorities, the fact remains that Facebook is still an integral part of Australian society.

The main advantage of having Borrud in Australia appears to be that was that decision makers in the local marketing community had a local contact. Borrud and his team worked at steering advertisers away from cheap banner advertising towards better quality and more expensive ads on Facebook’s site. These ads aimed at greater interaction between brands and Facebook users.

About his time with Facebook, Borrud says, “Facebook has been an amazing ride, from our early days as a start-up through to moving to Sydney and making Australia home.”

Facebook said: “We are grateful for Paul’s dedication and the contributions he has made to the company, and we wish him well as he takes some personal time with his family.” Borrud will remain with the company until mid-February. Facebook, meanwhile, is looking for a suitable replacement.