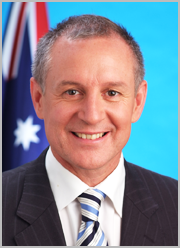 news South Australia Premier Jay Weatherill has toured the high-tech city of Chattanooga, Tennessee in the United States, to survey the city’s revitalisation brought about with the use of high-speed broadband.

The City of Chattanooga leads the United States with its gigabit-per-second broadband network connecting homes and businesses. The city has been named one of the seven most intelligent cities in the world and it recently won an award for the Coolest Community Application. Weatherill viewed several applications of the world-leading technology in the run-up to the Australian Government’s roll-out of the National Broadband Network (NBN).

In a statement issued this week, Weatherill described Chattanooga as an example of what a city can achieve if its government and businesses are prepared to use broadband technology to resolve issues. “After a history of being known for its pollution, the manufacturing city of Chattanooga has reinvented itself as a hub for high-tech and advanced manufacturing. Recently Volkswagen has opened a new plant in the city, as well as a substantial Amazon fulfilment centre,” he said.

The City of Chattanooga hosted Weatherill and held briefings from a variety of business and civic leaders on the current and future applications of the gigabit network. Some of these were police and fire communications, intelligent traffic systems, stormwater and waste water management and medical diagnostics.

The city also gave Weatherill a demonstration of the smart lighting and camera technology that enables police to regulate the level of lighting in public areas — an effective practice that has checked anti-social behaviour and transformed the city’s Coolidge Park into a popular destination. “Coolidge Park is an excellent example of how a city has opened up its riverbank using a combination of business investment and new technology,” Weatherill said.

The Premier spoke about his intention to develop a connection between Adelaide and Chattanooga and to explore how the South Australian Government could learn from the city’s innovative ways in these areas.

Weatherill is on an 11-day visit to the US. He will meet General Motors chief executive officer Dan Akerson and be given a number of high-level briefings on the world economic situation. He will also host a defence function and attend the G’Day USA Gala.