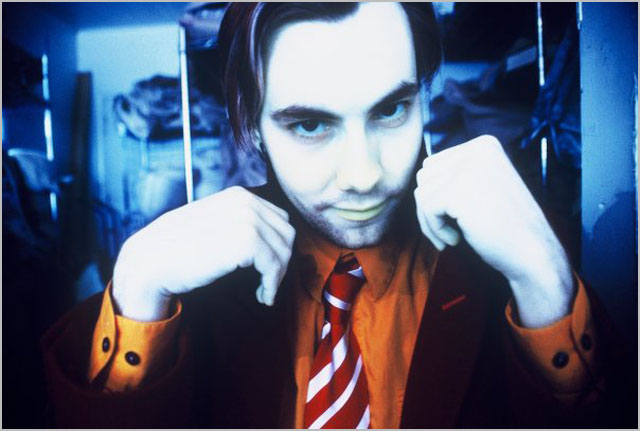 news Jacob Appelbaum (pictured, above), independent computer security researcher and hacker, will be visiting Australia soon, with one item on his schedule being a ‘War on the Internet’ event, scheduled for 21 January, 2012 at Trades Hall, Melbourne between 3pm and 5pm. Supported by the Australian Greens Party and Electronic Frontiers Australia, the event will have speakers “challenging gatekeepers and proposing alternatives to the weaponisation of cyberspace.”

The flyer for the event terms the response of governments and corporations to Wikileaks, Anonymous, the occupy movement and the Arab Spring, as “defensive and warlike.” The flyer states, “The internet and social media were declared tools of agitation. Behaviour that sought peaceful democratic reform was characterised as treasonous or even terrorist.”

“Governments asserted the right to flick the internet off-switch. And law enforcement, Internet Service Providers, telcos and the judiciary were enlisted to harass activists via subpoenas, takedown notices, mercenary denial of service attacks, and direct denial of services based on unexplained breaches of hard to find user licences,” the advertisement continues.

Referring to the sort of ritual harassment activists like Appelbaum face, the flyer terms the far corners of international airports as “dark places reserved for unlawful arrivals and criminal suspects”. The US Department of Justice had obtained a court order in December 2010 to obtain data from Appelbaum’s Twitter account (under the name @ioerror). US Customs agents have detained him 12 times at the American border on his return from the Netherlands, Siberia and Iceland, and seized his laptop and mobile phones.

A core member of the Tor project for online anonymity, Jacob Appelbaum is currently employed by the University of Washington. He represented Wikileaks at the 2010 Hope conference. His association with Wikileaks has resulted in his repeated detainment and questioning by US law enforcement authorities. Appelbaum is a member of the hacker organisation, Cult of the Dead Cow, since 2008, and has co-founded the San Francisco hackerspace, Noisebridge, with Mitch Altman. He has worked with Greenpeace and volunteered for the Ruckus Society and the Rainforest Action Network. Applebaum is also a photographer and ambassador for the art-technology-philosophy group, monochrom. He tweets as @ioerror.

Senator Scott Ludlam is the Greens Senator from Western Australia since 1 July 2008, and holds responsibility for the communications portfolio. He holds a position on the National Broadband Network (NBN) Senate Select Committee since February 2009, and was appointed to the Joint Select Committee on Cyber-Safety in March 2010. Ludlam’s interest in technology focuses on sustainability challenges in Australia and their impact on human rights, social justice and pro-democracy movements in other countries. He has been in the spotlight for his opposition to the internet filter plan, mainly for the possibility that small special interest groups could pressurise the Government to blacklist certain websites. Ludlam twitters as @SenatorLudlam.

Ludlam has expressed his viewpoint in an editorial published by ABC in February 2009, that the filter was not the way to protect people from objectionable material online. Talking about both the potential for positive change and the dark side of the internet being a reflection of human society, Ludlam said, “It reflects the best of us and the worst of us. It reflects the pro-democracy aspirations of people taking enormous risks, in service to their community, and it also exposes the epidemic of sexualised violence in society – violence against children, violence against women.” He opined that the internet filter debate is only a superficial debate about a particular technology, which does not address the need for a deeper conversation about violence in society.