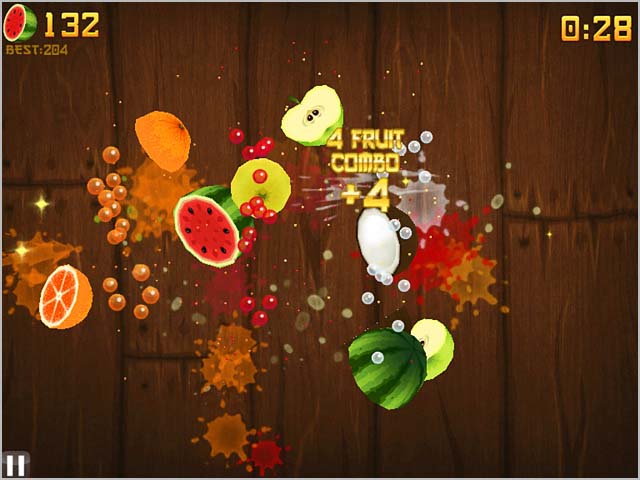 news Leading Australian game developers Halfbrick Studios are opening a new Sydney office and will be developing the next edition of their internationally acclaimed app Fruit Ninja in the city, announced NSW Deputy Premier Andrew Stoner yesterday, with the support of funding from the State Government.

Stoner stated that the NSW Government had made the investment through the new Interactive Media Fund that has been set up to support creative digital content, including electronic games and transmedia projects.

Earlier, in October the NSW Government had announced the formation of a taskforce to help create a 10-year action plan for developing the NSW digital economy. Along with this, Stoner had also revealed the allocation of $3 million by the Government into the Interactive Media Fund.

Fruit Ninja was named by Time magazine as one of the 50 Best iPhone Apps of 2011. Stoner predicted that the worldwide gaming phenomenon Fruit Ninja would grow even larger with the project spearheaded by the newly formed Sydney team of Halfbrick Studios. A team of talented games developers for the new studio is being put together by Sydney-based developer Aidan Millott and colleague Dale Freya. The new Sydney team will progress towards evolving the Fruit Ninja games franchise. The new game will entail players releasing a series of fruit to knock ninjas off their towers in a 3D world, with each fruit having special powers.

The game’s latest edition is due out in 2012; it will initially be developed for Apple’s iOS mobile operating system. Later it will be provided for other platforms including Android.

Speaking about the fund, Stoner said that it would help NSW build its share of the high-value digital games sector, which would have increasing importance in developing serious business and educational tools in addition to entertaining games like the new Fruit Ninja project. “The global digital games market is expected to more than double to $53 billion by 2016 and mobile gaming to triple to $17.5 billion,” Stoner said.

Other Interactive Media Fund projects that the NSW Government is supporting include:

Dog Money World: An advanced mobile games platform encompassing augmented reality, social components and real-time location gaming. A narrative can be wrapped around the technology for an integrated audience-experience linked to any film or television show. Players become part of the story, undertaking virtual missions in real locations and competing against friends and other users to become the top-ranked player. While developed with crime fiction in mind, the white label platform can support any story theme from vampires and werewolves to fairies and elves.

Flashcards for iPad by INKIDS: An expansion to the Flashcards educational software title designed for children 2–10 years old to help them learn the alphabet, new words and new languages. INKIDS will build on their concept to create cross-platform titles with the goal to make Flashcards the best children’s learning application in the portable device educational software category across many languages and countries.

CADMAP (working title) by Ambulance Research Institute: A serious game to assist paramedics in their clinical decision-making skills by simulating emergencies from the safety of their mobile phones.

Expansion of Nnooo: An expansion to the indie game developer’s staff will see the employment of two junior programmers, allowing the company to grow more quickly through rapid development of its software. The new programmers will develop Nnooo’s new game escapeVektor for the Nintendo 3DS and PC/Mac or Playstation Vita.

Tag Town by MOD Productions: A location-based game that is played cross-platform using mobile apps and desktop web browsers. At its core is a social mobile experience where players identify locations from photographic clues as they move around in the real world.

Habitat: the Game by Australian Documentaries: Habitat is an online and mobile game for 8–12 year olds, supported by an animation series, which encourages players to reduce their environmental footprint and help their very own online wild animal survive and flourish.

opinion/analysis
I continue to be impressed by the NSW Government’s commitment to making Sydney the home of independent technology development, especially in the fast-growing and highly dynamic video gaming sector. Since the Coalition won government in the state earlier this year, it has really made this area a priority, reversing a lengthy period of inaction in the area from Labor. Kudos to NSW for this effort; keep it up!