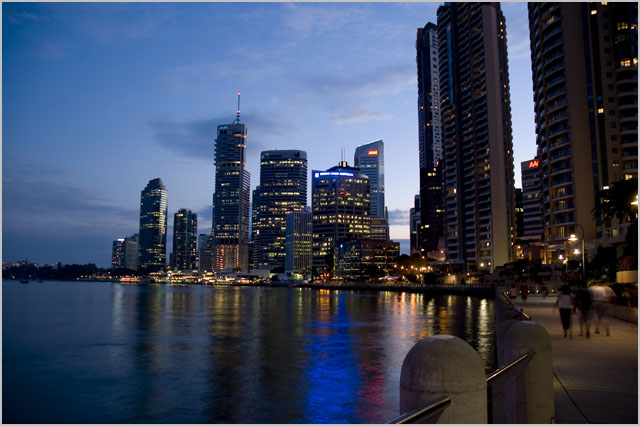 news The Queensland State Government has appointed a new whole of government chief information officer, with industry insiders naming former state CIO Peter Grant as the most likely candidate to have returned to the role.

The state has been looking for a new whole of government chief information officer since at least late July, when Premier Anna Bligh publicly flagged plans to hire a new executive for what is slated to be a drastically expanded role with powers to resolve the state government’s legion of technology headaches.

The State’s ICT Minister Simon Finn and Natalie MacDonald, the director-general of its Department of Public Works, were scheduled to meet with all staff in the state’s office of the Queensland Government CIO this afternoon to inform them of the appointment and confirm that the office would shift from the Public Works portfolio to sit within the Department of Premier and Cabinet.

The meeting was confirmed by multiple sources, but the identity of the new whole of government CIO is not as concrete, with one source noting they believed Grant had been appointed to the role. The State has not yet commented publicly on the appointment.

If Grant does take the role back, his appointment will come as somewhat of a surprise to the technology industry in the state. Grant previously held the role from 2005 through 2008, after a lengthy career in the technology industry that had included a short stint as the CIO of Queensland Health, three years as a consultant and other periods as a vice president with analyst firm Gartner and time as the Director of IT at Queensland Transport.

However, he exited the role unexpectedly in December 2007, accepting a role as the state director for software giant Microsoft. That role lasted little over a year; following that Grant has worked as a consultant for analyst firm Intelligent Business Research Services, as well as holding posts as a professor of Information Systems at the University of Queensland and the Queensland University of Technology. Grant’s list of projects worked on at IBRS is extensive and comprehensively detailed on his lengthy LinkedIn profile.

The problems culminated in a landmark announcement by Premier Anna Bligh in July that the state would appoint a new CIO role to report directly to Minister Finn. The new role will also be the first CIO role in Australia to sit at a CEO level in the government hierarchy, effectively making them the equal of the heads of major government departments.

The new CIO would be responsible for a number of areas of government activity, Bligh said, ranging from ICT program and project management, planning, and the implementation of the state’s overarching ‘Towards Q2′ technology strategy. Also under the CIO’s remit would be enterprise IT architecture, liaising with the industry and even keeping an eye on the state’s troubled shared services policy.

opinion/analysis
If Grant is appointed to be Queensland’s new whole of government CIO, I personally feel very strongly that he will be the wrong choice for the job.

On paper, Grant will be perfect for the role. There probably is nobody with as much experience in Queensland Government IT as the executive, and he also has national experience, academic experience, vendor experience … the list rolls on. He’s a class act and one of Australia’s top CIOs by any measure.

However, it bears a great deal of consideration that many of the IT disasters which have occurred within the Queensland State Government had their seeds sewn under Grant’s previous watch the last time he was State Government CIO. New powers or no, I feel strongly that Grant will not have the energy, grit and ‘push’ to shove through the sorts of reforms which Queensland so strongly needs right now. He will bring too much baggage from the past; and I also feel his Gartner and academic experience will perhaps not serve him well in what will necessarily be an intensely hands-on, departmental in-fighting warrior kind of role.

For this kind of job you need a demon vigilante who never rests. A consultancy style will not serve anyone in this job; you will need to knock heads together, break down doors and broadly take no prisoners of any kind.

Beyond this issue, of course, there is the fact that it is unlikely that anybody could be truly successful in this role.

As we’ve seen in Queensland, Victoria and NSW over the past half-decade, it has been conclusively shown that whole of government “super-CIOs” do not have the ability to enact the levels of change that they have been appointed to enact in Australian governments, as they are constantly mired by the lack of authority to gainsay departmental heads and strangled by systemic cultures of poor governance and a lack of accountability.

Even if Queensland’s new CIO does have equal status with the heads of the departments of education, transport, health and whatever else, that does not mean that they will be able to gainsay those executives; and still less will they be able to control what happens in the multiple layers of bureaucracy under them.

I’m sorry to be cynical, but I’ve been following Queensland’s rolling series of IT disasters for half a decade now. I personally (with fellow Fairfax Business Media writer Agnes King) broke the news that Grant was quitting to join Microsoft, four years ago. Not much has changed in the Queensland State Government in the meantime when it comes to technology … apart from the fact that, thanks to a damning series of audit reports, we now know just how bad things are. They’re probably as bad as they are in Victoria.