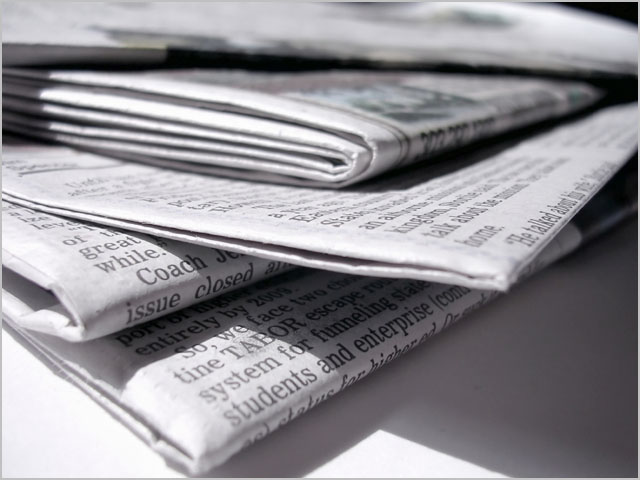 blog This morning we had a fair old go at the Herald Sun for attacking Greens Senator Scott Ludlam for his extensive government-funded reading habits. But what about the other side of the coin? What do other parlimentarians active in ICT-related portfolios claim as reading expenses?

Senator Ludlam helpfully directed us to this page, which contains a comprehensive register of what each parliamentarian spent on entitlements for their work in the six months to the end of 2010, as collated by the Department of Finance and Deregulation. What these documents disclosed about our nation’s techno-politicians was probably not that surprising.

According to the register, in that period, Communications Minister Stephen Conroy barely claimed anything at all. The Labor Senator — whose disclosures have previously shown us that he goes to the football a lot with corporate sponsors — claimed just a few newspaper subscriptions in the period.

And they’re mainly the big ones — News Ltd’s The Herald Sun and The Australian, as well as Fairfax’s The Age. Conroy also didn’t claim the publications for the whole six months — just a few weeks or months at a time. Innovation Minister Kim Carr had a similar reading list to Conroy — but with a few subscriptions to the Financial Review sprinkled in.

What wasn’t mentioned in the Herald Sun article was that Ludlam’s register also contained not just books, but a wide variety of newspaper and even scholarly publications. The list was long from the Kalgoorlie Miner to the West Australian, The Monthly, Quarterly Essay, The Australian, WA Business News, Griffith Review, The Big Issue and even New Internationalist and a volume of Urban Policy and Research, Ludlam’s reading list was the longest and most varied we examined.

The only parliamentarian broadly in the technology portfolio who had a reading list as long as Ludlam was Kate Lundy, although the Labor Senator only listed newspapers. All the big ones — The Australian, The Sydney Morning Herald, the Australian Financial Review, the Sunday Telegraph and even the Canberra Times — were listed religiously, as well as the weekend editions.

Does this register tell us much about the politicians concerned? Yes and no. For starters, it is a certainty that much of what they all bought and read in the period would not have been claimed. Turnbull, for example, is known to read very widely, including scholarly publications. But — unlike the other parliamentarians — he is personally wealthy and unlikely to bother claiming most of his purchases through Parliament.

However, some conclusions can be drawn.

Firstly, Ludlam is a regular reader with interests ranging across the whole spectrum of human endeavour, but with a particular focus on his policy areas, as well as those of the Greens in general, and his electorate of Western Australia. He takes his role as a shaper of public policy seriously.

Lundy keeps up to date with current events. But — although she is not independently wealthy — she does not claim anything beyond newspaper subscriptions, indicating either that she feels it inappropriate to do so or simply does not read off-line products in enough volume. We wouldn’t be surprised to hear that the tech-savvy Senator does most of her reading on an iPad or through a laptop screen.

We already knew Conroy isn’t an intellectual. His reading list — which notably does not include the Financial Review, perhaps Australia’s most intellectual newspaper and the publication of choice for many with his background in economics — is broadly limited to the sorts of newspapers he loves to deride in parliament. One wonders why he doesn’t simply cancel his subscriptions.

Carr’s reading list is similar to his personality and parliamentary history: Standard and non-exceptional. And as for Turnbull, his reading interests reflect both the populist basis of his support as a politician (see: The Daily Telegraph) as well as his interest in more intellectual debates (the AFR, for example).

Find any other gems in the Parliamentary entitlements register? List them below.