Perth-based venture capital firm Yuuwa Capital has injected $1.5 million worth of investment into data capture and management player Agworld, which focuses specifically on the agricultural industry.

The company has built a cloud-based hub where farmers and suppliers as well as agricultural consultants and contractors can simply and quickly upload data from the field using a digital pen — avoiding the need for tedious transcribing when they get back to the office.

“We were particularly impressed by the management team at Agworld, with an excellent mix of industry experience and technical capability,” said Yuuwa in a blog post by one of its co-founders, Matthew Macfarlane, who is well known in Australia’s startup community for his work with Vibe Capital and the Minti parenting site. 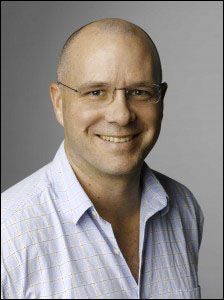 “Early adoption of the product was very promising and discussions with a range of Agworld customers indicated substantial potential for expansion and growth,” he added.

Macfarlane flagged the potential for the Agworld technology to be used outside of the agriculture vertical. “Yuuwa is looking forward to supporting a range of growth areas for the business,” he said.

Agworld chief executive Doug Fitch said in a separate press release that the investment had secured his company’s investment plans and capital requirements for growth over the next few years. “We will continue to focus on serving our agricultural customers with solutions that make it easier for them to do their jobs,” he said.

Yuuwa is a $40 million early stage VC firm based in Perth and supported by local investors as well as the Federal Government’s Innovation Investment Fund program.

Others involved in Yuuwa include Liddy McCall, an investor and lawyer who has also worked as an associate director for Macquarie Bank’s corporate advisory group and James Williams, who has taken two medical devices to market in chief executive officer roles. Both have been involved in the biotechnology sector.

The name Yuuwa means ‘Sky’ in Ayapathu — a language of the indigenous people of a section of the Cape York Peninsula. The company’s first investment was $1.2 million in another Perth company, iCetana, which is attempting to commercialise a video technology which recognises unusual behaviour from moving video footage — for example, someone falling down stairs at a train station.

Agworld is led by experienced agriculture industry stalwart Doug Fitch (who spent most of his career at Bayer CropScience), as well as Matthew Powell, who has worked for companies like Nokia and SAS in senior technical roles. According to Fitch’s LinkedIn profile, the company appears to have been around for about three and a half years.