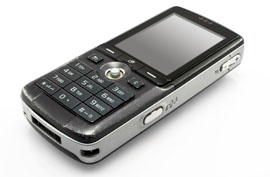 TPG yesterday introduced a new range of ‘Super Value’ contract-free mobile plans, which it says are “offer the best value anywhere in Australia”.

The ‘Super Value’ month-by-month packages replace TPG’s former SIM Only No Contract mobile plans, and all come bundled with an included data allowance.

“TPG is laser focused on delivering value to our end consumers, these plans are built with 100% consumer value and savings in mind,” TPG’s General Manager of Sales & Marketing, Craig Levy said in a statement.

“We believe this product will change the mobile landscape in Australia. We are not aware of any other provider giving unlimited mobile to fixed line calls of some type at this price point in the consumer space,” he continued.

Other highlights of the new packages include an increase in the amount of data, with TPG now offering up to 5GB on the $45 per month plan, as well as a number of boosts to the ‘Any Network’ value in the company’s Starter, Medium and Heavy plans of $55, $220 and $400 respectively.

The included value spreads across voice calls, SMS and MMS both in Australia and to International numbers, with data tethering also included.

“Dollar for dollar, we believe these plans offer the best value anywhere in Australia,” Levy said.

TPG doesn’t have its own mobile network, rather it uses Optus’ Open Network to provide customers with cellular connectivity. While Optus maintains the infrastructure, TPG is responsible for all end-user interactions, including billing, support and usage terms and conditions.

“This means that the end customers never deal with Optus but obtain all the costs efficiency and benefits from TPG,” a spokesperson for TPG said.

The new deals are now available to both existing and new TPG customer online or over the phone.