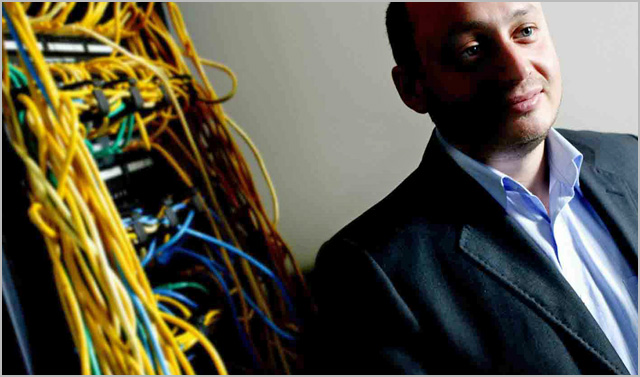 news National broadband provider Dodo today revealed Telstra had spoken to it about selling services over its flagship Next G mobile network, in the latest sign that the nation’s largest telco is thinking about opening up its prize asset for competitive use.

Up until recently (and unlike Optus), Telstra is not known to have expressed any interest in providing wholesale access to its mobile network, as both Trujillo and current CEO David Thodey have seen the network as providing Telstra with a competitive advantage over rivals in the largely unregulated mobile telecommunications market. However, iTNews recently reported that Telstra had started discussions with other carriers to allow wholesale access to the network.

In an interview this morning, Dodo chief executive Larry Kestelman (pictured) said his company was one provider on Telstra’s list. “They have spoken to us,” he said.

The executive noted that it was his understanding that Telstra was thinking of opening the network in the first quarter of 2012, although no firm dates had yet been laid down. He stressed that Dodo currently had an exclusive partnership to sell mobile services over the network of SingTel subsidiary Optus, and was “quite loyal” to the company, but that wasn’t to say that it wouldn’t be open to discussions with Telstra at some point.

The news comes as it remains unclear just what Telstra’s strategy might be with respect to providing access to Next G.

Major ISPs such as iiNet and Internode have expressed an interest in selling services over Next G. However, there is no indication that Telstra has approached either with respect to a possible reseller arrangement as yet, despite Internode managing director Simon Hackett noting last week that his company had repeatedly asked Telstra about wholesale access to Next G.

Sources cited by iTNews have speculated Telstra might be looking to provide wholesale access to its existing HSPA network, but not the growing portion of its network which can access higher speeds and more capacity using the Long-Term Evolution standard which it is currently implementing.

For its own part, Telstra has only stated that it would consider wholesaling Next G if it was “commercially viable” to do so.

Any move to open up the network would be likely to have a dramatic effect on Australia’s mobile market. Currently, most third-parties who resell access to a local mobile network do so on top of Optus’ infrastructure, which it has re-badged ‘The Open Network’. Vodafone is currently refreshing its mobile infrastructure after a series of coverage and speed problems and outages late last year and early this year.

opinion/analysis
Well, the cat is definitely out of the bag. Telstra is looking to wholesale Next G … but perhaps not to everyone. iiNet and Internode haven’t precisely been bosom buddies with Telstra over the years, and with the mobile space being largely unregulated and competitive wholesalers like Optus around, there is no obligation for Telstra to open the Next G kimono to every gentleman caller which comes its way — perhaps just a small cadre of cut-rate players which don’t really compete with its own value-added premium offering.

It will be fascinating to see how this situation plays out over the next year. And stay tuned for our wider interview with Kestelman in the days ahead.