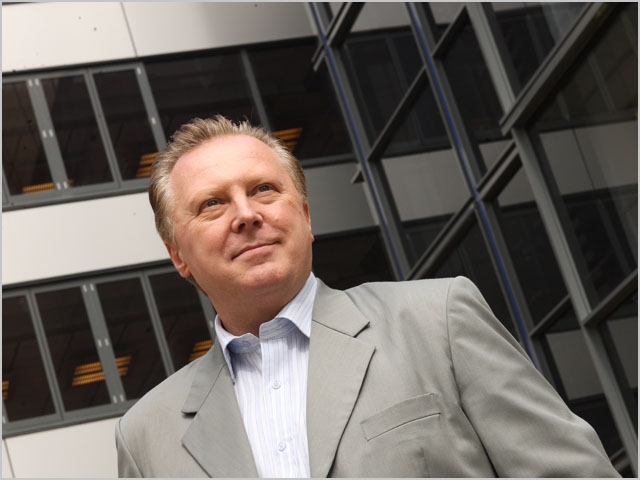 In this letter to the editor, CSC Australia and Asia chief technology & innovation officer Bob Hayward responds to our critical comments about the company’s recently launched BizCloud offering. Hayward is also a former director of IT advisory at KPMG and a former senior vice president and Gartner Fellow.

Glad to see you noted the CSC announcement of BizCloud in your blog this week, but obviously keen to address some of the opinions and analysis you shared in your article.

I am in agreement with you about some aspects of cloud computing. I personally don’t like the word ‘Cloud’ to describe these new ‘as-a-service’ styles of delivering IT based solutions we are now seeing in the market. It is not a word that inspires confidence, and actually has negative connotations, especially in Asia. However, the horse has well and truly bolted, so rather than try to swim against the tide, I guess we are now stuck with Cloud as the word to use, although I think the word ‘Utility’ is more descriptive and appropriate.

I also feel that using the term ‘Private Cloud’ to describe a service like BizCloud is not particularly helpful, even if it is a true statement. The reason I say that is because as soon as CSC uses the word ‘Cloud’ around our private cloud solutions, conversations with our clients immediately take on a different nature. Potential customers of BizCloud tag this serviced with all the issues that surround public clouds, asking questions about data sovereignty, privacy, security, compliance and other issues that are not relevant at all when talking about an on-premise (behind firewall) private cloud. They want to bring in lawyers to the discussion and use different procurement guidelines or contracts that have been recently especially designed for Cloud Computing – all of which is totally uncalled for.

I’d like to respond to your analysis with three points. The first is around cloud definitions, the second is about the need for Private Cloud at all, and the third are a series of statements about your analysis of BizCloud.

Let’s start with the whole concept of Private Cloud, where you seem to have the view that the only Clouds worth the name are public ones (something I see a lot in the industry). Back in March 2010, CSC announced that we would adopt the US Government definition of Cloud Computing as detailed in materials published by the US National Institute of Science & Technology (NIST) in late 2009. We thought that using these standard definitions would be better than having our own taxonomy or using the (many different) definitions of cloud computing then being put forward by other providers, analyst firms or journalists.

The NIST clearly defines five characteristics, three service types and four deployment models for cloud. One of those deployment types is Private Cloud.

The CSC BizCloud offering conforms to the NIST definitions for cloud computing.

BizCloud supports self-provisioning, is charged for on a metered consumption basis, enables multi-tenants (where the tenants in this context are different lines of business or workloads within a larger enterprise, that previously did not share IT resources), is elastic (clients can flex up and down their use of BizCloud from physical resources that are all ready and only pay for what they consumer on an hourly measure) and is accessible through standard IP network protocols and browser interfaces. Those are the five characteristics as defined by NIST.

BizCloud offers Infrastructure-as-a-Service and can be used to host both Platform-as-a-Service and Software-as-a-Service for use by both internal and external clients of enterprise IT – all three service types as defined by NIST. So BizCloud ticks all the NIST boxes, and therefore is by standard definition a Private Cloud, offered as a service.

My second point is to discuss the need for Private Clouds.

CSC does see a clear demand for Private Cloud in medium to large scale organisations in Australia. You suggest in your commentary that somehow this is a failure of Enterprise IT, which has been under attack for decades as being too conservative or risk averse. But few commentators around the so called failings of enterprise IT have ever walked in the shoes of the IT staff working in most Australian enterprises. There are MANY sound reasons why medium to large scale organisations would prefer to use private clouds rather than public clouds in Australia today for many parts of their portfolio of IT systems and solutions:

CSC does see value in Public Clouds. We have our own right here in Australia (CloudCompute), and we support many clients adoption of others. But we also see the real value that private clouds deliver. We have been listening and working with our customers to develop a cloud based offering that meets their requirements while addressing many of their concerns.

Now for my third point, some thoughts about BizCloud in response to your analysis of BizCloud specifically.

Regarding elasticity. CSC over-provisions the installation of BizCloud within the client environment using a new commercial model with our hardware and software partners, in a way that the customer does not have to pay for resources already installed and ready until they are consumed, and when the client starts to reach 70% or more utilisation of the BizCloud on a regular basis, we upgrade to a larger fabric. The client can flex up and down within the band of 30%-100% on a true pay by the hour basis. And we size the initial setup of the BizCloud to suit multi-year forecasted demand, which is much easier to do for a single enterprise than it is for a consumer-oriented public cloud.

You made a point that CSC’s BizCloud will be constrained by the customers own datacentre capacity. This is true (to a point, since clients can always burst workload into CSC’s public cloud CloudCompute in Australia). But how is this significantly different from most public clouds? In CSC’s BizCloud offering we propose a 10 week onboarding program which includes an environment and workload assessment to determine the necessary capacity in power and cooling needed to support the application workload targeted for the service. You also used the example of a company using public cloud in Australia, but their cloud provider’s datacentre limitations are no different than many potential users of BizCloud in Australia.

Many Private Clouds around the world today are much larger and housed in bigger datacentres than many public clouds. And here it gets a little confusing, but many private clouds will actually be housed in the same datacentres as some public clouds (!). A specialised datacentre operator, such as GlobalSwitch in Australia, will have multiple private and public clouds housed within the one facility. In any case as stated before, we are dealing with more predictable forecast demand when servicing the needs of one enterprise, so the issue of datacentre constraint can be planned for more effectively and the risk reduced.

Another point you made is that once the BizCloud service is installed at a client facility, customers will ask for all sorts of non-standard customisations and different payment models and CSC will likely comply. CSC offers BizCloud as a standard service with a published rate card. The standard service supports several different configurations of software (such as choice of OS, middleware, applications) and four different service levels (from Bronze through to Platinum). CSC believes BizCloud will support the majority of X86 style workloads. CSC will not change the type of payment model (which is based on the use of vRAM) in the BizCloud offering.

The whole purpose behind having a standard offering is to exploit the match with our own public cloud CloudCompute and other BizClouds for consistent service, common tools for service management, collaboration for disaster recovery, backup, reduced costs through scale, and so forth. There are also issues around being a certified vCloud Director service, where CSC offers full support for VM portability and standards across all other vCloud Director service compatible cloud offerings, whether private or public and whether from CSC or from other service providers.

Having said all of that, CSC is one of the world’s largest IT Systems Integrators, and of course if a client wants our help in building a custom private cloud with different options in hardware, software or configuration, we will consider that opportunity. But that is not BizCloud.

Renai, you also claimed that the “only” differences between BizCloud and a normal, contemporary managed service is pay-as-you-use and the use of standardised infrastructure. The change to pay-as-you-use in an elastic (up & down) consumption model within a client’s own premises is not at all trivial, we feel it is extremely significant and not at all easy to achieve. It has taken over a year of negotiation with our chosen partners to arrive at a shared risk commercial model to support BizCloud.

And there are many other differences between BizCloud and a contemporary managed service for compute or storage. Not many contemporary managed server/storage offerings support the service catalogue, service orchestration, billing, multi-tenant (in the sense of multiple LoB on one platform), self-provisioning, automated workflow, integration into clients ITIL-based service management and security features found as standard in BizCloud.

Apologies for such as long response, but this is such an interesting area for debate!