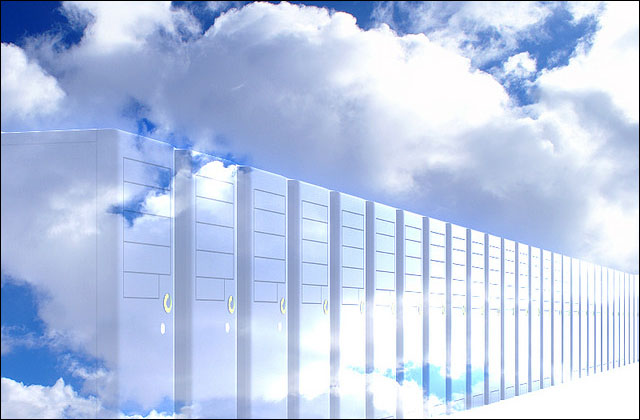 Multinational IT services giant CSC this week launched in Australia a service which it described as private cloud computing infrastructure which could be hosted in customers’ own datacentres, giving them an additional option for migrating to the burgeoning range of infrastructure as a service platforms.

Private cloud refers to a form of cloud computing infrastructure which is typically segregated from the infrastructure used by other users. It consists of highly virtualised storage and processing bundles and is typically hosted by large organisations in their own infrastructure, or outsourced and managed by an external provider. For example, top-tier bank Westpac is known to operate its own internal private cloud solution, which it uses to provide services to different divisions within its larger overall operation.

The service launched by CSC in Australia this week differs in that it focuses on a standard set of infrastructure based on the vCloud offering from the VMware, Cisco and EMC (VCE) alliance, but with the infrastructure actually hosted on a customer’s own infrastructure.

“By offering this service, CSC has taken the work out of implementing a private cloud and overcomes the objections that security-conscious organisations usually raise around cloud adoption,” CSC said in a statement, noting that its service had been branded ‘BizCloud’.

“Australian organisations have been uncertain about the move from traditional IT to the cloud. In an Australian first, customers can now take a safe first step to a preconfigured, integrated and tested private cloud on their own premises in just ten weeks,” said CSC Australia chief technology & innovation officer Bob Hayward.

The service appears to allow customers to migrate their workloads onto the on-premises private cloud model as a first step, before ultimately examining the case to shift work onto private cloud infrastructure located in CSC’s own facilities, or even perhaps ultimately onto a public cloud. CSC is offering a number of different tiers of service for the solution, with prices scaling for bulk usage and an open rate card.

Queensland Rail, for example, this month avoided the cloud completely as it flagged plans to outsource its significant server, storage and network fleet, with the organisation preferring to own and use its own infrastructure as a managed service.

opinion/analysis
“On-premise private cloud”, my ass. CSC might as well just call this a managed service and be done with it. Frankly, describing this as cloud computing infrastructure is really quite a misnomer. Not only is the service hosted on customers’ premises, but there would appear to be little real opportunity for dynamic expansion of the services used, as in the classic cloud computing paradigm.

Any expansion will necessarily be limited by what ability the customer’s own datacentre has to expand in terms of power usage, cooling, rack space and so on. Just like any other managed service.

The only real difference between CSC’s “on-premise private cloud” and a normal managed service is the pay per use model, plus the use of a standardised infrastructure. But when the boxes actually go into a customer’s premises and the services start to be used, I’d bet anything that the customer will start to request non-standardised services and different payment models if they feel like it — and then CSC will buckle, follow the money, and the case for calling this “cloud” will be even further weakened.

Australia has seen a few high-profile cases over the past year where the infrastructure as a service model has worked really well. I’m thinking of organisations like equipment manufacturer Komatsu and some universities which have fundamentally changed the way they consume server and storage resources by shifting their workloads into external providers’ clouds wholesale.

But in general, most large Australian organisations — especially in the dominant government and financial services sectors, which consume IT resources heavily — haven’t yet bitten the cloud bullet hard, and I’m starting to suspect they won’t, for quite some time. Or, if they do, they’ll build their own.

This new service being offered by CSC smacks of a slight desperation — a shift to come a little too close to the customer, in an attempt to offer them an easy on-ramp to the cloud journey. Is this the first sign of a pushback by Australian organisations on the much-hyped cloud computing model? Only time will tell.