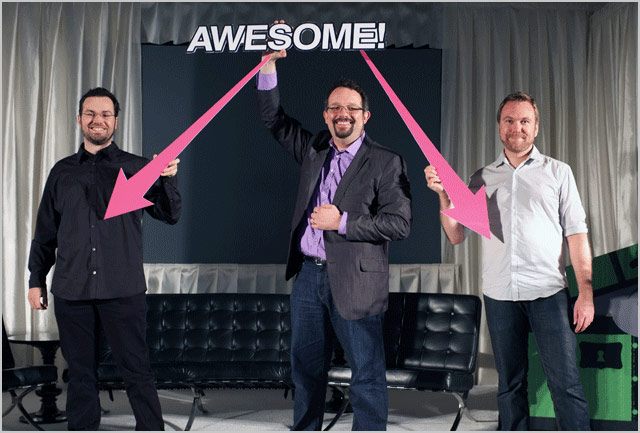 news Information collation service Evernote has acquired Australian startup Skitch, which publishes a popular Mac OS X image editing application and associated web service, for an amount which has not been disclosed.

Skitch — developed in Melbourne by a small team led by its chief executive officer Cris Pearson — has been one of the few imaging editing applications to gain any scale in a marketplace dominated by Adobe’s Creative Suite (including Photoshop) megalith. Skitch focuses on providing a much more limited set of features than Photoshop — but more aimed at the casual user who wants to do attractive image editing. The application and its associated web service is much-loved by the Apple user community in general.

In a blog post published yesterday, Pearson wrote that his company was “super proud” of the buyout. All of the existing Skitch.com services would continue for users, he noted, and “the Skitch name and soul will continue and grow bigger and bigger.

“The development of Skitch will now be able to broaden and flourish like never before,” he added, “with Evernote know-how and resources allowing Skitch to finally reach all those computers, tablets and phones out there. In short that means better experiences, and new stuff for you!”

In a post on its own blog, Evernote noted that it was drawn to Skitch for one reason: “We love and use their product with Evernote”. Evernote is a popular service which allows users to capture and tag all different types of content and store it in one centralised repository.

“For years, one of our most requested feature areas has been related to improved handling of images and annotation capabilities. Our users take and share millions of photos and screenshots already, but the experience isn’t as good as it could be. We debated about whether to add the improved functionality into Evernote or build a separate app to handle it. Finally, we decided to do both. Thanks to Skitch, we will,” the US-based company wrote.

“As Skitch users will attest, this is one of the most innovative, easy-to-use applications available on Mac. We’re going to keep it that way. We are committed, not only to making the Skitch Mac app more awesome, but also to bringing Skitch to every desktop and mobile platform under the sun. In addition, in the coming months, you’ll see tighter integration between Evernote and Skitch to let you easily draw, ink, grab screenshots, annotate and share your favorite memories.”

“Chief Skitchers, Cris Pearson and Keith Lang are moving from Australia and joining Evernote to lead a significantly expanded Skitch team focused on supercharging the product.”

The news comes just a month after Evernote revealed that it had secured a $50 million funding round led by US-based venture capital firm Sequoia Capital which would allow it to expand its operations (it currently has some 11 million users), as well as acquiring other companies.

“The fast pace of our organic growth, adding more than a million users in just the past month, shows that people really want to manage and simplify their lives,” said Phil Libin, CEO of Evernote. “And even though we’ve built a profitable and successful business in the past three years, we still have a long way to go to achieve our goal of becoming everyone’s second brain. Having this new investment, and Sequoia Capital as a full business partner, will allow us to improve and multiply our products in exciting ways.”

opinion/analysis
Regular readers of Delimiter will know that I always have mixed feelings when an innovative Australian company is bought out by a US giant, and the Skitch acquisition is no exception. Skitch is a great app which I use personally, and I’m really happy for the company’s founders in this acquisition.

Another liquidity event can only be good for Australia’s startup funding ecosystem as a whole, and I have no doubt that in a few years, once the dust has settled on the Skitch buyout, several members of the team will return to Australia and continue to work on new projects locally, as well as helping others with innovative ideas.

However, the history of Australian technology startups being bought out by US companies has shown the path to be fraught with danger. In the long term, it seems doubtful the Skitch brand name will continue to exist, as its featureset is integrated more tightly with Evernote. Will we eventually see Skitch become “Evernote Images” or something similar? History would suggest it is likely.

As an alternative to a buyout, I would have preferred to see the Skitch team take their commercial success on the application and leverage it to attract additional funding, to continue to build a stronger application development house on Australian shores. The sky’s the limit right now in terms of developing apps for the Mac OS X and iOS platforms, and I would have loved to see Skitch take their experiences with their flagship application (including the associated web service) into other verticals.

There is, after all, no shortage of funding splashing around right now for hot Australian technology companies — and with its globally known brand, Skitch was certainly that.

In short, when you see an Australian startup bought out by a US company, the experience is always bittersweet. You can’t help but applaud their success — but also think about what might have been.