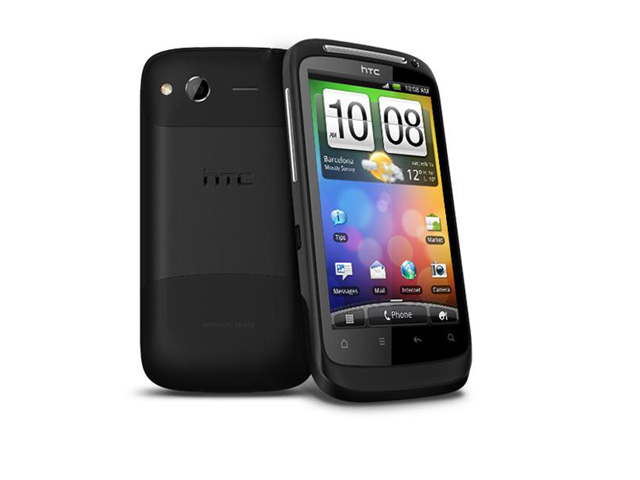 The nation’s largest telco Telstra last night confirmed launch pricing and availability for the mobile phone which many see as the successor to last year’s popular HTC Desire.

Like the original Desire, the Desire S (pictured) will launch exclusively through Telstra. It will be available from 31 May, and will sell with the telco’s new Freedom Connect plans, including an option to buy the phone on a $59 monthly plan, with an additional $5 per month charge over 24 months towards the cost of the handset. The $59 plan comes with 1.5GB of data quota included.

The phone is also available on a range of business plans or for purchase outright for the recommended retail price of $648.

The Desire S is the first smartphone to sell through Telstra with the new version 2.3 (Gingerbread) of Google’s Android operating system installed — although a number of other devices can also be updated to the new version. It features a 1GHz processor, a five megapixel camera and the ability to support recording of 720p high definition video.

In a statement released this morning, Telstra’s director of mobile products Andrew Volard said the original HTC Desire was “a huge hit” with customers had helped to usher in Australia’s interest in phones running the Android platform. “So it’s only fitting we’ve teamed up with HTC to launch the HTC Desire S – our first smartphone to run the latest Android 2.3 Gingerbread operating system,” the executive added.

“Our customers will love the way the HTC Desire S brings the web and apps alive in a design that stays true to the original Desire’s winning combination of performance and personalisation.”

A number of other manufacturers — such as Sony Ericsson, Samsung, LG and Motorola — are also launching new high-end Android phones this year, after previously having models in Australia last year.

Telstra also confirmed that it would exclusively launch the new ‘S’ version of HTC’s Wildfire line, the previous version of which is already available locally. The device features a smaller touchscreen than the Desire S, at 3.2″ and with a resolution of 320×480 pixels, as well as a less powerful processor at 600MHz. However, the phone also features a 5 megapixel camera, and it’s lighter at 105g than the Desire S. The Wildfire S will hit Telstra’s network from July 19 on a range of Telstra plans, or outright for $360.

“We’re equally pleased to bring the affordable and compact Wildfire S to our customers,” said Telstra’s Volard. “It’s tailored especially for our younger customers with strong social networking features and lots of entertainment options including Mobile FOXTEL from Telstra.”

HTC hasn’t maintained an exclusive relationship solely with Telstra, however, when it comes to the provision of its smartphones. The Taiwanese manufacturer has also placed several high-end Android handsets with rival carriers — for example, Optus has exclusively launched the HTC Incredible S, while Vodafone has access to the company’s Desire HD handset.