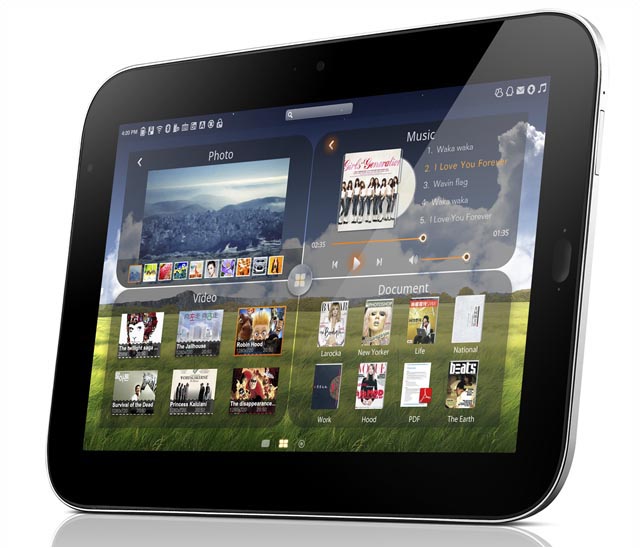 Lenovo will sell two local tablet ranges in the Australian market. The first, the IdeaPad Tablet K1, is aimed at consumers, while the second will target the company’s more traditional business market and will be known as the ThinkPad Tablet. Engadget has published a hands-on demonstration article and video featuring the IdeaPad here.

The two tablets will ship locally at slightly different times, with the consumer-focused IdeaPad tablets available for order from the first week of August through “select business partners and retail stores nationwide”, while the business-focused ThinkPad tablets will sell through business partners and can be ordered from 16 August. Both ranges will also be available through Lenovo’s Australian web site and will ship to customers in September.

The Lenovo tablets feature relatively similar specifications to other Android-based tablets on the market already in Australia — with a weight of around 730 grams, front and rear cameras, 10.1″ touchscreens at a resolution of 1280×800 pixels and NVIDIA Tegra 2 dual-core processors.

The ThinkPad version comes with a number of options aimed squarely at business users — such as a digitiser pen to take notes directly to the screen with, and preloaded applications such as the Documents to Go app. 3G speeds will range up to 21MBps, and the Good family of email integration software is available for the tablets, as well as other software such as Citrix’s Receiver platform for application and desktop virtualisation, and zero-touch enterprise deployment through LanDesk.

Lenovo is providing an imaging service which it said in a statement today would save IT departments from having to install custom images for every machine.

The timing of the launch will make Lenovo — alongside HP, with its TouchPad tablet — one of the last major manufacturers to launch a tablet in Australia, with Apple’s iPad having dominated the local market since launch in mid-2010, and rivals such as Motorola, Samsung, Acer and others having launched primarily Android-based devices locally. In addition, Research in Motion has already launched its BlackBerry PlayBook device in Australia over the past month.