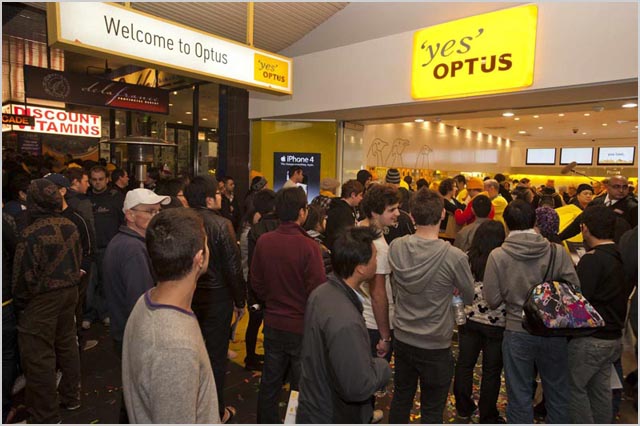 opinion Optus’ $800 million National Broadband Network deal is an unnecessary and unsavoury sweetheart arrangement which smacks of favouritism and will deliver Optus a war chest with which to attack smaller rivals like iiNet, TPG and Internode; rivals which will not be paid to migrate their customers onto the NBN.

In February this year, Optus regulatory chief Maha Krisnapillai left journalists in no doubt as to how the SingTel subsidiary felt about Telstra’s $11 billion deal with the National Broadband Network Company and the Federal Government remaining private and confidential.

“It is imperative that we have full transparency of the agreements to ensure that no compromises are made that will provide Telstra with an unfair market advantage,” he said at Optus’ regular financial results briefing session.

It’s a refrain that long-running Optus chief executive Paul O’Sullivan would repeat later in the month, during a high-profile appearance at the MediaConnect conference in Queensland. “Sure, Telstra shareholders should get to see and sign off on the deal, but so should all Australians,” the executive told his audience.

Other aspects of Telstra’s deal with the Government have also given its baby brother pause. Over the past six months and previously, O’Sullivan has expressed his fear that Telstra would take the Government’s billions and use them to engage in a war on its competitors that would result in the telco taking the bulk of the market share to be gained from the NBN turmoil through sheer force of dollars being spent to win it.

O’Sullivan has referred to this effect as ‘market distortion’, and highlighted Telstra’s significant marketing push in the mobile sector in the second half of 2010 as a small example of what could happen as the NBN is rolled out — but on a much grander scale, with many more billions for the telco to play with.

With these Optus complaints in mind, the deals the Federal Government and NBN Co announced last week must have seemed like a blessing to the telco. After all, most of Optus’ complaints were addressed. The telecommunications industry has been given a massive insight into Telstra’s NBN deal courtesy of a lengthy summary document. Optus, courtesy of its own deal to shift its HFC cable customers onto the NBN, gets its own $800 million war chest to deal with the predicted Telstra marketing blitz.

And of course, there’s Telstra’s pending structural separation agreement … a document and a process which is expected to wrap the telco up so tight in red tape for the next little while that it won’t be able to get its hands free to scratch its nose.

Yes, yes, there is a lot for Optus to be happy about at the moment. No doubt the company’s executives were toasting their success last week in their palatial North Ryde digs, drinking expensive imported Singapore slings at their on-campus bar and plotting Telstra’s future downfall.

The only problem with this is how monumentally unfair it all is to the nation’s other major telecommunications companies.

Why the hell, after all, should NBN Co pay Optus $800 million to migrate its customers off its HFC cable network and onto the NBN fibre infrastructure? I can guarantee you that as the NBN rolls out fibre throughout Australia over the next decade, almost all of Optus’ HFC cable customers would eventually terminate their HFC connection and switch to the NBN organically. Why? Because the technology is incredibly superior, to start with, but also because they will have dozens of rival companies offering them great deals to do so.

In short, why is NBN Co paying Optus almost a billion dollars for something it would eventually get for free anyway?

Secondly, it is also incredibly hypocritical for Optus on the one hand to demand that the details of Telstra’s deal with NBN Co be made public, but not make its own NBN deal public. Over the past year, I have personally asked O’Sullivan to disclose any details — anything at all — about what Optus has been discussing with NBN Co behind closed doors. Over that time, the executive, and his colleagues, have consistently refused to reveal any information about those discussions.

Last week, Optus dignified customers and stakeholders in its business with just one brief page of motherhood statements about Optus being “born in competition” to satisfy their curiousity about Optus’ $800 million NBN deal. Given the leagues of print that have been expended speculating about Telstra’s own arrangement … this approach from Optus is nothing more than a bad joke.

Last week, both Optus’ O’Sullivan and NBN Co chief executive Mike Quigley claimed the Optus deal was a significant step towards creating “a level playing field” for Australia’s broadband market, with Australian consumers to be the winners. “This agreement represents a fair deal for Optus. We intend to use the NBN to turbo-charge competition,” said O’Sullivan.

The truth is, that while its $800 million cash cow represents an excellent deal for Optus, it represents a rotten deal for the rest of the industry, especially rival companies like iiNet, Internode, TPG and others. As the NBN is rolled out, these rival ISPs will face not one, but two major and dominant Australian telcos who have received direct cash injections from the Government to help them win the war for NBN market share. Both have existing mobile networks that they can bundle NBN plans with, and now both will have the funds to engage in a devastating marketing war which will leave consumers’ ears and eyes ringing with slogans delivered by obnoxious penguins chugging down Coronas from yellow sports cars.

You can understand why Telstra needs to be paid to shut down its copper telecommunications network. It’s a massive item on a balance sheet which underpins the entire telecommunications industry, and the company needs to be compensated for it. In addition, NBN Co needs to get access to Telstra’s infrastructure to roll out its fibre network, and Telstra should be compensated for that. But these things don’t apply to Optus, who will have its minority infrastructure investment stranded just like every other telco (hello, DSLAM millions) as the NBN is rolled out.

Throughout the past decade, it has been companies like iiNet and Internode, with some help from others like TPG and Netspace, who have driven broadband competition in Australia forward, through painstakingly negotiating nightmarish arrangments with Telstra and gruellingly installing ADSL DSLAM infrastructure in telephone exchanges.

Were it not for these efforts, Telstra and Optus, bruised from their HFC cable war in the late 1990’s, would never have upgraded their networks with the ADSL2+ broadband the nation enjoys today.
And yet, there is simply no way that NBN Co will grant iiNet, Internode and TPG the same kind of sweetheart deals that first Telstra, and now Optus, have managed to wrangle. They will be left to negotiate commercial terms on a normal basis with everybody else.

There is no doubt that the smaller ISPs are aware of this fact. “Cool,” sarcastically wrote Internode MD Simon Hackett on Twitter last week, responding to NBN Co’s Optus deal announcement. “Can I have the same deal for the Agile fixed WiMax networks in SA please? That’d be only fair and reasonable.” And then: “Yes, we have already asked, you already said no”.

Yet, somewhat heroically, the smaller ISPs have already stepped up to the plate to shoulder Australia’s burden of broadband innovation again. Hackett has personally pledged to make his company the first to sign up customers in every location the NBN rolls out in, and iiNet’s not far behind. Meanwhile, Optus and Telstra were late to the NBN trials in Tasmania, and don’t appear to have made much progress signing up early NBN adopter customers on the mainland either.

Telecommunications analyst Kevin Morgan this week accused Communications Minister Stephen Conroy of looking after his “mates” at Optus, describing the SingTel subsidiary’s deal as “extraordinary largesse” and highlighting the fact that Optus has supported Conroy over the past few years while the NBN has gathered steam.

“Throughout the four years wrangling that supposedly saw Telstra structurally separated and locked into the NBN (neither has happened in reality) Optus has been Conroy’s most loyal ally and often his attack dog … Now it’s pay-off time,” wrote Morgan.

Personally, it makes me sick.

I don’t mind self-interest; it’s what capitalism is based on. But let it be naked; let it be honest. Let it be up-front and in the open air and not hidden behind altruistic rhetoric that demeans those who try and get us to believe it. We should suffer nothing less than but Optus hold itself to the same standards to which it holds others; instead of pulling ahead through signing back-room deals that its competitors won’t have access to and that will never see the light of day.