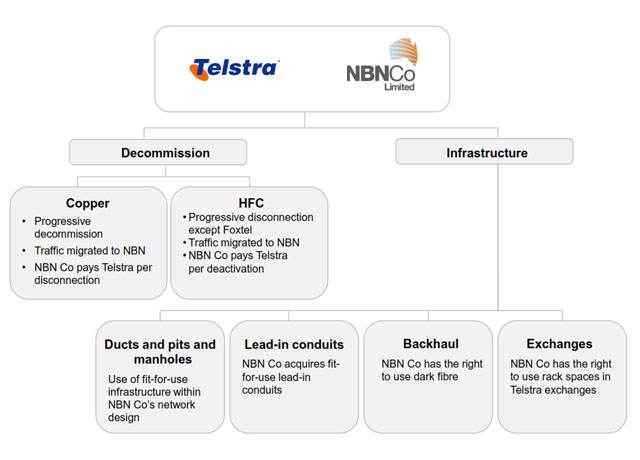 Confused about what Telstra’s $11 billion deal with NBN Co means? You’re not alone. It’s a complex agreement which took the best part of several years to develop. Happily, NBN Co has provided us with this handy infographic to clear it all up — click to get it enlarged. We hope it all makes sense now.