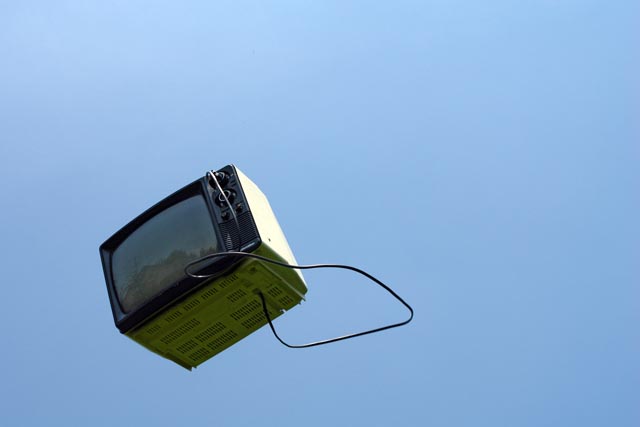 opinion Very salient post from Australian developer James Purser here, in which he discusses the way people write about technology. Purser points out that the media often reports on commonplace events (such as the recent viral video of a drunk guy in London falling down some steps) purely because they involve some element of technology — for example, they might have been posted on YouTube, Facebook or Twitter.

However, as Purser notes, sometimes it’s time to let things go and stop treating them as unusual just because they involve a certain type of technology:

“Seriously people, technology is no longer “whizz bang”. It’s now part of our lives to the point where the simple use of it should NOT be the guiding factor in a news story. Given that there are plenty of stories out there about innovative, new technologies, this sort of thing just makes the media look slow and out of touch.”

The phenomenon which Purser is talking about here is one which you quickly pick up on after writing on technology for a few years. Basically, as every new technology enters society, it goes through a process where it is evaluated and taken up by early adopter types such as Purser and yours truly, and then its application to society is discussed intensely. If the technology is sufficiently useful, it is praised and gradually sees mainstream adoption.

After a certain point, people then stop noticing it. How much do you think about the fact that your television is a flat-screen LCD instead of an old-style deep CRT screen taking up half a metre of real estate in your loungeroom? You don’t. Yet only a decade or so ago, if you saw a modern flatscreen TV, you would have thought it amazing. The technology has faded into the background. The same phenomenon has recently happened with respect to mobile broadband, online video streaming, social networking and so on.

They’ve become commonplace technologies like electricity. We don’t think about them any more — unless they stop working.

What Purser is complaining about, is the fact that some writers are continuing to write about old and accepted technology as if it was new. Never mind the fact that we’ve had YouTube for a decade now. It’s still worth debating. Never mind that even grandparents use Facebook these days; if something is posted on Facebook, then it’s news.

This tends to happen when there is a certain segment of society that denies the validity of a technology which most of the rest of society has already accepted. Think about how some people are afraid of violence, sexual references or portrayals of crime in computer games — in 2011! Or the way that some senior politicians think we don’t need high-speed broadband because they’re happy with their existing telephones. Or even the quaint notion that it’s possible to censor the Internet — a network which was inherently designed to route around censorship.

Now, there are two approaches that can be taken to tackle this kind of problem. The first one, and it’s one that I’ve seen Mark Serrels from Kotaku Australia and other video game journalists take on the issue of the need for a R18+ video games rating in Australia, is to exhaustively and fairly examine the issue, until it becomes obvious that the weight of evidence is on the side of progressive adoption of technology.

After such a consideration, arguments against the adoption of technology start to look silly.

The second approach, and I think often the better one, is simply to ignore those who are treating old technology as if it’s new or something to be afraid of. Just let the naysayers and hype-merchants do their job. Eventually people get tired of hearing that everything old is new again, and move on to new things. This process can be especially helped along if you start to focus on and write about those new things yourself; accelerating the process.

The one thing you absolutely do not want to do is to sit somewhere in the middle — this represents you debating these people on their own terms. Either you have to completely debunk a scandal about technology, or ignore it entirely. To do anything more moderate is simply to feed the trolls.