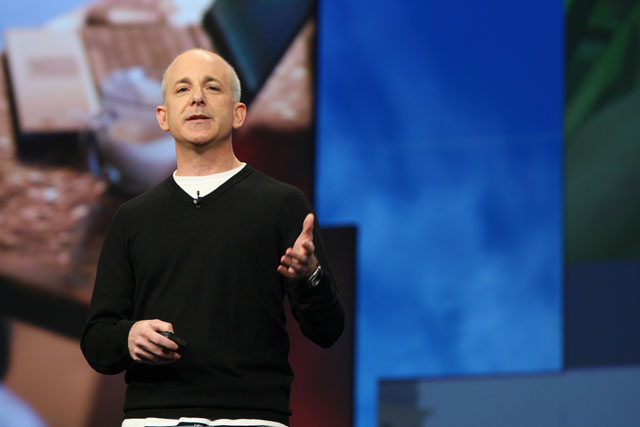 opinion When software behemoth Microsoft burped up its Windows Vista platform in late 2006, your writer spent quite a bit of time asking large Australian organisations whether they planned to deploy the new software on their corporate desktops.

The answer was a resounding “not on your nelly” … as IT managers around the nation did their best to hold their noses and back away from the malodorous operating system.

This reply came despite the fact that almost all of the companies, government agencies and other institutions queried were still running Windows XP — an operating system first released in 2001, which had since received a billion patches, updates and retro-fits to bring it into the modern age. The problem, as most reading this article will be aware, was that for all of its flaws (and believe me, XP still has a legion … including the difficult issue of how to wake gracefully from hibernation), Microsoft’s most popular operating system was relatively stable.

Vista, on the other hand, was not.

Following the Vista disaster, it took Microsoft three years and, no doubt, cost Windows President Steven Sinofsky (pictured, above) many of his rapidly dwindling grey hairs, for the company to fix its mistake and give birth to the sweet-smelling Windows 7, which the entire industry has embraced like the true heir to the Windows throne that it is … leaving the Vista usurper behind in the dust.

But now the company looks to be making the same mistake all over again.

No sooner has the company convinced major Australian organisations like the Commonwealth Bank, Telstra and virtually the entire Federal Government that it’s worth finally dumping Windows XP in favour of Windows 7, than the company has started its sales pitch for the next version. Speaking at a developer forum in Tokyo yesterday, bombastic Microsoft chief Steve Ballmer, of “developers, developers, developers” fame, made it clear that Microsoft was already several months pregnant with Windows 8 and had pre-booked in for the epidural.

“We’re obviously hard at work on the next version of Windows,” Ballmer told the bewildered Japanese. “We’ve done a lot in Windows 7 to improve customer satisfaction. We have a brand new user interface. We’ve added touch, and ink, and speech. And yet, as we look forward to the next generation of Windows systems, which will come out next year, there’s a whole lot more coming.”

Windows, Ballmer enthused, was shortly going to arrive on a whole tranche of different form factors. Desktop PCs, of course, but also tablets, slates, tablets, tablets. Did he mention tablets?

And its release is just around the corner, if veteran Microsoft watcher Mary Jo Foley is to be believed, which she usually is — with the first tech preview of Windows 8 to be released this September, the release to manufacturing version in mid-2012, and the full version later next year. Fuelled by Ballmer’s comments, there are those who suspect Sinofsky will choose the Wall St Journal’s All Things D conference next week to debut the next version of Windows for the first time.

There is only one problem with this glorious roadmap for the rollout of Windows 8: Nobody really wants it.

Sure, when the first technology previews of Windows 8 are released, about a billion geeks (including yours truly) around the world will instantly download the new software and install it in a virtual machine or on a second development box, slavering over minor user interface quirks and feverishly posting screenshots on blogs as they boast to their friends how they managed to hack this or that crucial bit of third-party software or driver to work on the new Microsoft hotness.

And the media will go crazy with stories analysing Windows 8’s every strength and weakness. Will the ill-fated WinFS storage system make a return? Will Windows 8 integrate at its core with Microsoft’s burgeoning suite of cloud computing offerings? Will the preview boxed copy come with a signed picture of Megan Fox reclining at her leisure on its cover?

But out there in the real world of actual consumers and businesses, very few people will be interested.

To most consumers, Windows 8 will likely look and feel pretty similar to Windows 7, which in turn looked fairly much like Windows Vista. The reality is that it will just be the default operating system they will get pre-installed on their laptop when they buy it from Harvey Norman or Dick Smith, or Dell.com. They won’t pay attention to it — it will just be there in the background.

Very few will see the need to immediately upgrade — and who can blame them? Operating system design has stabilised rapidly over the past half-decade, with Windows, Mac OS X and Linux appearing very similar to the naked eye, and even Apple finding it hard to come up with new features to add into its desktop platform.

Secondly, by mid-2012, when large organisations and even small to medium businesses will start to get their hands on Windows 8, hardly anyone will really want to. Most will not yet have finished the gargantuan task of upgrading their desktop and laptop fleets to Windows 7, and these kind of desktop migrations come around only every five years — the prospect of building a new Standard Operating Environment for Windows 8 will seem at that point to be the worst kind of self-flagellation.

The truth is that many organisations upgrading to Windows 7 probably clandestinely expect their new desktop operating system to last as long as the last one — a decade or so.

Microsoft also has a wider problem.

The introduction of the iPad and rival tablets based on Google’s Android platform is changing the fundamental nature of how people use computers. It’s not that much of an extrapolation to believe that many individuals (including at their workplace) will, by mid-2012, be conducting much of their computing directly via a tablet PC. I’m already speaking to Australian IT managers who are deploying 3G iPads to their sales teams with Salesforce.com bookmarked — where they used to deploy laptops.

The ability, which I have no doubt Apple is working on right now, for tablets to dock and become desktop PCs at need, will only accelerate this trend.

Microsoft is obviously aware of this fact, as Ballmer’s reference to Windows 8 on tablets makes clear, but it is also apparent that there will be little room for a third player in the tablet market after Apple and Google have carved it up between them … and even that is assuming the failure of existing alternatives from HP and Research in Motion (BlackBerry).

What all of this adds up to is a vast headache for Microsoft.

There are, however, some very viable options open for the company, given the existing strength of Windows 7. I believe Australians — early technology adopter nation that we are — would welcome some quite radical but completely optional user interface changes built on top of the existing Windows 7 platform.

It’s a truism that many people only refresh their operating system because of user interface changes, and Microsoft has already achieved some remarkable success with this path — leaving much of its solid mobile platform intact but building new hotness on top, in the form of Windows Phone 7. I’d like to see this approach come to the mainstream Windows family. Let’s build on top of solid foundations — not tear those foundations down every few years.

Alternatively, Microsoft could deploy Windows 8 less as a stand-alone traditional product and more of a mega-patch for Windows 7, which would cost less than a full release — say, $50 a pop — and be deployed through Windows Update to existing systems, guaranteeing full API and driver compatibility along the way.

Both of these less full-scale approaches would, I believe, be welcomed by Australian individuals and organisations alike, as they would allow people to get sweet new software candy without sacrificing stability along the way. In addition, Microsoft would gain a reputation for being a company for delivering what its users want, rather than what its engineers can dream up as the new hot feature — a reputation it has started to create with the success of Windows 7.

The alternative for Microsoft will not be good. I don’t want to have to start ringing people in late 2012 to ask if they will be deploying Windows 8. Because I already know what the answer will likely be. Not this time, Steve. Not this bloody time.