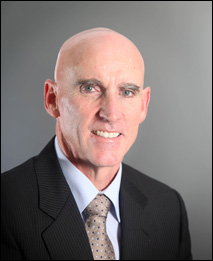 This article is by Mike Quigley, the chief executive of NBN Co. It appears to have been first published by The Australian newspaper and is reproduced here with NBN Co’s permission.

opinion The past week has seen the debate over the National Broadband Network take a disappointing turn. It has moved away from arguments over the pros and cons of building a ubiquitous network available to every premise in Australia to an unfounded attack on the integrity of myself as the chief executive of NBN Co and on my chief financial officer, Jean-Pascal Beaufret.

Our conduct is being brought into question for neglecting to mention, in the course of our interviews for positions at NBN Co, that a company we once worked for was subject to a settlement in a bribery investigation, a settlement that made adverse findings about the company’s internal controls. Some in the media have since suggested erroneously that we ourselves were being investigated.

Yet we are being maligned for events in which we played no part, for which we were never investigated, questioned or even contacted, but that we were subsequently instrumental in helping to resolve to the satisfaction of the legal and regulatory authorities.

The facts are these. In 2009 Alcatel-Lucent, a Paris-based telecoms company for which Jean-Pascal and I previously worked, made a US$137 million settlement with the US Securities and Exchange Commission and US Department of Justice. This settlement was the resolution of a five-year investigation by these agencies following the notification in 2004 by its predecessor, Alcatel, of suspected illegal activity by an employee in Costa Rica in collusion with another employee in France.

These two individuals, between 2001 to 2004, bypassed Alcatel’s established processes and policies, broke the law, bribed officials in connection with new telecom equipment contracts and pocketed Alcatel funds. One of these individuals was sentenced to 30 months in prison; the other, I believe, is still being sought.

When the company became aware of this illegal activity it notified the relevant authorities, including the SEC. In the following months it uncovered two further illegal acts: one in Taiwan, the other in Honduras. It then worked closely with the authorities in investigating the possibility of illegality in other countries. One was found in Malaysia.

Can Alcatel can be criticised for not having tight enough controls that would have prevented these illegal acts from occurring? Of course it can. But neither were the internal controls at many other multinational companies as robust as they could have been either.

Between 2008 and 2010 there were 44 settlements with the US SEC for infringements of the Foreign Corrupt Practices Act totalling $US3.3 billion. Alcatel was among well-known names such as General Electric, Siemens, Daimler, Shell, Fiat, Volvo and BAE Systems. This does not excuse Alcatel’s behaviour but makes the point that it is not easy to spot a rogue transaction in a company of 60,000 employees working in more than 130 countries.

What is instructive is how the company responded. As soon as the executive committee became aware of these events it publicly launched an inquiry and took immediate steps to inform and co-operate fully with all authorities.

I was running Alcatel North America and also Alcatel’s Fixed Communications Group until April 2005, then became Alcatel’s president and chief operations officer. Jean-Pascal joined Alcatel in 1999 as the deputy CFO and became CFO in January 2002. As members of the management committee we were both directly involved in improving processes and procedures once these matters were brought to its attention. An important part of the work was the compliance with the Sarbanes-Oxley standards, which Jean-Pascal personally led.

It is regrettable that some media outlets have sought to misconstrue these events.

While the leader in the The Weekend Australian said it did not suggest any impropriety on our part, it nevertheless counselled its readers to “be afraid, be very afraid” that I did not advise the government before my appointment of the likely settlement by Alcatel, a settlement relating to events in which Jean-Pascal or I were never involved.

It is disappointing that our integrity has been questioned over these events and a distraction from the important job we have in designing and building the NBN.