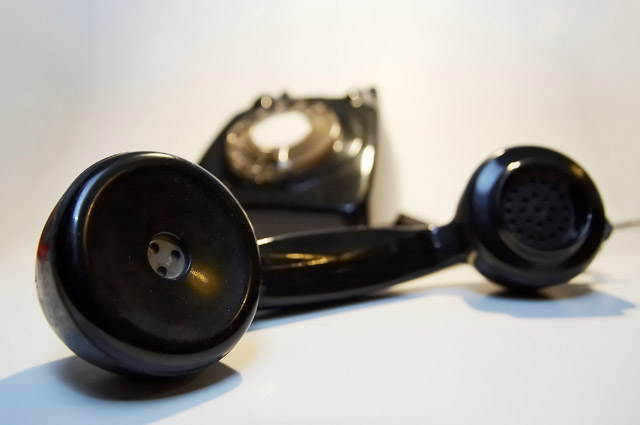 opinion Several years ago, I joined the internet telephony revolution. I switched my home broadband connection to naked DSL, disconnected my home phone, and signed up for iiNet’s iiTalk Voice over Internet Protocol solution.

At the time, I felt incredibly free. No longer tied by the shackles of $29.95 monthly plans and analogue signals, I was living in an all-digital world. My voice wasn’t bound to finicky copper wire; instead, it was narrowcast out across the internet, intelligent routing algorithms sending its wave forms to my target IP address whenever I would call a friend, a member of my family, or a colleague.

When I set up my own business in 2010 and needed a professional telephony solution, again I turned to VoIP.

Eschewing complex and costly small business telephony packages, I took the advice of many of my friends who had started their own companies, and signed up for a nice little package with internet telephony player Skype. Most of the awesome features offered by the big corporate telephony players were freely on offer … click to call, email integration, a number that would follow you around as you switched from work to home, email alerts when you received a voicemail, and more.

Combined with the price, Skype’s overall solution set was impossible to turn down.

However, as this year has worn on, I have found myself increasingly dissatisfied with my next-generation internet telephony solutions.

My iiTalk line has grown increasingly plagued with bugs over the years. Long STD phone calls are prone to dropping out, and my relatives complain they can hear an echo on the line. Sometimes it doesn’t even work at all, and we’ll receive a string of emailed voicemail messages as people try to call our house.

My Skype connection is even worse. It has become barely usable when calling mobiles and has difficulty with STD calls to locations like Canberra, where government bureaucrats have become used to picking up the phone and receiving a delay of several seconds of silence before they realise who they’re talking to. Sometimes voicemail messages won’t be delivered for days, or pop up at weird times in my Skype call list.

The frustrating thing about all this is that my equipment should be set up well for internet telephony. I’m running an iiNet-branded Belkin ADSL model which connects to the iiTalk service, with a normal house phone and a naked DSL connection synching at 16Mbps. It’s a similar situation at the office – again, it’s naked DSL, and we have the Annex M option enabled for faster upload speeds. All of my PCs are dual- or quad-core Windows 7 x64 boxes with plenty of RAM, connected by 100Mbps Ethernet directly to our ADSL modems. In short, it’s hard to see where the technical problem lies.

Because of these problems, this week I called iiNet and cancelled our VoIP service. We’re returning to the Public Switched Telephony Network. All of my calls from now on will be placed over the ageing copper infrastructure which the National Broadband Network will eventually replace. The switch will take down our broadband connection for several days, but at the end of the process it’ll be worth it.

I’m about to say goodbye to dropped calls, calls that don’t connect, weird connection delays and echoes on the line forever. I’m going back to a crystal clear telephone service which has worked well for the better part of a century now.

I’m moving forward back to the past.

Now, I don’t want to go too far and draw too long a bow between the experience of one telephony user with internet telephony and extrapolate that to the entire VoIP universe. There are countless individuals and organisations who are entirely satisfied with their experience using various combinations of the broad family of internet telephony, IP telephony and Voice over IP solutions (they each have slightly different definitions — and then there’s ‘unified communications’).

But I will say this.

Voice communications is rapidly becoming a commodity in our highly digitised society — a service that is gradually trending towards being free, provided through telecommunications connections (fixed or mobile) which you primarily use for other purposes. Find me an iPhone or Android user who primarily uses their smartphone for voice calls these days. They’re becoming a rare breed.

But our new networks are incredibly complicated compared to our old ones. The PSTN was simple, functional, and aimed to solve just one problem — how to connect the voice of one person in one location to that of a single person in another. There are a thousand factors which go into our modern telecommunications. Quality of service. The reliability of each network link jumping us to our eventual destination. Congestion on the network. Handover between different networks, including to mobile networks. Latency issues. Hardware and software functionality. All of these come into play when you place a call on a VoIP connection.

Much of these problems will be solved in the predominantly fibre world of the National Broadband Network — because the sheer incredible latency and bandwidth available via the next-generation infrastructure. But the potential for network congestion and poor connection hand-off still exists … and of course the quality of end-user equipment is often dubious.

In the years to come, it will pay for us to remember that obscuring technical complexity in our technology systems and ensuring quality of end user experience will be key. Some times — and in fact, usually — the simplest solution is obviously the best.