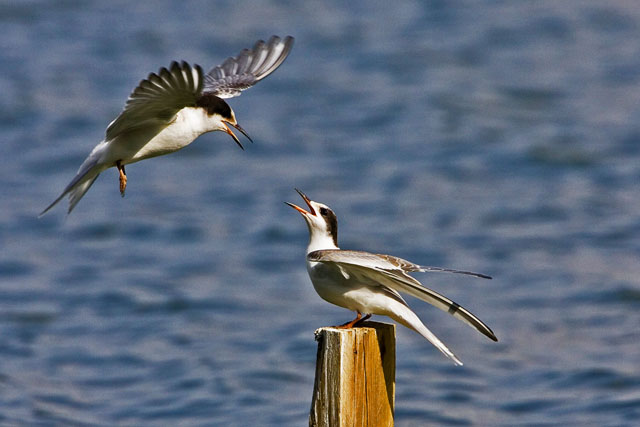 The National Broadband Network Company has published an extensive statement explaining its pricing rationale on broadband forum Whirlpool in an apparent attempt to comprehensively respond to continued strident criticism from industry luminaries Simon Hackett and Bevan Slattery about its model.

NBN Co had previously published a statement on the matter on Whirlpool last week on 9 April. However, the post appeared to do more to stimulate debate about its pricing model than quell it — with 28 pages worth of comments — representing hundreds of posts — racking up in a debate about the issue on the thread over the past week.

The debate about NBN Co’s pricing model as a whole was kicked off in late March when Internode managing director Simon Hackett gave a landmark speech describing the model as “insane” for small internet service providers, warning that none will survive their walk through the “valley of death” transition from the current copper network to the fibre future envisioned by the Federal Government.

In the new post, NBN Co spokesperson Scott Rhodie went into a great deal of detail about the mechanics of the company’s pricing model, which includes both a basic per user charge for connecting end user customers to NBN Co’s network (the ‘Access Virtual Circuit’), as well as a charge based on data usage (the ‘Connectivity Virtual Circuit’).

Hackett has argued for the balance between the two ‘$x and $y’ charges to be changed, with the CVC pricing to come down and the AVC pricing to rise.

However, Rhodie argued that NBN Co’s model aimed to be comparable to existing broadband charges so that ISPs could migrate their customers onto the NBN, pointing out that NBN also expected the CVC charge to come down in the longer term as customers used more data over the much higher capacity NBN network.

“We’ve tried to make the balance such that even more end users will come on and purchase higher speeds than we have predicted, which will then enable us to even further lower the usage (and possibly access) charges,” he wrote.

Rhodie also noted that NBN Co’s wholesale pricing model was also used in other markets around the world. “The balance may be different, based on their market dynamics, and how usage is charged may differ in some markets … Australia is at the forefront of how to price superfast wholesale broadband (NB wholesale, not retail), but it is not alone,” he said.

Overall, Rhodie emphasised that NBN Co took consultation with the telecommunications industry very seriously. “… by joining Whirlpool we wanted to open a new avenue for interaction and transparency,” he wrote.

“NBN Co has come up with a wholesale pricing construct that we think best meets the objectives set for us by our shareholder, the Commonwealth Government. What has been published is simply what we regard as the most appropriate way to recover the cost of the network in light of these objectives. Other people will no doubt have a different view, but as [Whirlpool user] Myne noted: “Will there be a consensus on every point? Hell no.”

Most users have overall welcomed NBN Co’s engagement in the forum as a positive sign of the company’s willingness to engage, however Rhodie’s post was met with howls of protest from at least one quarter.

“This is disgraceful,” wrote PIPE Networks founder and NEXTDC chief Bevan Slattery on Whirlpool in response to Rhodie’s post. Slattery has been a long-time critic of the NBN proposal as a whole, and has joined Hackett in recent weeks in criticising the company’s pricing model.

“NBN Co is trying to misrepresent and mislead the public about the true costs to all Australians. The capacity and customers experience this is being built from based upon your own business plan simply is not representative of these examples,” Slattery wrote.

“So instead of giving real world examples to the plans that are 1,000GB per month, NBN Co decides to not respond for a week and fails to reply to some other real world examples. It retorts with fluff from marketing about $x and $y. NBN Co doesn’t appear to have the courage, conviction nor confidence to give all Australian’s a view of what the real cost of its vision is.”