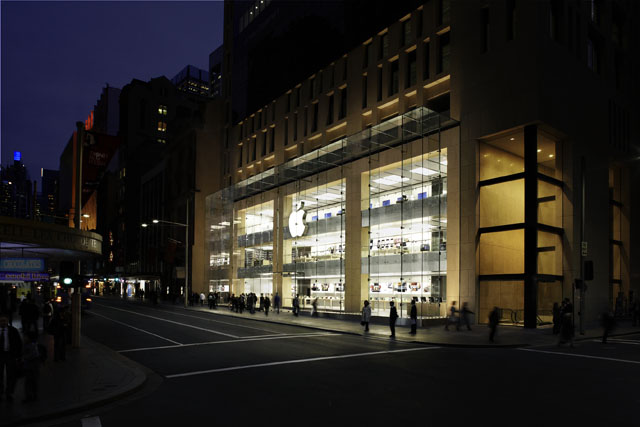 blog Another year rolls on and another Apple store is being planned, this time in the sunny geography known as ‘South Melbourne’. Normally this would be a cause for celebration and the creation of midnight queueing plans. But a note of bitterness has crept into the ritual: What’s that? There’s already an Apple reseller store there? Shock! Writes Raj Deut on his blog I Don’t Quite Know:

“… spare a thought for Apple reseller Computers Now. Their head office and showroom currently reside upon a corner of Clarendon St, South Melbourne’s main retail strip and what is most likely to be the home of the alluded Apple store … Salt in the wound when you consider that the two Apple retail stores currently operating in Victoria have also parked themselves squarely on Computers Now’s doorsteps, firstly at Chadstone (a store which has since closed) and Doncaster (a whole 100 metres away on the same floor of the shopping centre). Not only have Apple kicked them in the balls but I’d say they’ve fair cut them off too!”

This phenomenon is being felt in Sydney, as well. In Bondi Junction, Apple opened a new self-branded store literally 100m around the corner from the popular and successful My Mac reseller. It’s a common sight to see Apple fans lining up around the clock at the Bondi store when a big launch is on … while the My Mac store around the corner is a bit more … empty.

All this reminds us of the comments made by maverick local consumer electronics entrepreneur Ruslan Kogan earlier this year, when he claimed that resellers like JB Hi-Fi were “Apple’s bitch”. However, it doesn’t look as though Apple is planning to shut down its third-party network any time soon — the iconic technology giant is certainly taking its sweet time rolling out its own self-branded stores. At this rate it will be a decade before they cover Australia as a whole.