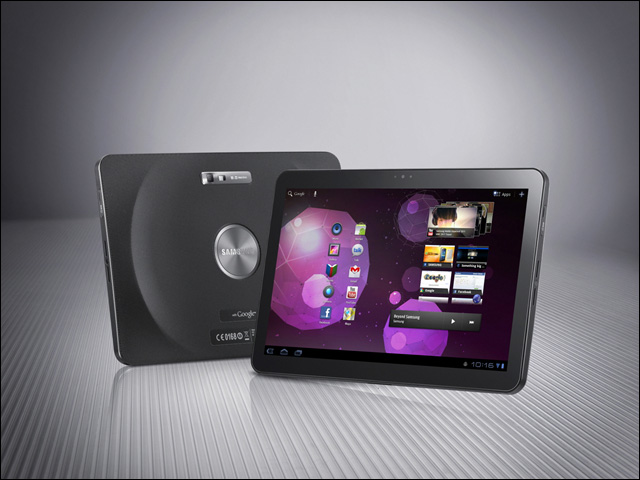 Korean technology manufacturer Samsung this morning revealed it would launch the new, 10.1″ version of its Galaxy Tab tablet device exclusively through Vodafone in mid-April, undercutting the price of its smaller 7″ model significantly by introducing the tablet at the price of $729 outright.

When Samsung’s first, smaller 7″ Galaxy Tab launched in Australia in the closing months of 2010, some saw its $999 price as being too high, given Apple’s larger iPad could be bought for several hundred dollars less — $799 for the 16GB 3G model. The new pricing on the 10.1″ model will bring the device more in line with prices on Apple’s iPad 2, which has also reduced in cost compared to the first iPad and will go on sale this Friday.

Samsung’s 10.1″ Galaxy Tab will go on sale initially exclusively through Vodafone in mid-April, the company said today, although Gizmodo has reported the device will not be locked to any particular carrier. Customers can buy it outright for $729 and receive 6GB of included data quota, which will expire after three months, or pay an upfront payment of $259 plus $39 per month over 12 months — and receive 1.5GB of quota per month.

The Galaxy Tab 10.1 is one of the first devices to be released running version 3.0 of the Android platform, which has been re-designed for the tablet form factor, in competition with the device currently dominating the local and global tablet markets — Apple’s iPad.

“We are excited to partner with Vodafone to launch this limited edition tablet as part of our expanding range of tablet devices,” said Tyler McGee, vice president of telecommunications, Samsung Electronics Australia. “Samsung continually strives to deliver leading, first to market technologies and the Samsung GALAXY Tab 10.1v is no exception.”