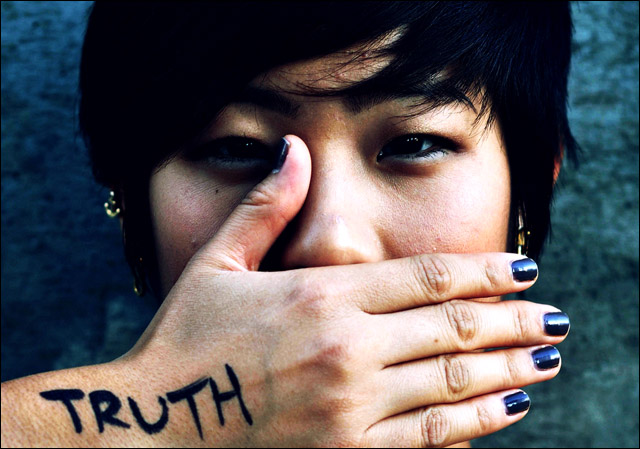 This post is by Michael Wyres, is a fifteen-year veteran of the IT industry who has covered roles in the public and private sectors across network engineering, support and development. He currently works as a VoIP solutions developer for a private company in Melbourne. This article was first published on his blog, Musings of a Geek, and is re-published here with his permission.

opinion On my way home from the office yesterday, I caught an extraordinary speech from the House of Representatives from Member for Macquarie Louise Markus in regards to a motion to have National Broadband Network (NBN) enabling legislation read in the House for a second time.

Listening to her speech, I was repeatedly flabbergasted by just how inaccurate large swathes of her speech were. I kept asking myself, where did she get her ideas on what the NBN is, from? Where did she get such dumb ideas? So I thought I’d examine some of them one by one. These quotes are taken directly from her speech, as found in the House of Representatives Hansard, 28th February, 2011 (PDF):

“Now is not the time to commit to a $50 billion spend on a technology that is no better than other technologies being used across the world today – wireless, DSL, HFC cable and other systems that deliver fast broadband.”

FALSE: Exactly what performs “better” than optical fibre? I mean, is someone going to develop warp technology to bend space-time anytime soon, so that we can move things faster than the speed of light? Even Albert Einstein himself only postulated that this kind of thing MIGHT be possible – he never proved it beyond theoretical calculations.

I pre-emptively nominate the Member for Macquarie –- or for that matter, anyone in the Coalition –- for the Nobel Prize in Physics, and recognition as the brightest scientific mind in history if they can pull this one off! Hell, it would even enable Star Trek-style intergalactic space warp travel – so I wish them good luck with it! Let’s try another one:

“Ploughing $50 billion into the NBN –- most of which will be spent digging trenches and laying pipes –- at a time when reconstruction after natural diasters and a once-in-a-century mining boom compete for resources is a guaranteed way to ensure taxpayers do not receive value for money.”

FALSE: The deal between Telstra and NBN Co for access to EXISTING ducts and conduits — which most analysts agree is almost certain to meet with Telstra shareholder approval — will largely eliminate the need for the digging of trenches and the laying of pipes for street level work. These pipes and ducts have existed in the most part, for sixty years.

“What we do know now, after intense pressure from the opposition, is the reluctant admission by the Labor government that households will have to foot the bill to connect the cable from the road to the home.”

FALSE: Any homeowner who chooses not to have the “road to the home” cable installed at the time of the initial rollout in their street will have to pay for someone to come back and do it at a later time, but EVERY Australian premise in an area to be served by fibre will have the chance to have this done during the initial rollout at zero cost to themselves. Free. Zero. Zilch. This is the so-called opt-in/opt-out debate which clearly the Member for Macquarie does not understand, has chosen to ignore, or hasn’t even bothered to research.

“What we do know now, after the spotlight of public scrutiny was shone harshly by the Coalition on the Labor Party, is the plan to dig up our roads and freeways, city and suburban streets, footpaths and utilities trenches to lay the cable.”

FALSE: They’re digging up freeways? I would challenge the Member for Macquarie to show us any single road –- freeway or city/suburban road -– that is planned to be dug up. Where is the information supporting this statement? Even if it is required (there will probably be isolated examples of minor roads), will NBN Co not restore them?

As for footpaths? Some might be briefly closed for public safety while workers are active in areas, but “dug up”? Some might — or might not — get damaged during works, but as happens now, any contractor performing public works that damages other public infrastructure, must restore that infrastructure to its original condition.

“A resident of Bilpin, Kylie Docker, contacted me, seeking an answer to the question: ‘Who will pay the cost of connection from the road to the front door?’ Kylie lives on acreage and the family home is a long distance from the road.”

MISINFORMED: Nobody will be paying the cost of installing a cable connection from the “road to the front door” of Kylie Docker’s house. Anyone living on “acreage” that is “a long distance from the road” will not see their NBN connection served by fibre.

The town of Bilpin is situated in NSW’s Blue Mountains, approximately 90 kilometres from Sydney. A quick look at NBN Co’s published coverage information for New South Wales does not list Bilpin inside the fibre coverage area. It’s not even in the wireless coverage area, meaning it gets satellite coverage.

No “road to the front door” cabling for anyone in Bilpin, Ms Markus! Bilpin is getting satellite coverage. This information is freely and publicly available. I managed to look it up in less than thirty seconds – I’m sure the Member for Macquarie could have too.

“The NBN will initially be a stand-alone wholesale provider that provides layer-2 bitstream services to retail service providers who in turn provide services to end customers. It is not allowed or set up to do retail. How then is the NBN allowed to supply network services to gas, water and electricity utilities, transport operators and road authorities — even though the provision of such services to these entities is an existing and valuable business opportunity for Telstra, Optus and other carriers? Is this selective retail creep?”

MISINFORMED: This is just a complete facepalm. Telstra, Optus and other carriers will still provide such services to utility companies, just as they do now. Currently they wholesale from Telstra Wholesale – (as distinct from Telstra) – and sell to the utilities. In the NBN world, they’ll wholesale from NBN Co instead.

So what was the point of this statement? Nothing technically changes. Things will be cheaper, faster, and less open to market manipulation by the dominant, incumbent wholesaler, but you get that.

I respect the Federal Opposition’s right to oppose anything and everything they choose to in Parliament, but seriously, folks — maybe check out some of your facts first? Ms Markus, you’re now on record forever (in Hansard) as making some truly ridiculous and inaccurate statements. I sincerely hope that you’re proud of them!

Whether or not any of us is a supporter of the NBN, I think we as the Australian people would be much better served by some fair and reasonable debate based on facts, rather than the spewing out of inaccurate, and misinformed spin! Where do they get such dumb ideas?