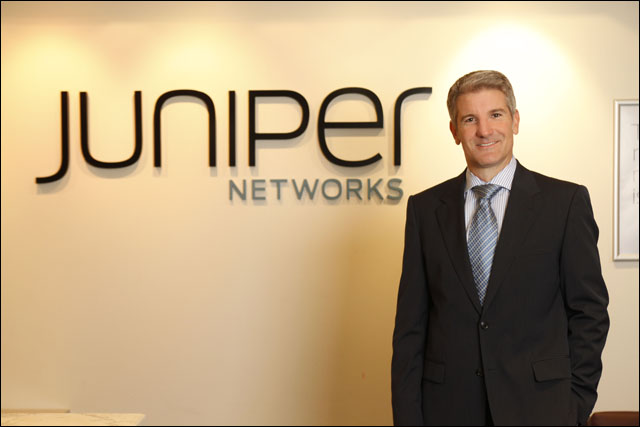 Network infrastructure provider Juniper today revealed Mark Iles (pictured) would be its new vice president for both Australia and New Zealand, following the departure of its long-serving local chief Shaun Page for a role with the company in the US.

Iles will be based in Sydney and will take responsibility for driving the economic growth of the company across the service provider and enterprise markets. The role of vice president was previously held by Shaun Page — who moved to the United States where he has been appointed Juniper Networks’ global vice president of Service Provider Alliances. Page has led Juniper in Australia for the better part of a decade and is well known as a local stalwart of the Australian telecommunications industry.

Juniper Networks executive vice president of worldwide sales, John Morris, said Iles’ expertise would help the company to grow in the market. “Mark’s industry experience has given him an intimate understanding of the marketplaces in both Australia and New Zealand,” he said. “Mark will bring a customer service-led approach which will continue to extend Juniper’s leadership position in the marketplace.”

Prior to joining Juniper, Iles had worked for five years as Australia and New Zealand chief executive of leisure industry solutions provider Centaman Systems; a role which he held after having been the general manager of business markets at Vodafone Australia for three years and having worked in different senior roles at Microsoft Australia during a seven-year tenure.

Commenting on his appointment, Iles said Juniper was well positioned in Australia. “Having made a number of product and strategy announcements last year, as well as significant acquisitions, Juniper Networks has carried strong momentum into 2011,” he said. “This is a great time to be taking up the reins in Australia and New Zealand and I look forward to helping provide even greater support and competitive advantage to Juniper’s customers.”