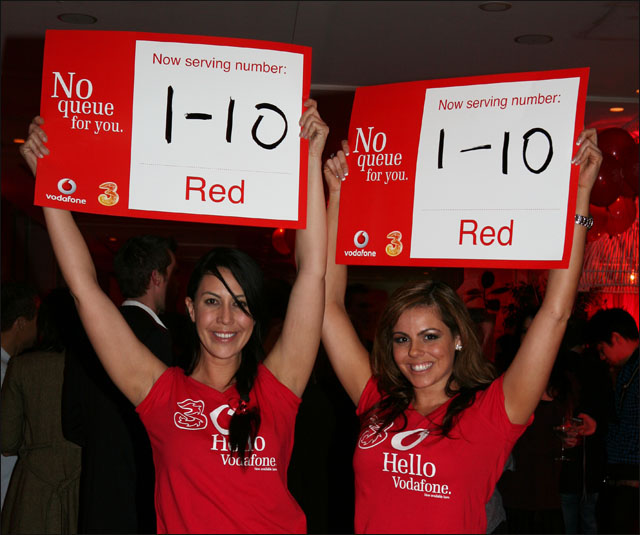 Vodafone accountability website Vodafail today opened up a new and dramatic front in its ongoing war against struggling mobile telco VHA, dumping a 30 page opinionated report on its head that the site claimed documented a history of failures, both technical and human, over the past few months.

The report, dubbed Vodafone’s situation: Yesterday, today and tomorrow and available online (PDF) was put together by Sydney resident Adam Brimo over the past month, using data collected from user submissions to his Vodafail website since it was established in early December. Brimo has submitted the document to regulators the Australian Competition and Consumer Commission and the Australian Communications and Media Authority.

In the document, Brimo notes the aim of publishing the report is to provide “an insight into the scale and complexity” of VHA’s network and customer service issues over the past few months from October 2010, as well as the potential causes of those issues, and potential resolutions.

For example, it documents that Vodafail.com has received some 146 complaints about customers not receiving voicemail or SMS messages on time; that 446 Vodafone customers didn’t like its automated voice response system (dubbed ‘Lara’) and that some 6,242 customers had complained that they did not have phone or data reception in an expected coverage area.

“Vodafone’s current situated appears to be the result of underlying network issues [and] poor customer service exacerbated by the difficulty customers have both in getting in contact with Vodafone and the lack of accurate information being made available by Vodafone,” Brimo writes in the report.

According to Brimo, writing in the report, possible causes of VHA’s woes include technical and business philosophy problems stemming from the merger of Vodafone and Hutchison which created VHA, poor communication with customers, and the possibility that VHA acquired too many new customers thoughout the past year and may not have invested sufficiently in its network to support growth.

In the report, Brimo notes there would be no “immediate solution or resolution” that could fix VHA’s problems overnight.

“However, there is no doubt that a number of the problems Vodafone is experiencing could have been alleviated through better communication with its customers,” he wrote, comparing VHA’s handling of its crisis unfavourably with similar corporate issues suffered recently by the likes of Skype and the National Australia Bank.

Not all of the Vodafail report is based on hard statistical evidence from complaints on the site, however. Brimo notes in the report that some of his information is provided by anonymous VHA employees — and “therefore cannot be verified”.

The report contains anonymous emails from what Brimo states are VHA employees, and Brimo states that much of his speculation as to the possible causes for VHA’s problems is based on first-hand research and publicly available information rather than official information provided by VHA itself.

The report also contains a number of opinionated or speculative statements. For example, Brimo notes that a number of staff appeared to have left after the VHA merger. “This reduction in costs may have been a desirable result for VHA as a significant portion of the synergies in the merger would be a result of fewer retail stories and fewer staff,” he wrote.

VHA has been contacted for a response to the report, but has not yet made a statement on the issue.

However, over the past month a number of the company’s executives have publicly apologised for the problems, and the company has posted frequently on its Vodafone blog to update customers on action it was taking to remedy their problems. Despite this, as the report was released tonight, a spokesperson for advocacy group the Australian Communications Consumer Action Network slammed VHA’s response to the crisis, describing the situation as an “information vacuum”.

“Adam deserves all of our thanks for his effort in setting up the Vodafail.com website and taking a month out of his life to run it,” said ACCAN director of policy & campaigns Elissa Freeman in a statement released with the report (PDF). “Prior to Adam setting up Vodafail.com, many customers thought they were alone in experiencing problems because Vodafone failed to let people know what was going on.”

The advocacy group claimed Vodafone had not only damaged its own reputation by “failing to be up-front with its customers”, it had “damaged the industry as a whole”.

ACCAN said in its statement that Brimo also wanted the publication of the report to mark the conclusion of this “unexpected” chapter in his life and allow him to return to normality. Since launching Vodafail, Brimo has conducted a number of interviews with the press and has exited his own mobile contract with Vodafone — although he has refused to say if he has found a new provider, and plans to speak out through the media on the issue no more.